Many marathoners search constantly for the magic bullet that will make them faster over 42.2K. It’s usually some secret interval workout or tempo run that they believe, if done weekly, will bring down their marathon time. (They’re also usually very strict about not running farther than 35K in training.) But ultrarunners who also run marathons know something the rest of us should consider: the secret to running faster may actually be running longer. 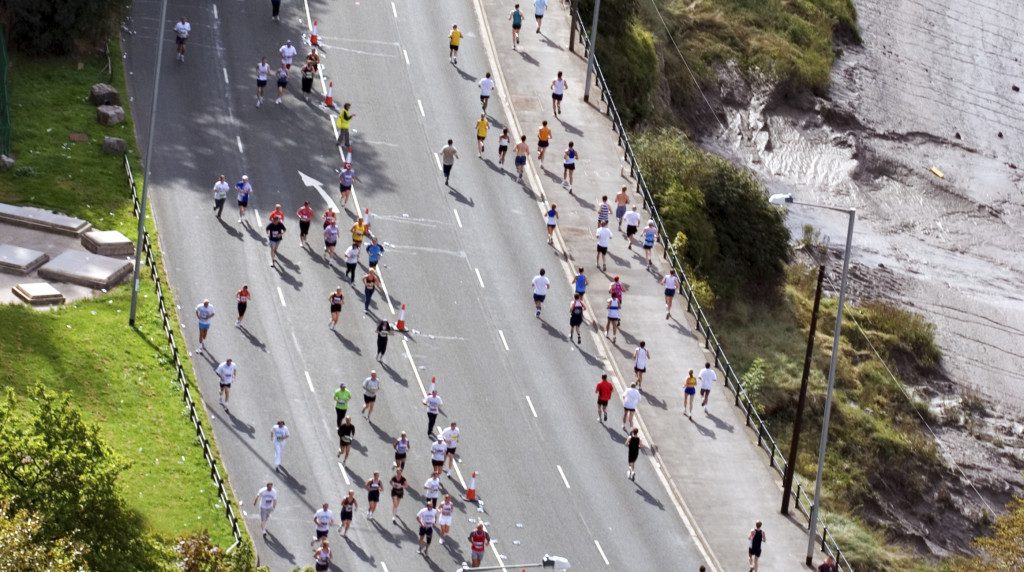 Calgary-based running gait analyst and running strength coach Malc Kent of Runfisix says:” Ultras make your body very efficient, from how you utilize digestive nutrients and fuel stores to how you move and use oxygen to burn free fatty acids. So when you run a marathon you carry over these efficiencies, meaning you have to do less internal work to run a given pace.”

There are many examples of this among elites like Western States course record-holder Jim Walmsley, who is currently training for the U.S. Olympic Marathon Trials on February 29, 2018 Boston Marathon champion Yuki Kawauchi (who races almost constantly, and who loves to race ultras), 24-hour world record holder Camille Herron, who comes from a marathon background, and now shifts easily between road and trail ultras, and Gene Dykes, the second 70-year-old to go sub-3 in the marathon.

Dykes wrote a terrific story for Podium Runner on how he and his coach, John Goldthorp of Philadelphia, started to realize that his 50K, 50-mile, 100-mile and even 200-mile races (which he does purely for the enjoyment of nature and of pushing his endurance) were making him faster in road marathons–and then made them part of his plan to get faster over 26.2 miles.

For Dykes, the faster marathon times have been a happy side effect, rather than a reason to run ultras–and he encourages other marathoners that there’s a whole other world beyond 26.2: “I must admit, even if ultra trail running were detrimental to my road and track racing, I would still do it. It’s so exhilarating to run in the wilderness, seeing incredible scenery, watching the sun set and rise again, and sharing the experience with the fabulous set of runners in the ultra community. I’m firmly convinced that everyone should do it!”

Kent adds that there’s also a major psychological aspect to ultrarunning that will benefit your marathon results: “Ultras make runners more mentally resilient and tend to force runners to pace themselves better. I’ve heard runners say that when they switched down to a marathon, the time passed faster and mentally it felt pretty straightforward.”

This is echoed by Goldthorp, who describes how ultrarunning benefitted Dykes’s mental game in the marathon: “When you’ve run 50, 100, 200 miles at a stretch, and you stand on the starting line of a 26.2 mile race, it just doesn’t seem that long. His ability to focus, stay calm, maintain an even keel, and work through mid-race challenges is incredible. These are skills that one develops through ultra running.”

In the private Facebook group Boston Marathon Training (Boston Buddies), Dykes recently posted the following (which we share with his permission): “In another thread, someone asked when and what distance would be everyone’s longest training run for Boston. Those who don’t know me may have thought I was kidding when I responded 100 miles about 10 weeks beforehand. Those who know me may have thought I’m slacking off because last year I ran two 50’s, one 100, and a 200-miler during the training period for Boston (where I ran a 10 minute Boston PR).

“I mention this because you just won’t find running big ultras in any of the conventional training plans. But it works! When you can run 100 miles, you have built the kind of big running base that can then be converted into the speed and endurance needed for a strong marathon performance with just 10 weeks of targeted training. More runners should consider dividing their year up into an ultra season and a marathon season.  Besides, variety is the spice of life!”

Dykes is currently racing the Tarawera 100-miler in New Zealand, after which he’ll do 10 weeks of training for a Boston Marathon/London Marathon double this spring. “This will involve road racing (including a marathon and two half marathons because racing more often is another good tactic not found in most racing plans),” he says, “and a lot of good targeted workouts.”