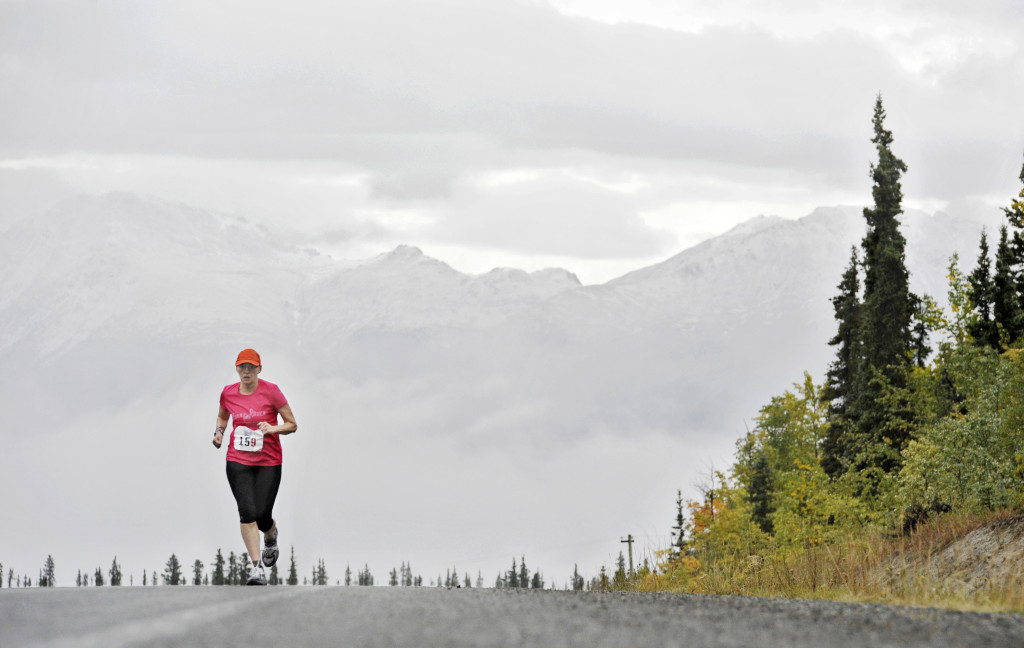 We used to call it the “hill from hell.” It was set so far into the back trails of the Dundas Valley Conservation Area that we’d often make a couple of wrong turns just trying to find it – a long, steady climb up the Hamilton escarpment that got steeper as you neared the top and never seemed to end. I’m not sure how much my training group enjoyed it, but I loved our workouts on the hill because it forced us to work on many different aspects of hill climbing all in one, painful package. Getting up the hill took about four minutes and, at the top, the trail looped around so we could continue back to the starting point. That meant I could have people aim for a specific number of repeats up the hill, or, as was my favourite, set out a challenge of trying to get as many loops done in a set amount of time.

Increasing your turnover is helpful whenever you’re running on trails because you’ll be able to react to the varying terrain much better.

Before each workout I’d challenge the group to focus on a different aspect of hill running in the hope that they would:

1. Work on a specific aspect of their technique and 2. Have something else to think about other than how much they hated me for all the pain they were going through.

So what did I have them think about?

Whenever you’re running up a hill, you want to try and pick up your stride rate. In essence you need to shorten your stride. Because of the grade of the hill, your foot is going to hit the ground sooner, anyway, so there is no point fighting it. Think about moving your legs a little quicker with a shorter, faster stride. One way to do that is to lift your arms up a bit. While your arms don’t actually do anything to move you forward, they can help with your turnover. Think of your arm as a pendulum. A longer pendulum takes more time to move back and forth. If your arms are straight, they’ll take longer to move back and forth. If you can shorten that pendulum a bit, it’ll be easier to move your arms faster, and your legs will follow suit.

Increasing your turnover is helpful whenever you’re running on trails because you’ll be able to react to the varying terrain much better. Short, quick strides through a bunch of roots, for example, will make it easier to maintain your speed and tempo.

You want to be in a forward position with your hips in front of your feet and your shoulders ahead of your hips. That forward lean needs to come from your feet up – you don’t want to bend over at the waist. When you’re heading up a hill, lean a bit more forward so that you can drive up the hill using your quads and glutes. You should feel like you are pushing yourself up the hill rather than pulling yourself up with your hamstrings.

The strongest hill runners I’ve ever seen don’t always try to blast away from everyone while they’re going up. Many are content to run at a more controlled pace that is easy for them and a lot tougher for everyone else. Then, once they get to the top, when their competition is desperate for a break, they push the pace because they’re not as winded.

The “hill from hell” was perfect for working on pacing because if you went too hard at the bottom of the hill, you’d struggle at the top. There were a number of “false peaks” (you’d think you’d reached the top only to see that you had a ways to go) so you had to be careful not to put in one final energy-sapping burst.

Relax on the Downhill

Remember when I talked about shortening that arm length going up? When it’s time to head down, it’s really important that you relax your arms and shoulders, maintain that forward position and avoid sitting back on your heels. Fast trail running descents require lots of attention to the ground ahead, too. Your goal should be to maintain as close to your flat terrain running form, turnover and tempo on the descent.

As painful as it might have been, those workouts on the “hill from hell” were great because they forced us to focus on every- thing that’s required for fast, uphill trail running. By doing the workout as a loop, we learned how to go up and down hills fast. Also, since the trail was pretty rough, we were forced to pay lots of attention to the terrain, which made it made it easier not to think about how much it all hurt, no matter what we called that hill.