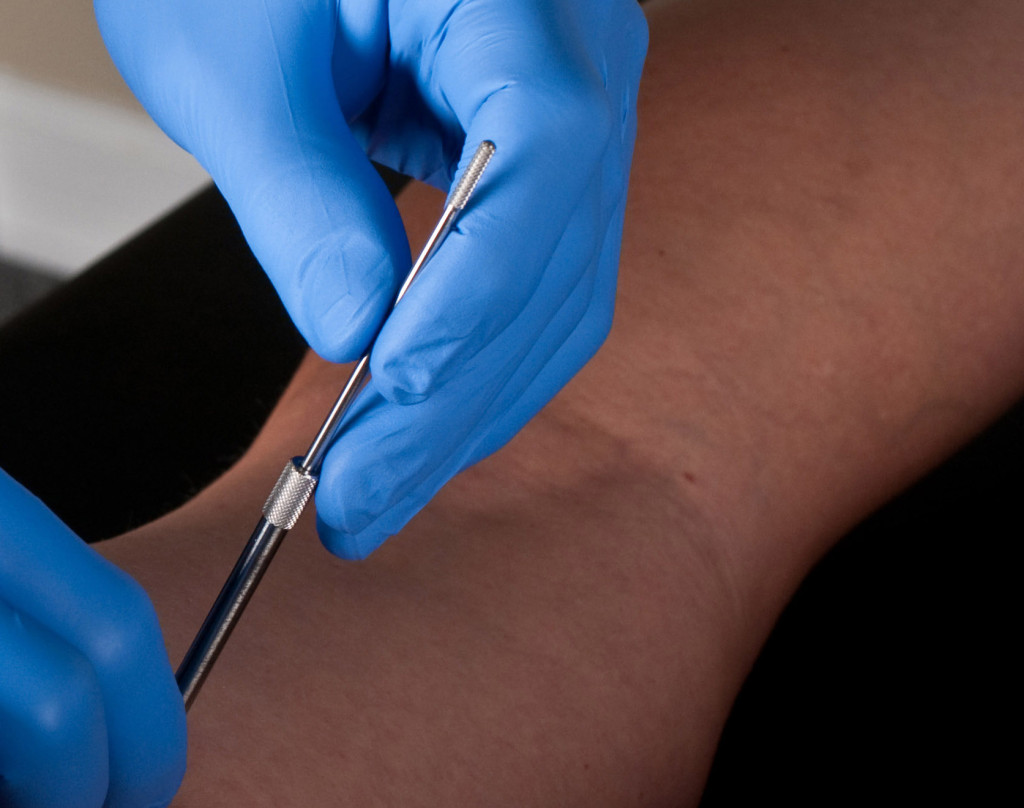 As its name suggests, dry needling involves having a needle plunged into your skin so that it touches your muscles on key points. The technique is often called trigger-point needling and it’s meant to help release tight muscles. Dry needling differs from acupuncture in that it doesn’t follow acupuncture’s classic pattern of needle placement.

You might think getting a needle jabbed into the muscle would be painful. No more than deep tissue massage, says Jordan Burgess, a dry needling practitioner and owner of Ottawa’s Momentum Physiotherapy clinic. According to Burgess, people get hung up over the idea of something sharp penetrating their body, and often after a first session swear they’ll never have it done again. “Then they come back and say, ‘I can’t believe I’m going to ask you, but I want you to do those needles again. It was the best relief I’ve had in years,’” he says.

The people Burgess sees haven’t had success with traditional physiotherapy. The next alternatives for them are either surgery or completely giving up their activity. “The needling has given them the ability to go back fully into whatever they want to do.”

Burgess studied in Vancouver in 2007 with Chan Gunn, a leader in this particular needling technique. Gunn used to work with the Workers’ Compensation Board as a physician and used acupuncture needles. At points, he’d work a needle into a patient’s back a little deeper than intended and notice a muscle twitch. Upon returning, his patients reported they felt better and asked him to do it again.

That muscle twitch can be surprising for new patients, but the involuntary twitches aren’t painful. After a session of dry needling, it’s normal to have a day of delayed onset muscle soreness, and if a needle hits a blood vessel, some bruising can occur. Also, depending on how nervous people are, they can feel queasy.

When Burgess returned to his practice, he says about 40 people in Ontario, out of roughly 7,000 physiotherapists, were doing some form of needling. But because there are more people teaching the tech- nique now, dry needling has become much more common. “It’s taken off because it’s a very powerful technique.”

Burgess advises needling to be part of a full treatment approach. “If some- body is looking for a quick fix and has an underlying biomechanical problem, then needling is not going to work for them.” You also don’t need to wait until you have a traumatic or serious injury to get treat- ment. If someone comes in with a chronic tight hamstring, for example, Burgess says they’ll do some work on the hamstring and their back. “They can run better than they’ve run in years because that limiting factor has been taken out.”