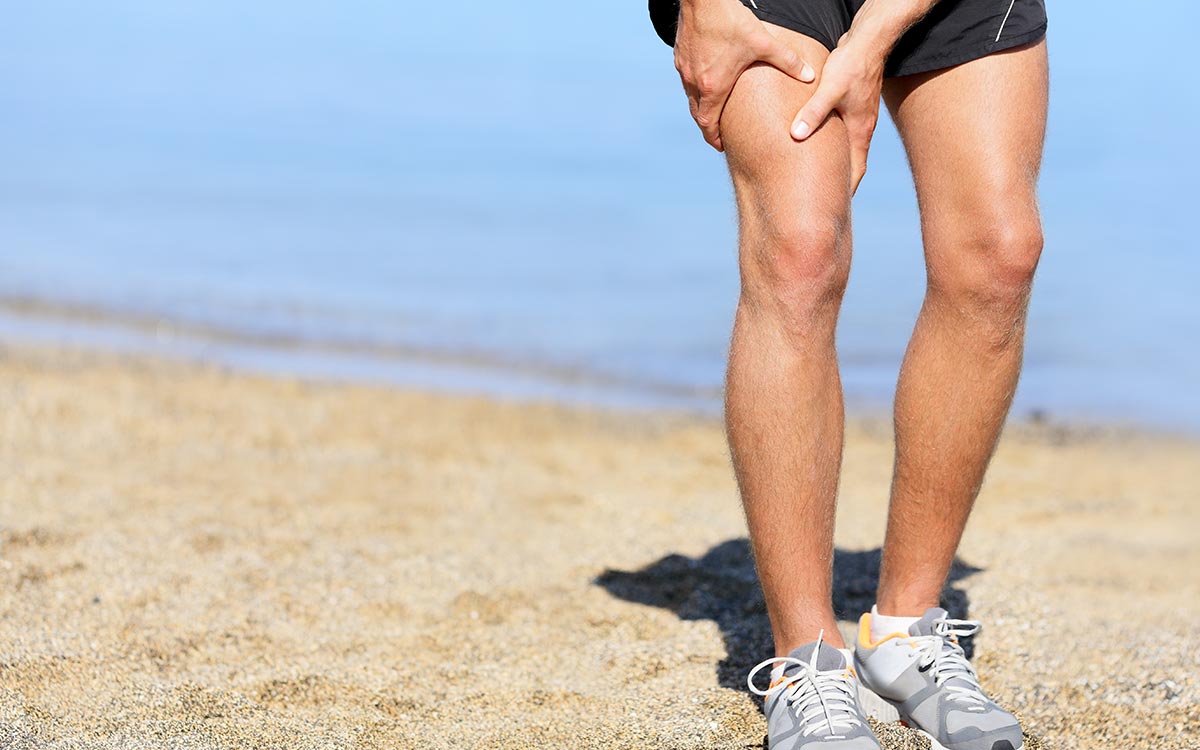 If you’re a newer runner or if you recently completed a longer race like a half or marathon, you’re probably well acquainted with the concept of ‘DOMS.’ Delayed onset muscle soreness, or DOMS, is exactly what the name implies. It’s a dull pain and soreness that affects the muscles of the lower body–often the calves, quads and hamstrings–and sets in (and intensifies) in the 24 to 48 hours following a hard run or race. Initially they may have you wondering about injury, but there’s a difference between soreness and injury.

RELATED: Dealing with an injury? A survival guide

DOMS is nothing to be overly worried about and is actually a typical part of training. It’s caused by damage to the muscle–usually very small micro-tears to the fibres–as a result of excessive and prolonged impact like longer runs and races.

Another common cause of DOMS in eccentric exercise which refers to when a muscle lengthens at the same time that it contracts. Running downhill is a great example of this. As you descend, your quadriceps contract to bend your knee but also lengthen at the same time. This is why many runners complain of DOMS specifically in and around their quads after any hard downhill run or race.

The good news is that DOMS is a relatively temporary condition and usually subsides after a few–three to five–days. It can however take as long as a week or even more in some cases. Like after running the Boston Marathon for example.

RELATED: Running Boston on Marathon Monday? Tips and tricks to ace your race

To speed up the recovery process, avoid running for a few days when soreness is at it’s worst. If you feel you need to do something in the form of physical activity, try some form of cross-training such as cycling, spinning, swimming or water running instead. Pain-relieving medication such as Advil and Ibuprofen will mask the pain but also inhibit the body’s natural anti-inflammatory response. As such, they are not advised. Instead, try an ice- or epsom salt bath in combination with some gentle stretching and low-impact activity to hasten the recovery. Once the pain is (mostly) gone, you can resume running but avoid harder efforts and longer runs until you are entirely pain-free.