As a general rule, female runners sustain more knee injuries than their male counterparts. The most common recommendation to women to fix this is to strengthen their glutes and hips, but new research suggests that by creating a more active arm swing, female runners can achieve a smoother stride and decrease their risk for running-related knee injuries. 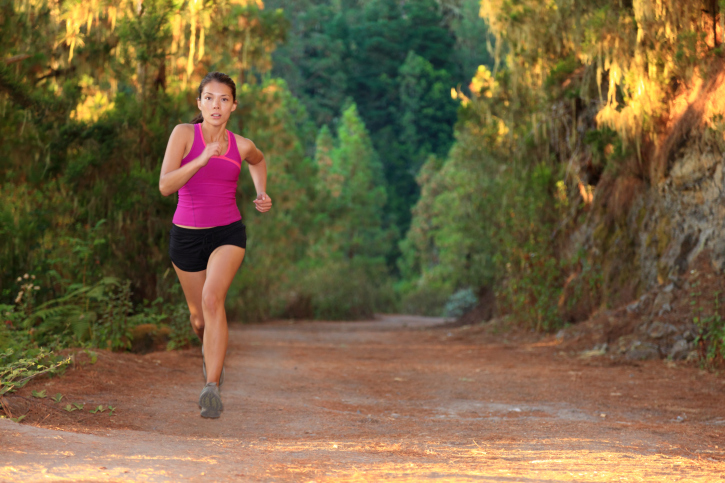 RELATED: Women and endurance running part one: how to train with your cycle

One of the most common reasons women are more prone to knee injuries is that they have a wider pelvis, which creates a sharper downward angle of their thigh bones. This causes them to bend their knees toward the midline of their bodies, putting more pressure on their joints. Women are often encouraged to strengthen the muscles in their glutes and hips to correct for this, but a recent study suggests that women should also consider their upper body when they’re trying to improve their running economy.

The researchers conducting the study analyzed the whole-body kinematics of 12 female and 11 male runners to understand how their hip movements correlated with the movements of other body parts. Their analysis found that females showed more hip adduction (i.e. — moving toward the midline), which appeared to be connected to more rotation in their pelvis and upper bodies. The reason for this connection is that your upper and lower bodies work opposite to each other to balance out their movements, so as your lower body rotates in one direction, your upper body will rotate in the other direction. The researchers suggest that because men have wider shoulders and greater overall mass in their upper bodies, this counter-balance is more effective. Women, they say, with their narrower shoulders, can run with less hip adduction if they increase the action of their arms. Check out the video below of Brigid Kosgei on her way to breaking the women’s world record in the marathon to see how she uses her arms while running:

“Taken together, these findings suggest that gait-retraining interventions with the goal of preventing knee injuries in female runners with excessive hip adduction should include instructions to actively increase arm and upper body swing in order to allow landing with a less adducted hip,” they conclude. You can read the full study here.