Jim Walmsley, the Western States Endurance Run record-holder and World Mountain Running champion, had an unfathomable week of training from December 9 to 15.

According to Strava, Walmsley completed 243K of running coupled with 4,371m of vertical in seven days. Over those seven days of training in and around Flagstaff and Phoenix, Arizona, the runner burned 14,701 calories and hit a different route every day. It was Walmsley’s biggest week of the year.

Walmsley’s Wednesday workout was done with Canadian Rory Linkletter, who recently ran his marathon debut at the Scotiabank Toronto Waterfront Marathon in 2:16:42. They ran roughly an 11K fartlek workout, getting down to 3:09 kilometres by the end. There’s a chance that Walmsley has been doing some track work to turn his legs over in preparation for the upcoming US Olympic Trials. He qualified for the trials just under one year ago, running a 1:04 at the Houston Half-Marathon. The trials run this February in Atlanta. 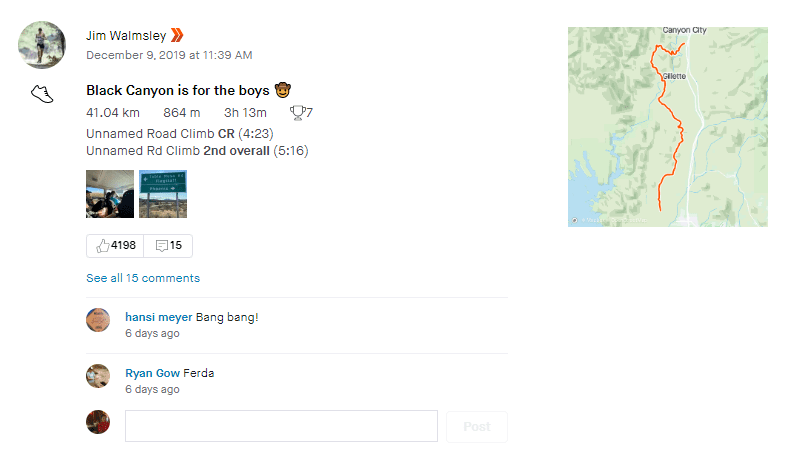 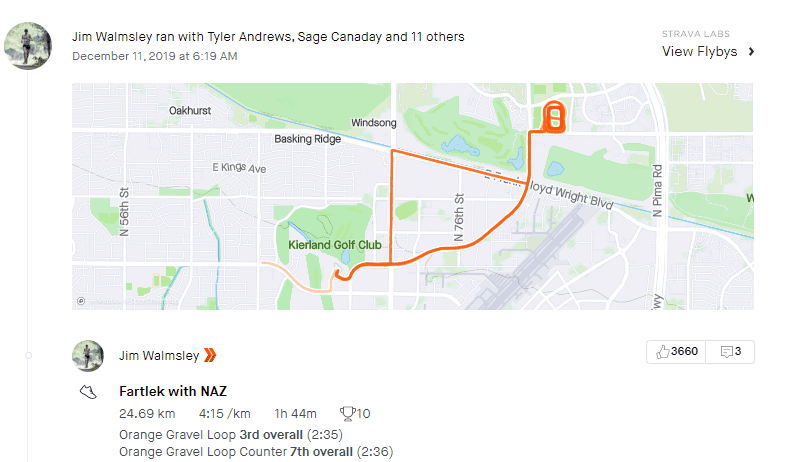