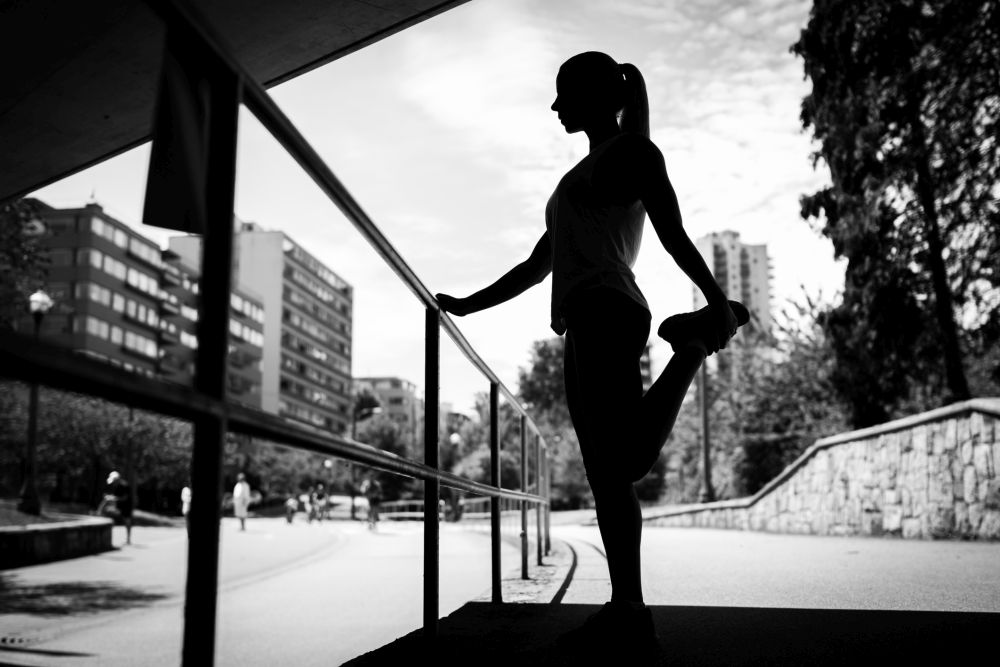 For many in this community, issues surrounding body image cause more queasiness than lining up at the race start line. All too often, we hear shy runners feeling like they’ll be judged for their body by those who are more experienced in the sport. Age-old myths surrounding the ideal runner’s body or the idea that slim builds lead to fast times, have led a large group of people in our community to feel inadequate.

To break apart these misconceptions, and get to the root of these issues, we chatted with Kim Dawson, a professor in sports psychology at Wilfrid Laurier University and a mental skills consultant based out of Waterloo, Ont. She had a lot of grains of wisdom to offer to the runner who’s feeling poorly about his or her shape, weight or size. Here are some of her take-home points:

To the runner who avoids busy hours at the gym or runs only on quiet streets at night: you’re part of a large group. The good news is that you can stop worrying about what others think because truly, you’re most likely not even on their radar. As Dawson points out, most people are going about their business not even paying attention to the passers by.

Dawson, who participates in many learn to run clinics says that she frequently hears from people who are scared of being judged for being overweight. In answer to that, Dawson turns the question around: How would you react if you saw a runner in the same position? “100 per cent of the time, the person says ‘Good for them, that’s great,'” she says. “People don’t want to see others fail, they want them to be successful.”

It’s about function, not looks

Next time you’re feeling self-conscious about looks, remind yourself of all that your body is capable of. “Looks are not really something to focus on. You have to think about what your body can do versus what it might look like,” says Dawson. Don’t be so critical of something that works just fine. “Have you ever asked your body to do something and it let you down? Then why are you being so hard on it?” Dawson says.

You are your worst critic

What’s the biggest causer of low self-esteem or body shape insecurities? “Negative self talk,” says Dawson. “That’s what’s doing it. You have to be aware of the dialogue you’re having with yourself.” In other words, if you tell yourself that you don’t have a great body or that your shape isn’t that of a true runner, that’s what you’re going to believe.

Perception is the biggest influence

The way we perceive ourselves largely influences what we think we’re capable of. It can also determine what we think we’re seeing in the mirror. Dawson actually conducted a study on this exact topic by taking a sample of women in their first year at the University of Waterloo and having them work out three times a week at women’s-only hours at the gym for three months. She took their weights and various measurements before and after. What she observed was that physically, the women didn’t change. When she asked them to fill out a questionnaire afterwards though, 100 per cent of the women indicated that they had a more muscular body type than before. By focusing on the positives from their workouts, their perceptions had all shifted… even though their bodies hadn’t changed.

“If there’s anything that truly is subjective reality, it’s our body image,” Dawson adds. For example, a runner could use concrete numbers to draw a conclusion about their ability as a runner. But with regards to body size, even a number on a scale just doesn’t tell the full story.