There’s plenty of information available on how best to plan, prepare and execute your next marathon. Of all that advice, there are many useful tips. We break down the essential aspects of marathon training and offer our best suggestions to ensure you prepare properly.

When it comes to training for the marathon, less is unfortunately not more. Running more mileage for a longer period of time is certainly among the best ways to guarantee success. Note that there is no magic number to run. How much mileage to run is specific to each individual, and staying healthy and injury-free should always be the primary goal. However, most runners could afford to add a few extra kilometres to their weekly training.

RELATED: How much should you run – A guide to running mileage

Our advice: If you’re already running three or four days per week, consider adding one extra day of running consisting of a short, 20 to 40 minute, easy run. Those already running five or six days a week should consider adding five to 15 extra minutes to a few of their easy runs until you’re running 60 to 75 minutes at least twice a week (in addition to long runs and workouts). In some cases, one could also consider “doubling” whereby you add a second short and easy run to your day. As always, only increase your mileage gradually and progressively. In all cases, aim to run your highest total mileage three to four weeks before the goal race and then begin to taper.

While individual runs and consecutive days of running are valuable, looking back at weeks and months of consistent, healthy and gradually progressive training will have the biggest impact on your success. Missing a few days, a week and even the occasional key workout or long run will have little to no impact on your overall progress and performance as long as your training stays consistent over the course of the entire training period.

Our advice: Don’t be afraid to skip a few days or reschedule a hard run in favour of an easy one if you’re feeling tired, run down or burnt out. Think long-term, not short-term or do whatever it takes to stay healthy. Be sure to schedule an easy week every three or four weeks and scale back both the mileage and intensity of your weekly runs to help the body recover and adapt to the hard training.

You get your biggest bang from the long run

Of all of your training runs, make no mistake, the long run is without a doubt the most important. Building up to around 30K (although this could be anywhere from 26-36K) in a single run should be considered an essential part of preparing to run 42.2K. Some run as far as 36K in training and a select few even cover the full distance ahead of the race–which we do not recommend for most. Running long specifically develops and improves one’s aerobic endurance which is the single most important aspect of running a marathon. Also note that the more long runs you’re able to complete (aim for at least 3-4), the better for your success.

RELATED: Go long to be strong – Making the most of the long run

Our advice: Over the course of several weeks (we suggest at least eight) gradually increase the length of your longest weekly run so that you run at least one run of 30-34K (although again, we recommend more than one). You should also aim to run your longest run two-to-four weeks out from your race.

Even though the long runs are by far the most important, there are also other valuable runs you should be doing. If your goal is to run fast–or you’re at all interested in running faster–you should also consider adding speed work to your training. Unlike true speed work which is running very fast for very short periods of time, distance runners such as marathoners should consider adding “strength” work that takes the form of long intervals, hill repeats or tempo runs. Basically, you want to spend some time teaching your body to run faster than marathon pace.

Our advice: Once or twice a week, commit to doing some form of speed/strength work. If you have to choose, include one session of longer intervals (between 1K and 3K) at threshold pace and/or a continuous tempo run (building up to 40-60 minutes) at approximately half marathon pace. 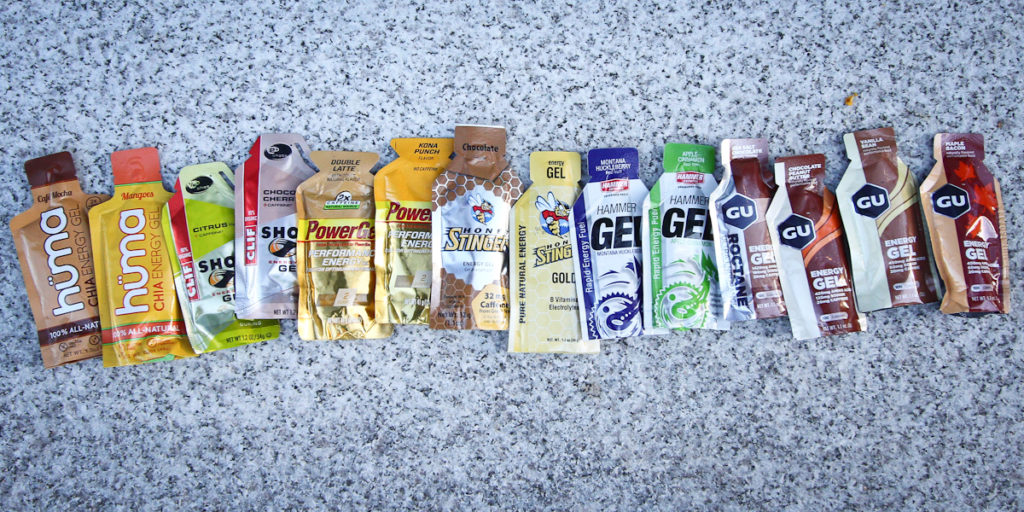 More so than any other race distance, the marathon demands specific attention to fueling and hydration. It’s essential to have a fueling and hydration plan to ensure you have the fluids and the energy to finish strong. Most individuals only have the capacity to run about 30-35K at a continuous hard effort with the fuel they have in their bodies. This is why so many fear “hitting the wall” late in the race. Two effective ways to delay and avoid this situation are to carbo-load before the race and fuel during. Carbo-loading entails increasing one’s carbohydrate consumption in the two to three days before the marathon while race fueling prescribes consuming 30-60 grams of carbs per hour while running. Dehydration can also become an issue, especially on warm or humid days which is why consuming fluids before, during and after the race is important.

Our advice: Do not ignore fueling! Use long runs in training to practice fueling with gels, bars, chews or candy. Find the amount and timing that works for you. Also be sure to carbo-load in the days before your race. Practice drinking water and/or electrolyte beverages if and when you need them.