Think you can beat the metro on foot?

For those looking for a challenge, Canadian Running has mapped out the Montreal Metro in a way that most runners can relate to. We listed the amount of time (in minutes) that it should take a runner to run between the stations based on an average pace of 5:00 per kilometre. These estimated times, were rounded up to the nearest minute as a rough guideline.

We calculated distances according to the shortest route using Google Maps. Note that some of the shortest routes may not be run-friendly. Not in Montreal? CR also created maps for the Toronto subway system (TTC Subway) as well as Vancouver’s SkyTrain system, both of which can be found in the links below.

RELATED: Here’s how long it would take to run between Toronto subway stations.

RELATED: Vancouver’s SkyTrain system mapped out in a runner-friendly way.

According to CR‘s calculations, the shortest distance between stops when running is between Place-Des-Arts and McGill, for a total of 400m. That distance would take approximately two minutes if one was to run at 5:00 per kilometre pace. (25-minute 5K pace/50-minute 10K pace.)

Right click, if on a desktop, and “open image in new tab” to see the high-resolution version. 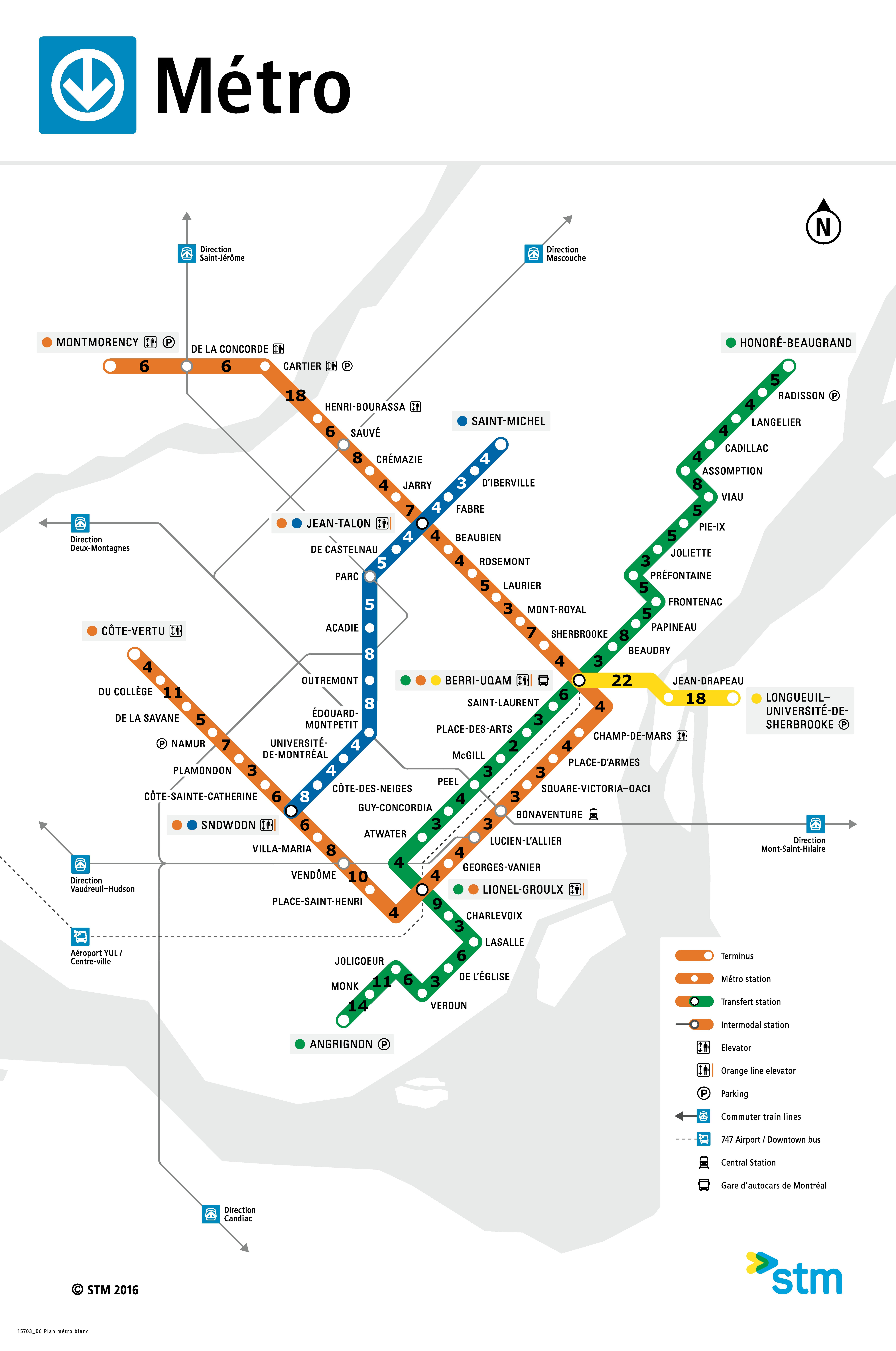