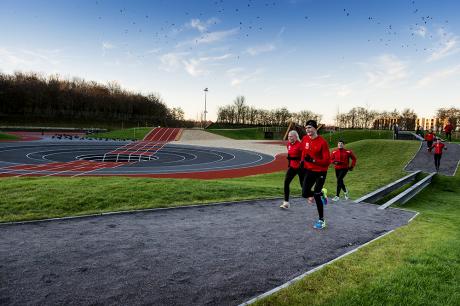 We’ve all seen the traditional 400-metre rubber or cinder tracks, either in our own neighbourhoods or within a stadium, but sometimes designers steer away from tradition.

Here are seven (plus an honourable mention) bizarre tracks, different for their shape, size, or location. 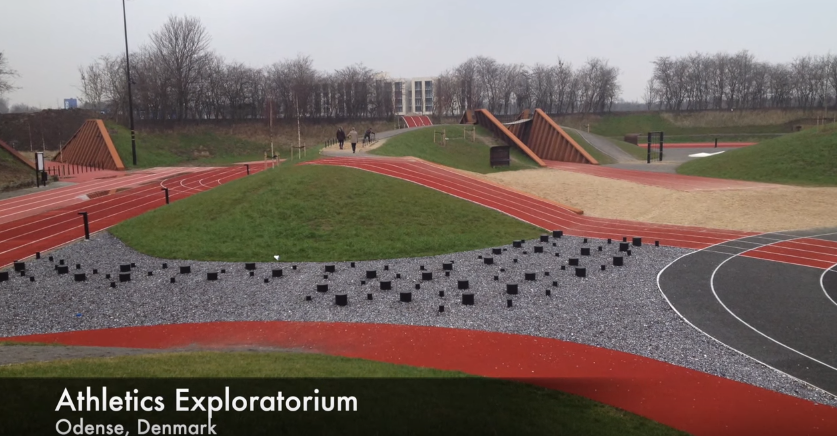 This Danish track facility got our attention back in December for featuring a beach, hills, bridges, and a gravel trail in the infield. Basically, a runner’s paradise.

Need to get a mid-run strength session in? This Spanish track facility has a hill built right into the track. It’s fortunate that the region doesn’t get snow or it might be used as a tobogganing hill.

Accommodating football and baseball fields within the same infield is sure to result in a wacky-shaped track as it did in this case.

Another three-sided track facility, this Texas track makes it appear like you need a several hundred metre run up to the long jump or triple jump pit (located in the bottom left corner of the above photo).

This 84-metre, three-lane bizarre track is shorter than a short track speed skating oval except running the tight turns is a bit tougher than gliding around them. Canadian Running also wrote about this track back in 2011.

This track features straightaways that are 204.07 metres long with turns of just 33.35 metres. Goodbye ankles.

There is a 160-metre track located on the roof of the 12-storey Sheraton Centre at 100 Richmond St. W in Toronto but the facility is part of a men’s-only gym restricting its use.