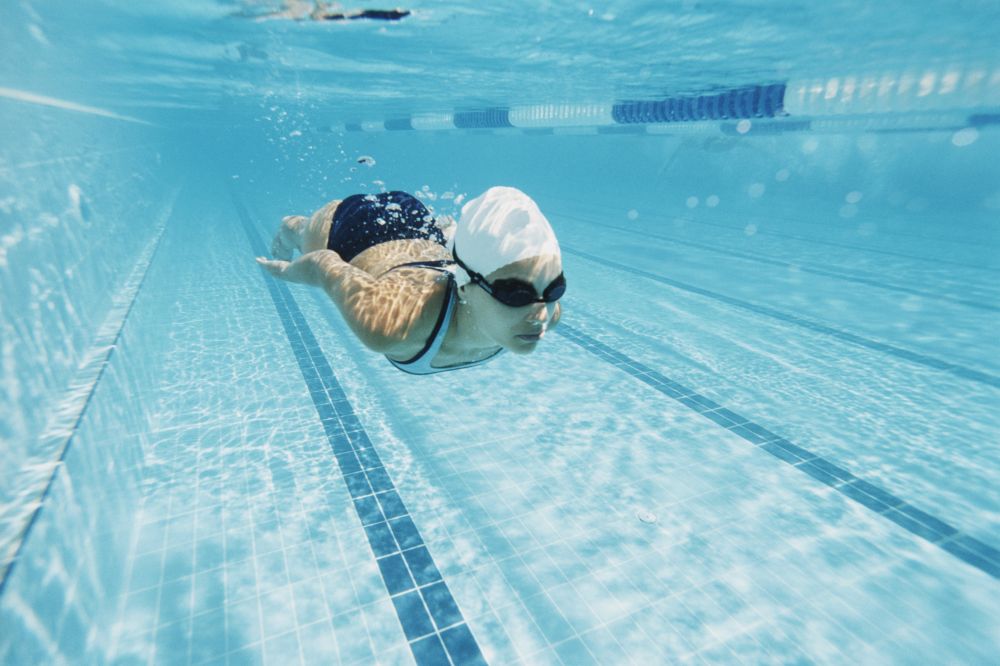 As a child, I never learned to swim. I first got in the pool at age 30. I was already a runner and when I first dipped my toes in the water (literally) it was because I wanted to complete a triathlon for the first time. So, three decades into life, I prepared to jump into the deep end and learn my strokes. I’m so glad I did.

Learning to swim became instrumental to my personal development and my progression with my fitness. I’m still a runner and it’s now my favourite cross-training activity for so many reasons.

Back when I was 30, I built my distance up to a mile after starting by just being able to cover one length of the pool. One mile was such an accomplishment. I kept at it. Then, a decade later, I became pregnant with my first child. My husband and I were so excited but at the age of 40, I was considered “high risk.” I was given instructions to follow for a healthy pregnancy and I decided to follow them extra carefully. I was told, for example, not to get my heart rate higher than 130. Running was out of the picture.

With my baby on the way, I decided to get into the pool to keep active and healthy while the running was on hold. I logged hundreds of kilometres over the next nine months. Those laps of the pool were such a big part of my pregnancy. I’d get in the cool water and tote my baby along for lap after lap. I even managed to swim right up to the day before I delivered! Sure, I was classified as “high risk” early on, but being pregnant and delivering were both so easy for me. I attribute that to swimming. I only gained 18 pounds during that nine-month period and I gave birth to a 8.1 pound baby girl.

Though my heart rate stayed lower with swimming than any other activity, I stayed in great shape. Three weeks after giving birth, I was back running on the roads. Getting in the water was therapeutic and it took down any swelling that I may have encountered.

I’m now 57 years old and I still get in the pool four or five times a week. Usually, when I get in for a session, I’m swimming between 1,600 and 2,000m. Sometimes, I’ll do a shorter swim before my run as a warm-up and to prevent potential injuries. It has made me a better runner. I feel looser, stronger, I have strength in my upper body and it’s great for recovery or to rely on when dealing with injury.

As for my baby, she loved the water right away– go figure.