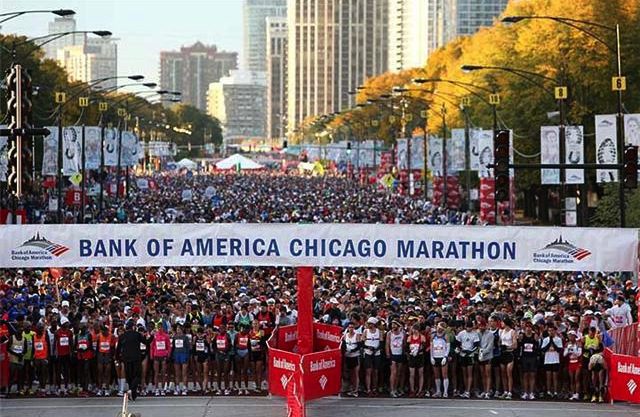 It’s not uncommon to hear people talk about the benefits that road races bring to local economies but the numbers can be confusing if you don’t know what they all mean.

You will see and FTEs, GDPs, dollar signs and numbers ranging into the millions, but what does it mean?

At the heart of most of these numbers are estimates, based on surveys from participants at the event, of how much money that would have otherwise not been spent was spent, and the resulting benefits because of it.

Road races, at their heart, generate economic activity the same way that tourism does. Travelling for a road race is essentially a small vacation for many runners. Most of the money comes from some obvious sources, and larger races usually benefit disproportionately from these. Dollars spent on housing and meals are major economic contributors when large events are held in economic centres. Runners from out of town need a place to sleep and food to eat which local runners don’t and few athletes travel for small, non-destination races.

This is part of the reason events like the Chicago Marathon can claim they generate nearly $250 million in economic activity while the Tamarack Ottawa Race Weekend generates about $30 million. Huge amounts of the runners in the Chicago Marathon are not from the area and treat the race like a vacation. They come for the race, but stay for three or four nights to see the city, all the while spending money. The Tamarack Ottawa Race is a major boon on the Ottawa economy, but proportionately it doesn’t bring in nearly as much per runner as Chicago does. There are more locals racing and those who do come from out of town are less likely to stay for multiple days. The difference widens as events shrink.

Further, road races bring out tons of spectators. Friends and family come to watch their loved ones race, and they also spend money while in town or out watching. The NYC Marathon had an estimated one million spectators in recent years.

These huge numbers are the gross domestic product (GDP) plus the intermediate consumption that the event creates.

A more familiar number to many would be the simple GDP contribution that a large race produces. GDP is the total value of goods and services a country or region produces. The Ottawa Race Weekend in 2012 generated just shy of $12.5 million towards Ontario’s GDP. This is an easier to understand and familiar number to show the benefits, or lack-of, that an event generates for the community.

Another common indicator is the job creation happening because of a certain event. It is measured usually in full-time employment (FTE) and it’s the number of job-hours created in the area as a result of the event. When you hear that 200 jobs were created, it may not necessarily be exactly that, but the equivalent number of hours that 200 people would have worked over the course of a year.

The last number often cited is the taxes generated from the event, which is a total of the municipal, provincial and national taxes collected by the government as a result of the economic activity happening surrounding a road race. It’s tax dollars the government supposedly would not have collected if the race hadn’t have happened, but it’s a jump to assume the money runners and their families spend while at these races would not have been spent in other ways had it not have been held.

Overall, as the race grows the larger the benefit per runner seems to be, as people come for longer and spend more money, generating more jobs and tax dollars. It’s difficult to argue that major road race events aren’t a benefit to the city’s that host them.