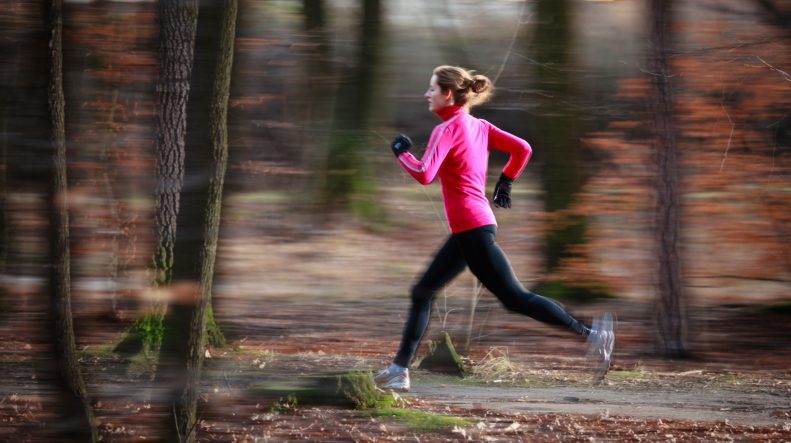 Few of us will ever run a three-minute kilometre, let alone average Eric Gillis’s 3:07-pace for 42.2k. Although average people can’t run at the speed of elite runners, there are still many training tips that apply to the recreational and beginner crowd. Yes, Olympians like Gillis do a lot of running to train for races, but they also do a host of other things – that don’t involve running a single step – to keep their bodies, minds and spirits in top shape and ready for a PB.

Many recreational runners have chiropractors, massage therapists or physiotherapists on speed dial – to call after they get injured. But elite athletes don’t just see these health professionals when something is wrong. They regularly schedule appointments even when they’re feeling good. “It’s like a car that needs to go in for a tune-up,” says Trent Stellingwerff, an exercise physiologist and sports nutritionist in Victoria who works with a number of elite athletes, including his wife, 1500m specialist Hilary Stellingwerff. Gillis agrees. “I have scheduled physio appointments even if I’m not feeling anything. Regular massage is important to make sure I don’t break down.”

Sleep is perhaps the area that’s overlooked by most recreational runners, and it’s one of the most important, according to Greg Wells, a physiologist who works with elite athletes and the author of Superbodies. “We need to make sure we’re getting eight hours of quality sleep, preferably with at least two of those hours before midnight,” he says. That’s because our bodies release a growth hormone when we sleep, and that hormone allows muscle tissue to repair and promotes recovery.

Wells recommends going to bed at least eight hours (or more, if you can) before you have to wake up and sleep in a perfectly dark room. Invest in a good room-darkening blind, or if that’s not good enough, wear a sleep mask to block out light. You should also shut off all screens – including your cell phone – at least one hour before bedtime to allow the brain to release melatonin, which helps us sleep. Even if you can’t find the time to get eight hours of sleep, Wells says you should keep a constant bedtime and wake up time, even on the weekend. “If that’s consistent, it helps the body build a flow of all the hormones related to recovery throughout the night and hopefully throughout the day.”

“The name of the game is not how hard you can train; it’s how fast you can recover,” says runner and coach Megan Brown. “This is a very important message for the recreational running community who are often type ‘A,’ busy bodies doing a thousand things a day.” For many elites, hydro- therapy is an important part of the recovery process. That can either be cold water immersion or a combination of cold and warm therapy.

“The science is that after a hard training bout, it helps bring down the inflammation,” Trent Stellingwerff says. But if the thought of a freezing cold ice bath after a long run or a gruelling speed session doesn’t sound too appealing, don’t worry – you don’t need to soak in a tub of ice to get the same effect. Stellingwerff recommends soaking in a cold tub (10 to 15 C) for 10 to 15 minutes after a tough workout to get the same benefits elites get from their hydrotherapy.

Think all elite runners do is run? Think again – for most runners, strength training is an integral part of their program. That doesn’t, however, mean hours in the gym lifting heavy weights. Gillis says he does mostly functional strength training and core work. “It’s a lot of moving, with small weights in our hands,” he says. “We also do some plyometric drills for our legs, with lots of jumping. It’s for neuromuscular adaptations that keep speed in our legs.”

Strength training helps us become more efficient runners and improves running economy, says Stellingwerff. He recommends talking to a personal trainer (particularly one with running experience) and having them design a strength training program for you.

Elite athletes don’t just spend time exercising their bodies, they also spend some time working on their minds, setting short, medium and long-term goals. It’s a huge part of any training program, Gillis says. “You can’t think about [the long-term goals] every single day and every minute of every run. If my goal is to finish top 16 at the Olympics, I can’t think about that on every run.”

Although a recreational runner’s goal isn’t to reach the Olympics, there’s no denying most have long-term goals they want to achieve, whether it’s complete a distance, run a PB or qualify for Boston. But you also need short-term and intermediate goals to keep you focused and on track.

Kim Dawson, a sport psychology professor at Wilfrid Laurier University in Waterloo, Ont., works with Gillis and other runners at the Speed River running club to help them do just that – set goals and mentally focus on the task at hand. “Short-term is, basically, what’s your immediate goal?” Dawson says. That can range from how many runs you’re going to do this month to just getting your butt out the door in the morning for a run. Next, look at your intermediate goal. Perhaps you’re preparing for a 10k during the spring season or prepping for a fall marathon. Then, you have long-term goals. That can be anything from a PB in a particular distance or qualifying for Boston to simply having the goal of running (and being healthy) right into old age.

Finally, it’s not enough to just set goals, Dawson says. “The next crucial step is, based on those goals, to identify the action plans you need to do this week, next week, next month and into the seasons,” she says. “For example, I deal with recreational runners who say to me, ‘I want to run a marathon someday,’” Dawson says. They need to ask themselves a few vital questions to ensure they accomplish their goals. “What changes will you make in your life to do that? When will the running come in? And if they can’t identify when the running will happen, they can’t run that marathon.”