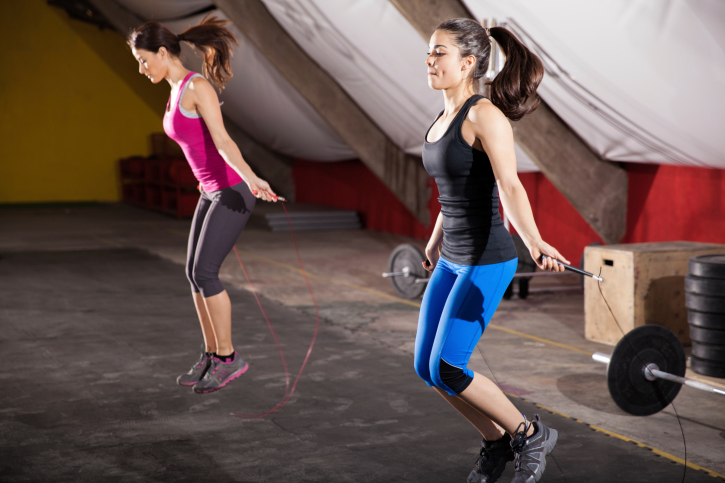 Q: I’m in a rut and I want to switch things up but I hate going to the gym. Is there anything I can do alongside running to make myself a better runner?

A: Buy yourself a jump rope. Many people overlook the powers of skipping, but the benefits of this activity aren’t limited to recess-time entertainment. As an adult, you can skip to bump up your fitness and make running easier. Like running, skipping is a great high-impact cardio workout and it complements running quite nicely, because it uses many of the same muscle groups. This activity has leg muscles in constant motion and is great for working the calves, quads, core and glutes (which are very important for running) as well as the shoulders, biceps and triceps, which runners sometimes ignore. It also counts as a low-level plyometric exercise. Slip this into your routine to get in cardio while actually gaining strength in your upper body. Side note: It’s also a great on-the-go activity for travel or when you can’t get outside.

In terms of calories burned, some sources suggest that a 180lb person could burn 980 calories if jumping at a fast pace for an hour. That person would have to run 9.5K in an hour to burn 815 calories. (That said, take into account that running and skipping paces can vary.) And like running, this is a higher impact movement, though many claim that it puts less stress on the knees than your daily run.

Add this to your week, not as a running replacement but as a complementary exercise. Start off with basic skipping, or shake it up by alternating the foot that touches down to create a motion more similar to running.