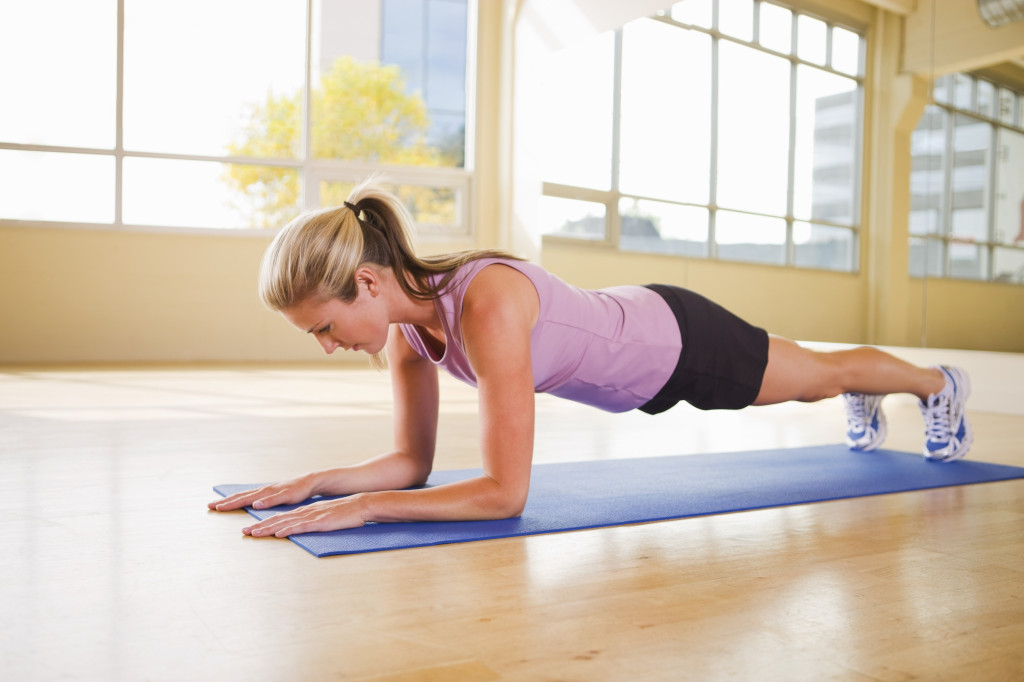 Seeing pictures of yourself running can be an eye-opening experience. You remember striding powerfully toward the finish but the photos show you slouching and twisting on legs that look as if they’re about to collapse. This isn’t just esthetic concern: a wobbly core might be causing you to leak valuable energy that could be making you faster.

While the vaguely defined notion of “core strength” has been touted as a fitness essential for years, the focus on six-pack abs has done runners a disservice. Many popular core exercises raise your risk of back injury, while neglecting key muscle groups that help stabilize your upper body while you run. You need to train specifically to make sure your core stays strong even when you’re breathing heavily. But if you do it right, the payoff in improved efficiency can be substantial.

For instance, one 2009 study published in the Journal of Strength and Conditioning looked at the impact of a six-week core routine on balance, joint forces and 5k time trial results. The runners improved their 5k time by an average of 47 seconds (compared to just 17 seconds in the control group), despite the fact that their balance and joint forces remained unchanged. What did improve, says Dr. Stuart McGill of the University of Waterloo’s Spine Biomechanics Laboratory, is the efficiency of their energy transfer.

“The more stiffness we have [in the core], the more muscle action is directed to the limbs,” Dr. McGill explains. If the muscles that cross the hips and drive the legs are attached to a stiff core at one end, then all of their action is focused at the other end: the legs. “If we see a wonky core, the expression is that they are ‘leaking energy,’” he says. So, how do we plug the leak?

The first step is to make sure you avoid exercises that involve bending and twisting the spine while it’s under load, like the classic sit-up. The discs in your spine consist of a jelly-like inner layer protected by fibrous connective tissue. Each time you flex forward to do a sit-up, you compress the front of the disc and squeeze the soft inner portion toward the back. Do it enough and the disc can rupture, a serious condition known as disc herniation. It doesn’t even take much force: lifting heavy weights with your spine straight is no problem, but bending forward (even with nothing but body weight) is.

Of course, some people get away with activities like the sit-up without injury. Dr. McGill says these individuals are just lucky. “Those who have long, thin spines with circular-shaped discs are less likely to experience a herniation,” he notes. Researchers have also found that repetitive extensions and twisting movements are dangerous, so, if you don’t want to play spinal roulette, the best approach is to stick with exercises that keep the spine in its neutral position.

There’s more to the core than the six-pack that sits in front of the spine. “The muscles surrounding our spine act as guide wires,” says Dr. McGill. The spine itself is relatively unstable, but the core muscles are constantly contracting and relaxing dynamically to keep it stable. That means we need to train the muscles on all sides of the spine. Try the following exercises:

1. Side planks To train the muscles on the side of the spine, simply lie sideways, prop yourself up on your elbows and feet, and maintain a neutral, rigid spine. Aim for 20 to 30 seconds to start, and repeat three to four times.

2. Bird dogs For the muscles behind the spine, start on your hands and knees, establish your neutral spine, and then lift your opposite arm and leg off the ground while maintaining a stiff core. Hold for seven seconds, then switch sides and repeat. Start with eight to 10 reps on each side.

3. Front plank For the six-pack at the front, a great replacement for the sit-up is the front plank. Brace yourself up on your elbows and toes, and hold for 20 to 30 seconds. Do each of these exercises three to four times a week.

Mastering the plank is great, but it’s no help if all that stability disappears as soon as you start breathing hard.

The diaphragm, the sheet of muscles along the bottom of the rib cage that you contract to draw air into your lungs, is also a crucial source of support for the spine. When you start panting, that support disappears. As a result, some runners who can normally hold a side plank will fall apart if they’re breathing heavily – clearly a problem for stability during running.

Dr. McGill offers a simple solution: do at least some of your core work while breathing heavily. This may be as simple as sprinting up a hill, then holding a side plank. With enough repetition, you’ll develop core stability that is independent of diaphragm contrac- tion, and can be maintained while running.

Putting it all together takes time and effort, but it’s hard to argue with the results: a healthy back, and the ability to run at a faster pace without exerting more energy.