Canada is home to thousands of running paths in beautiful places and lots of those trails are located in Canadian cities. Here’s our criteria for this list: we looked for well-rounded Canadian cities where runners can access tracks, trails and paths. We also considered their running culture and the running events put on by the city — here’s the list we came up with.

Canadians love to hate Edmonton, but regardless of what you think of the city on the whole, the running culture is great.

There are both indoor and outdoor track facilities. The Butterdome at the University of Edmonton is one of the best indoor tracks in Canada and their outdoor facility, Foote Field, has hosted many national championships and high-calibre meets.

On top of a great track, there are also killer running paths that are easily accessible from the city. The North Saskatchewan River Valley includes 22 major parks and more than 150 kilometres of trails, and boasts seemingly endless dirt and singletrack trails.

Ottawa is a very active city and one with ample opportunities for every kind of runner. If you’re a trackie, Ottawa has one of the few indoor 400m tracks in North America available for public use at the Louis Riel Dome, and come the summer months, the Terry Fox track is a great surface right next to the Rideau River.

In terms of paved paths, there are kilometres of smooth and car-free road for runners to travel along the Rideau Canal and Ottawa River. The Trans-Canada trail covers the bulk of the city and offers great views.

If you’re looking for a great trail, run then head across the provincial lines to Quebec, where you’ll find Gatineau Park and some of the nicest trails outside of western Canada.

Guelph is a city with a strong running culture. iI’s one of the hubs for Athletics Canada and is enthusiastic about the sport. The local track club, Speed River, has produced some of Canada’s best runners. From Krista DuChene to Eric Gillis to Reid Coolsaet, many marathoners have called Guelph home at some point during their career.

Almuni Stadium at the University of Guelph holds a brand new track facility, with an indoor track just metres away. The Arboretum has some really great soft surfaces to run mileage on, along with Starkey Hill Conservation Area.

Calgary is ideal for the runner who likes to do a bit of everything. There’s a big track community, you’re minutes from the mountains, and there’s also a road-running scene that hosts one of Canada’s best marathons.

In terms of track facilities, you’ve got Foothills Athletic Park, which holds a beautiful track and is pretty close to the University of Calgary’s indoor track facility.

For running paths, check out South Glenmore Park or the Bow River Pathway. If rugged trails are your thing, check out Nose Hill Park, which has 11 square kilometres of rolling singletrack trails.

It was difficult to chose between Victoria and Vancouver, but here’s why Victoria made this list: it’s the Athletics Canada West hub, meaning that it has world-class facilities for high-level athletes, it’s a relatively small city that’s able to host a fantastic marathon, and it’s a community comprised of outdoor enthusiasts.

In terms of facilities, PISE (Pacific Institute for Sport Excellence) has a great outdoor track that connects to a trail system. Another great running spot is Beacon Hill Park, which offers great ocean views and a mix of paved path and soft surface. For more rugged terrain, head to Goldstream, which is home to the Finlayson Arm Race. 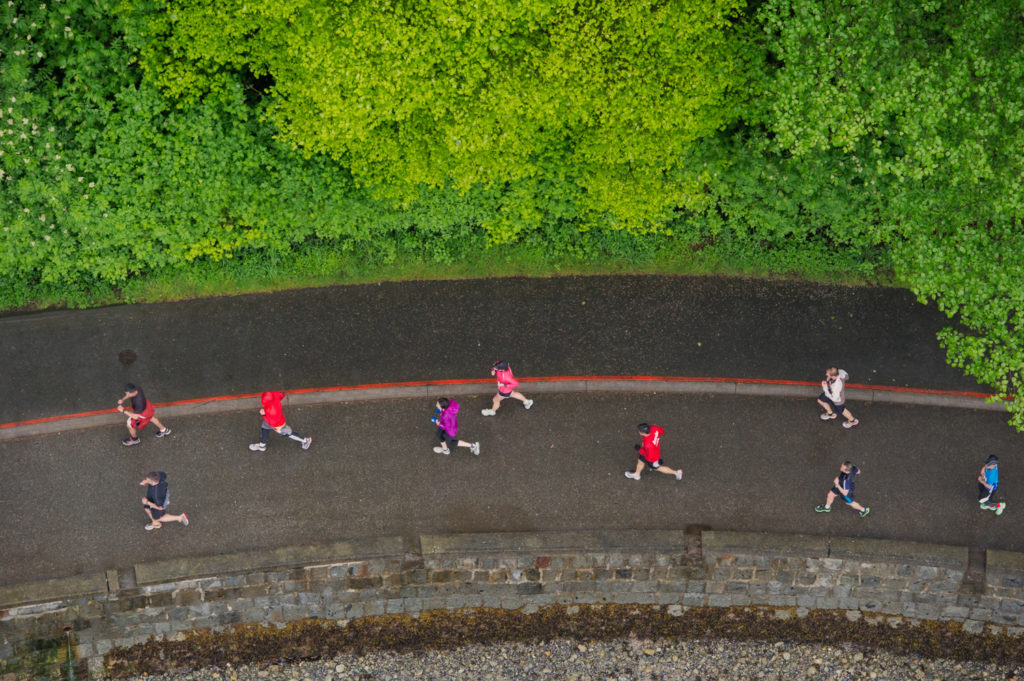 Beechville Lakeside Timberlea Trail is located downtown. There’s about 13K of trails, which are part of the 123K Rum Runners Trail connecting Halifax to Lunenburg.

For track facilities, check out the indoor facility at Dalhousie University or the Homburg Stadium at St. Mary’s University. 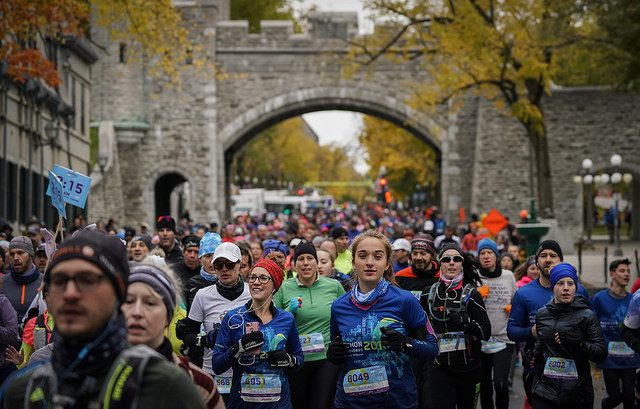 Quebec City had to make the list because it’s a small community that loves to be outside. From the spirited cross-country runners of the Laval Rouge et Or, to their SSQ Quebec City Marathon, to fun challenges like the Défi Escaliers, Q.C. loves to run.

For running paths, the Plains of Abraham are great for running workouts on a soft surface. If you’re looking for a longer run, check out Parc National de Jacques-Cartier. The park is home to over 100km of trails for runners to explore.