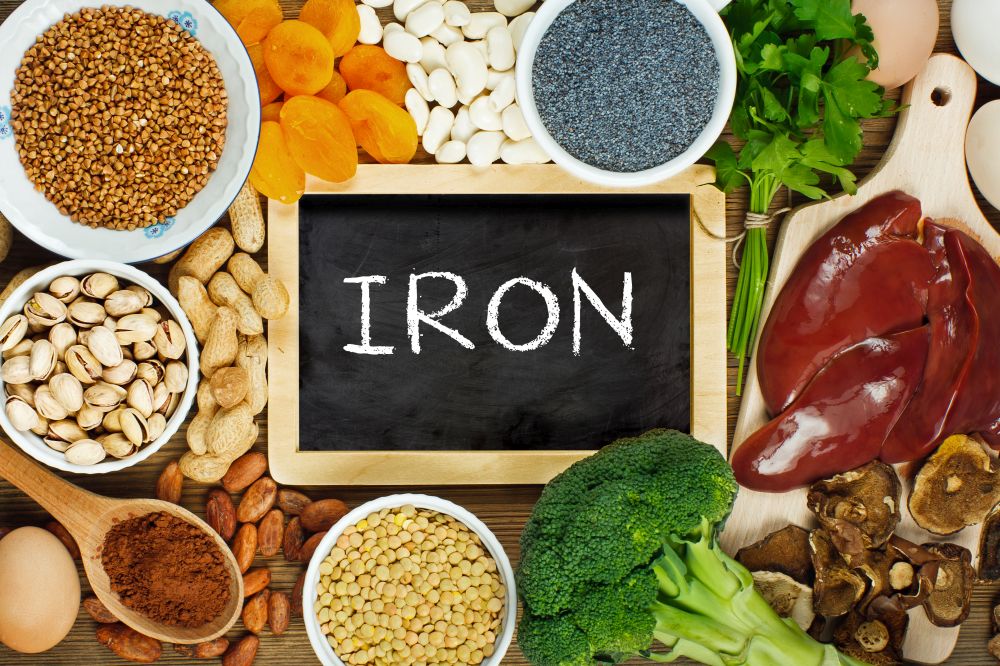 You’ve likely heard of anemia, an iron deficiency which causes fatigue and affects the red blood cell’s ability to carry oxygen to the working muscles. But you may not realize that even if you’re not anemic, iron depletion can affect your endurance and may not show up on a standard hemoglobin test.

RELATED: The lucky iron fish: the most innovative way to get your iron levels up

“Most people equate iron deficiency with anemia, but we’ve been looking at people who are not anemic–they have a kind of silent iron deficiency–and this also affects performance,” explains Jere Haas, who teaches maternal and child nutrition at Cornell University and is also a leading researcher on iron deficiency in endurance athletes.

The “silent deficiency,” as Haas calls it, is depletion of your body’s iron stores, particularly in the liver and muscle tissue. These bodily stores are not tested by a blood hemoglobin test.

In a study published in the December 2011 issue of the International Journal of Sport Nutrition and Exercise Metabolism, Haas and co-author Diane DellaValle found that in a study of collegiate rowers, only seven per cent of the rowers were anemic, but 30 per cent were iron depleted. And both the anemic and iron-depleted rowers performed significantly worse than non-deficient rowers.

In Haas and DellaValle’s latest research, the researchers supplemented the anemic and iron-depleted rowers over six weeks and found significant improvement. Although the rowers weren’t any faster, they were more efficient. “They expended less energy,” explains Haas. “Their bodies reacted better to the training and we found it took much longer for their blood lactate levels to rise.” Blood lactate measures the move from aerobic to anaerobic conditioning.

Haas also notes that in a recreational athlete there could be improvements in speed as well. “The reason why we did not see as great a change in competitive rowers is probably because they were already highly trained at the start of the study and had less of a margin for improvement.” Runners are at higher risk than other endurance athletes for iron depletion because of foot strike hemolysis. Every time your foot strikes the pavement, there’s a breakdown of red blood cells. Additional loss of iron through small bleeds in the GI tract is not uncommon in runners. These bleeds are minor (you likely wouldn’t even notice), but over years of running this loss can add up.

Both anemia and depleted iron stores are more likely to be issues affecting female runners, though not uncommon in male athletes. “Men and women have different iron needs,” explains Pamela Hinton, Professor of nutritional sciences at the University of Missouri. Hinton’s research includes work on iron-deficient female athletes. Because of menstrual blood losses, women need more dietary iron than men. But in many instances, women aren’t eating as much iron-rich food as men, she says.

How much iron should I be taking in?

The recommended daily allowance of iron is eight milligrams per day for men aged 19 or older and 18 mg/day for women aged 19 to 50. Iron needs increase during pregnancy (27 mg/day) and decrease at menopause (8 mg/day). When considering these numbers, it’s important to realize that not all iron you ingest is absorbed, in fact, only about 15 per cent of ingested iron is absorbed. Additionally, not all iron is created equal. Iron from animal products (known as heme iron) is absorbed up to 20 per cent more than iron from plant products. Because of this, iron deficiency is of special concern to vegetarian athletes.

To get more iron into your diet, incorporate lean cuts of beef, pork and lamb; add dark green vegetables and choose iron-enriched or fortified breads and cereals. Avoid coffee and tea if possible since the tannic acids interfere with iron absorption. Getting more vitamin C (through citrus fruits and juices) can also boost your iron absorption. If you’re concerned you may be iron depleted, ask your doctor for a serum ferritin test, which will test for the body’s iron stores, not just blood hemoglobin levels.

Iron supplementation is not right for everyone, and it’s important to have a lab test before self-supplementing. “You can consume too much iron,” says Hinton. “Iron is toxic because our bodies have no way of getting rid of the excess. Only individuals who are iron deficient or who are at risk of becoming deficient (i.e., depleted iron stores) should take supplemental iron.” Check with your doctor before taking any supplements.

Sarah Schewe is a freelance writer based in Hanover, New Hampshire.