When it comes to running abilities, we tend to focus on an athlete’s VO2 max as the ultimate metric to predict speed. The other two variables, lactate threshold and running economy, will also affect a runner’s performance. These factors, however, don’t seem to tell the whole story, which is why scientists are now considering a fourth variable to dictate running performance: fatigue resistance. 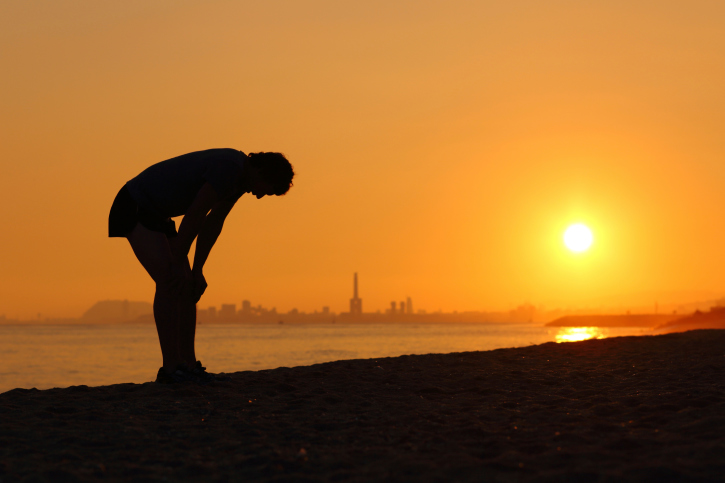 Sports scientists have defined fatigue resistance as the extent of the deterioration of the other three variables (VO2 max, lactate threshold and running economy) over time. Admittedly, this isn’t exactly a new idea. In fact, a 1999 study comparing Caucasian runners to runners from East Africa found that the African runners’ fatigue resistance (measured as time to fatigue) was 21 per cent longer than the other runners. The researchers could not explain why this was, but they offered a few theories including baseline genetic differences, environmental differences (many East African nations are at a higher altitude) or training differences.

Since you can’t do much about your genetics, and likely going to an altitude training camp isn’t an option for you either, the only thing left to focus on is your training. The good news is there are ways to improve your fatigue resistance through training, the bad news is it’s not easy. According to elite running coach Owen Anderson in his book Running Science, one way to improve your fatigue resistance is by spending more time training at race pace. Doing longer intervals (for example, 2k’s) at your goal race pace will give you the mental and physical stamina to maintain your goal pace for an extended period of time, which will translate to more confidence on race day.

In addition to longer intervals, shortening your recovery time between intervals will also help you build more fatigue resistance. This will make your training more race-specific and teach you how to maintain a pace without proper recovery. In the earlier stages of your training, you’re likely going to need more rest to maintain your race pace for longer intervals, but as you get fitter you can start to gradually reduce your recovery time to increase your resistance to fatigue.

At this moment, there are still a lot of questions about fatigue resistance and how we can properly develop it, but for now, working with a good coach who can provide you with a variety of workouts to appropriately challenge you will be your best option to put yourself on the path to your next PB.

RELATED: Want to be a faster runner? Train your brain