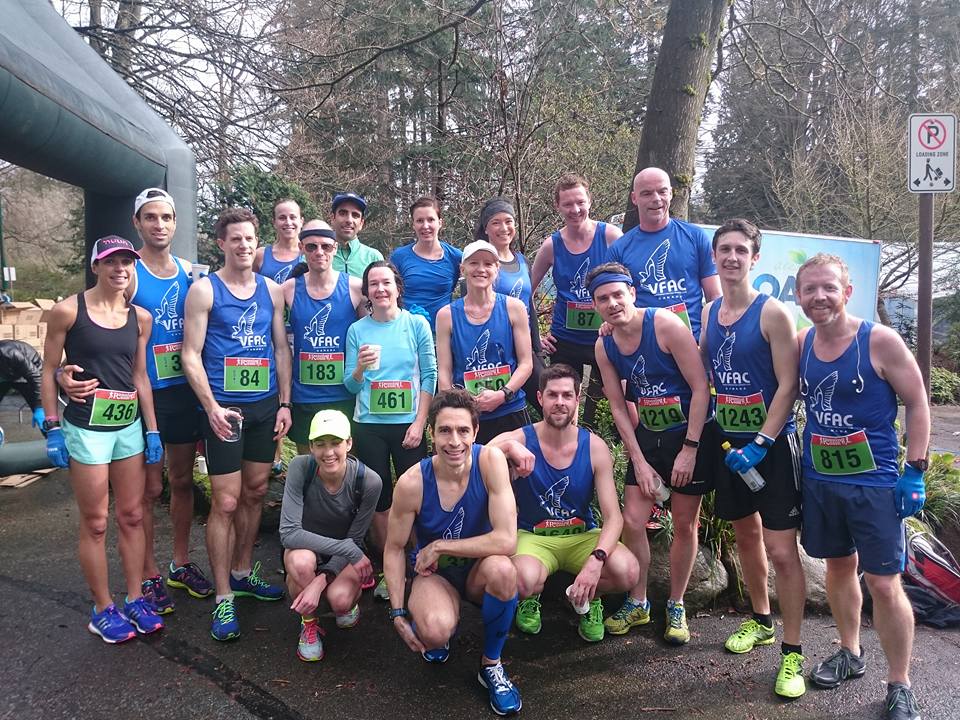 The Vancouver Falcons Athletic Club (also known as VFAC) is a friendly yet competitive running club based in Vancouver. They are coached by John Hill, winner of the 1978 Vancouver Marathon and an inductee in the BC Athletics Hall of Fame.

In an effort to spice up our list of workouts we rely on during this fall training block, we asked Hill to share one of his go-to workouts that he has his athletes do as they peak for their fall race goals. His pick? 2 x 5K done on a hilly road loop. He says its one of his favourites.

So how should a runner approach this one? “Each 5K should be run at about five seconds per K slower than 10K race pace, so about 15K race pace. In between, take an ample easy jog rest, at least seven minutes. This is to get the heart rate back down before starting the second 5K.”

Hill has his athletes do the intervals on a 5K loop. The first half is fairly flat and Hill needs to remind his runners not to start too fast. “If anything, it should feel more like starting a half-marathon than a 10K race.” The idea is to set a good steady rhythm for when the first big hill starts around halfway. The loop then descends for a bit, followed by the second and more major hill– about 500m at a moderate grade. After a brief flat section, the loop descends steeply back down, followed by a final flattish stretch to the finish.

“I tell my athletes to use the hills to break up the long second half, by focusing on getting to the top of each hill, then, with an immediate downhill to follow, letting the rest take care of itself. I also get them to bide their time getting up the hills and then maximize the steep downhills.”

What it’s good for

Hill gives this workout in the early base-building part of the season as well as to anyone building for a marathon. The workout requires a solid combination of speed and endurance, so it’s good specific prep for any early season half marathon–such as the First Half Half Marathon in mid-February in Vancouver–but it also builds endurance for later more intense speed-work or to develop a higher aerobic threshold for marathoners. Finally, it’s a great workout to work on both up and downhill running technique.

“The workout is also a major confidence builder given the difficulty that comes from the length of intervals and the second half hills,” says Hill. “However, the athletes really enjoy the challenge because they have a good endurance base going into it, and the combination of a flat start and significant uphills and downhills later keeps it interesting.”

Hill suggests that the workout should be done by more experienced runners with a good endurance base. It’s a peak workout for an early-season half-marathon or for any marathon, meaning it should be run about four weeks before the race. It can be done on firm trails but preferably on the roads.