Runners are incredibly fit athletes from a cardiovascular standpoint, but they tend to have several common weak spots with their balance, upper body, glute strength. Runners should engage in other sports that work different muscles and movement patterns. Playing different sports can help a runner perform better and avoid injury, but what is the most transferable sport to running?

Many runners get into the sport from another sport they played in their youth. Canadian gold medallist Andre De Grasse, and Tokyo 5,000m Olympian Justyn Knight both played basketball until 16 years old before they ran competitively.

Justyn Knight gives back by mentoring students at his high school

In basketball, tennis and soccer, you are constantly training your cardio level to run faster and longer. In basketball and tennis, you are working on interval training with stops and starts during the game. Soccer players are moving throughout the match, just like any distance race. At the 2014 FIFA World Cup, Germany’s Thomas Müller ran a world cup record of 15.2 km in a 90-minute match (roughly averaging 6:00/km pace of fartlek training). There are no other sports that come close to covering the distance soccer players cover during a match.

Many NFL football players were sprinters in high school and college, such as DK Metcalf of the Seattle Seahawks and Tyreek Hill of the Kansas City Chiefs. Metcalf tried to qualify for the 2021 U.S. Olympic Trials but came up just short running a 10.36 for 100m. Hill has not competed in a track race since 2014 but is widely acclaimed as the fastest man in the NFL. He holds a very respectable 200m personal best of 20.14. Football players can accelerate very well in their first 10 to 20 metres, which translates well for 100m and 200m sprints, but they struggle to maintain speed over distance.

There is more to soccer than the ability to endlessly run fast without easily getting tired. It trains you to move in just about every direction possible. There is no question that speed is essential in soccer, but besides the cardiovascular benefits why does it translate well to running? The key to soccer over other sports is its agility training, which improves your foot speed and your balance. Soccer can help runners increase their lateral quickness so that they can keep their cadence up on any terrain.

Many past and current runners have credited soccer for their success, including 2021 Canadian 10K Champion Ben Flanagan. In an interview, Flanagan credits playing soccer in his youth as a bridge into distance running. 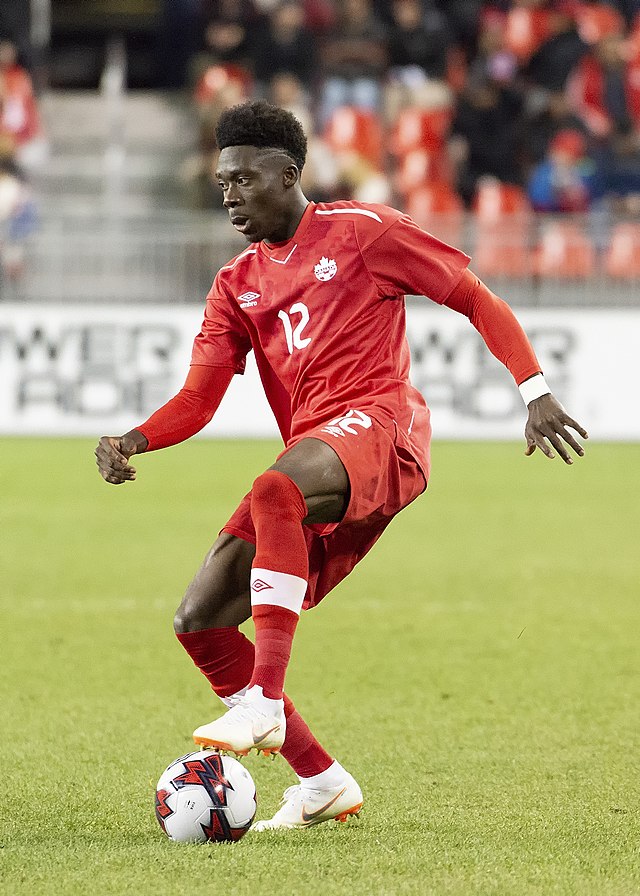 Canada’s soccer superstar Alphonso Davies, who is nicknamed “the roadrunner” for his ability to quickly reach his top speed on a soccer field, ran track in his past. Davies was a dynamic athlete in his teenage years and still holds his Edmonton high-school record in the 100m and 200m. His tremendous engine still shows today, as he reached speeds over 35 kph to score for Canada against Panama during World Cup Qualifiers.

This table from Science for Sport shows the benefits of each sport and their impacts on running.

Runners can still build speed by becoming fitter and doing speed work, but you can train with a variety of other sports. Also, running can benefit athletes from other sports looking to improve their speed, strength or endurance.