As the weather heats up, more and more runners are coming out of winter hibernation. And so are their animal friends. Here are some tips for what to do if you have a wildlife encounter while running.

The easiest way to avoid bear encounters is to make a lot of noise. If you’re with a running buddy, keep the conversation flowing while out on the trails. If you’re by yourself, running with a bear bell jingling while you move is a wise idea. The University of Northern British Columbia’s tongue-in-cheek advice to students is to call out “yo, bear!” every 50 paces when hiking on the trails surrounding campus.

There can be some warning signs that an area should not be entered. If there are numerous ravens gathered in an area, it is often a sign that there is a carcass nearby, which usually means a bear nearby as well. If you come across an animal carcass, or see a bear cub, leave the area immediately.

If you come across a bear, the most helpful thing to do first is identify whether it is a black bear or a grizzly. Yelling will usually startle a black bear away. Grizzlies should not be yelled at. You should not run away from a bear, this intimates that you are prey to be chased. A slow retreat is best. No matter how quick your 5K time is, you can’t outrun a bear.

Grizzly bears are more likely to attack than black bears (though both are very unlikely). Attacks from grizzlies are almost always the result of a person startling the bear at a close range, which shouldn’t be possible if you’re making enough noise. If a grizzly makes contact, play dead. Lie on you stomach with your knees wide so that you’re difficult to flip over and you hands protecting your neck.

If you are planning on running in an area that is known to have bears, consider carrying bear spray with you when you head out. 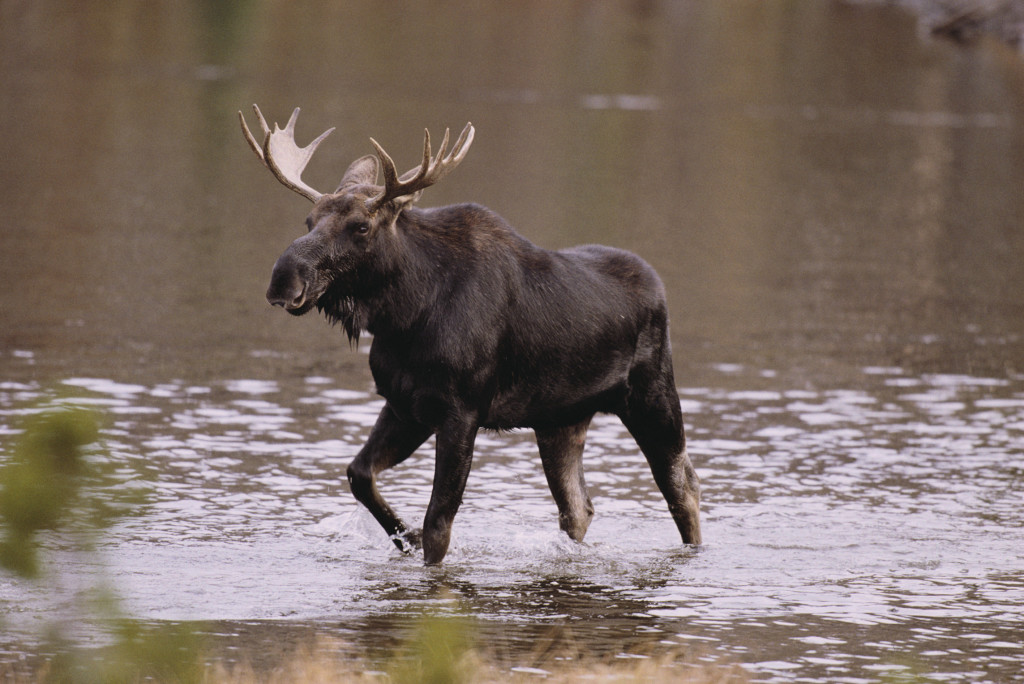 Though it may surprise you, moose attacks are actually more common than bear attacks. Moose tend to be most aggressive in the spring, which is their calving season, and the fall, which is their rutting season.

Contrary to the advice given regarding bears, running away from a moose does not make it believe you are prey and may, in fact, prevent an attack. Many wildlife experts say that being able to read an animal’s body language can be a key factor in determining response. Grunting, throwing its head around like a horse or ears back and down are all signals that a moose is feeling threatened.

While bears may perform bluff charges to try and scare a perceived threat, a moose will not. If it begins charging, it is planning to attack. Hiding can work, as moose do not have good eyesight, or climbing a tree is another option.

If you run with your dog and you’re in moose country, keep it on leash. A moose may very well go after a dog, as it will perceive it to be a wolf, one of the main predators of moose calves. 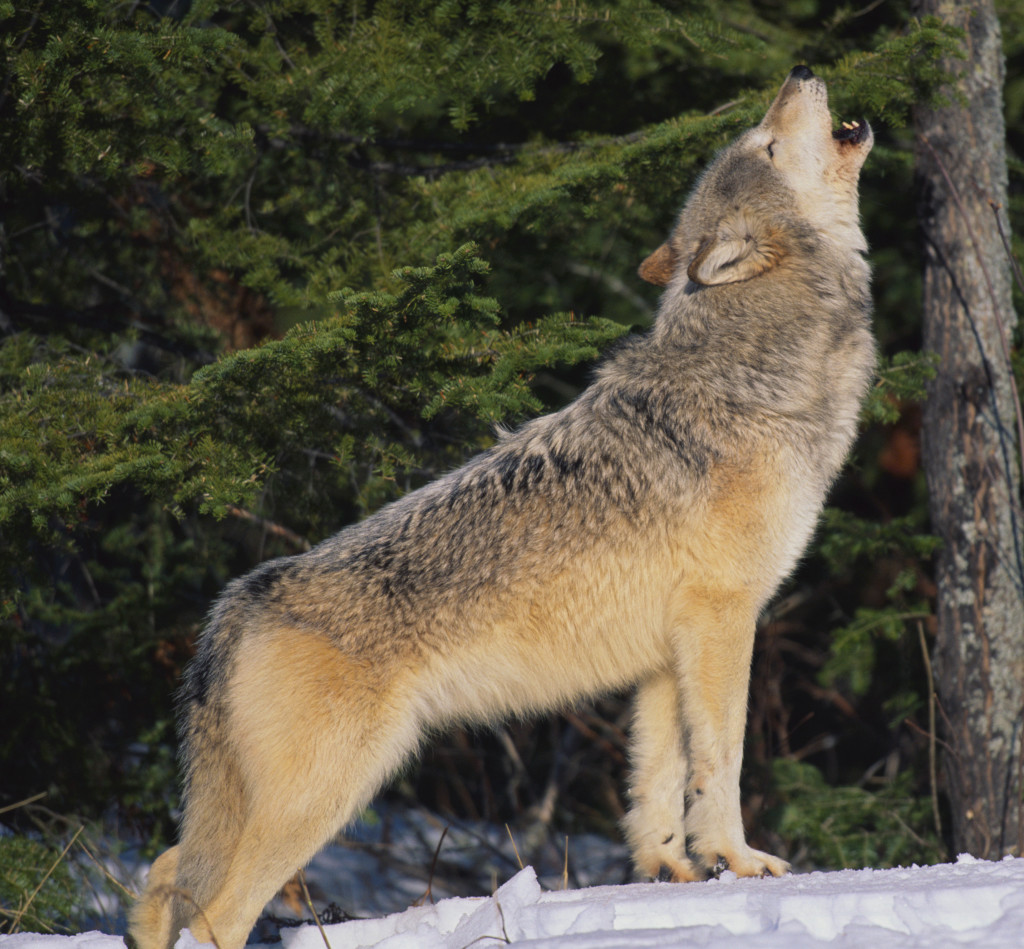 If you come across a wolf (and they have not perceived you) leave the area immediately. If the animal is aware of your presence, try and make yourself appear as large as possible. If you have a shirt or jacket on, try raising it above your head to make yourself appear bigger. Do not run, that tells the wolf you are prey. Do not look a wolf directly in the eyes, it will perceive it as a threat.

Without turning your back, retreat slowly.

Yelling, waving and clapping one’s hands are usually enough to send a coyote packing. If this does not immediately work, there may be young nearby and you should retreat without turning your back.

Rattlesnakes are attracted to sunny areas, particularly rocky ones where the heat of the sun is absorbed by the rock. Being aware of where you’re putting your feet is the best way to avoid an encounter. Rattlers will rattle their tail if they feel intimidated, which is a signal for you to back up immediately.

Unlike moose, bears and other animals, there is no chance of a rattlesnake chasing you down. 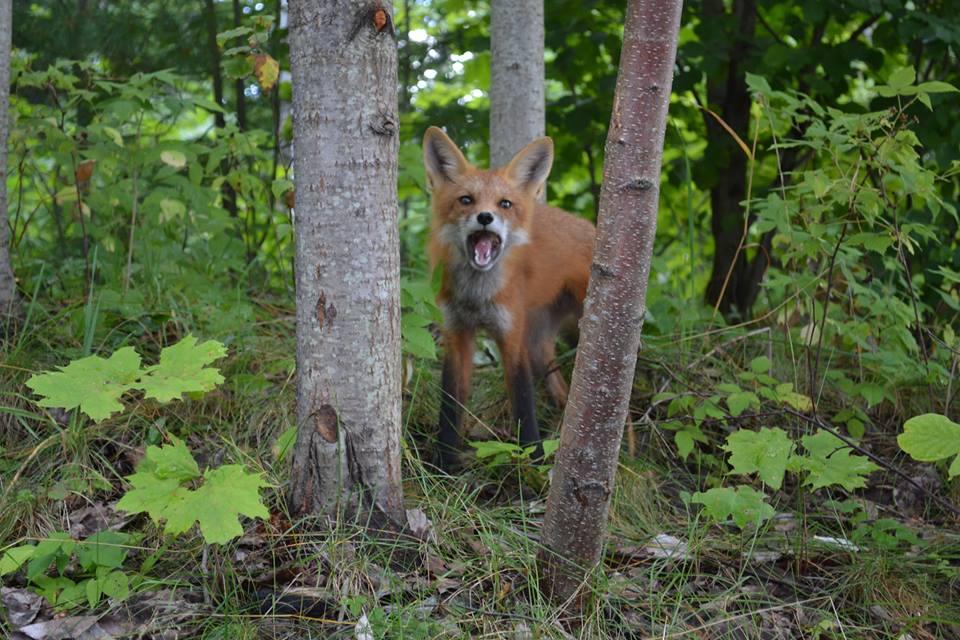 Deer are probably the most common wildlife sighting for runners, although a lot of the time, hearing a runner sends them running themselves. Again, selfies encouraged.