The clocks went back over the weekend, which means that your evening runs might have gone from dusk to full-on dark this week. Running in the dark produces a strange phenomenon that most runners notice – you feel like you’re going faster. It seems that by removing the spatial cues that we get when it’s light out, our perception of pace changes. We can sometimes feel like we’re running way faster than we actually are. 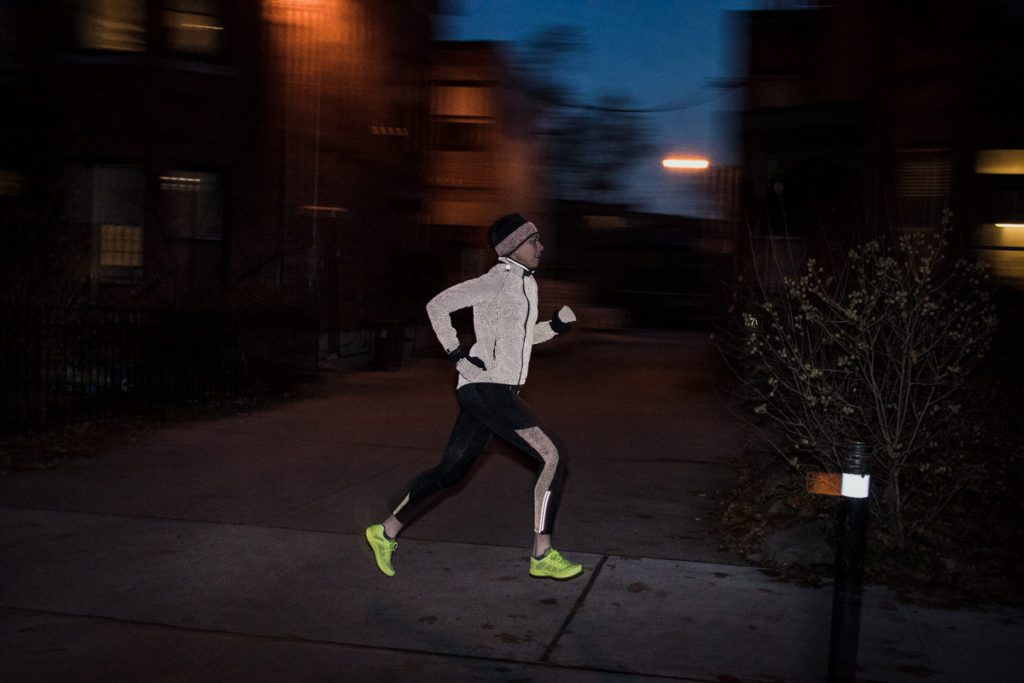 A 2012 study of cyclists looked at something called optic flow influence and how this changes our perceived effort. Perceived effort is basically how hard we feel we’re working, although it can be different from the actual effort (as seen when comparing outdoor running to treadmill running). Optic flow creates a perception of movement relative to someone’s surroundings. Through trials on a stationary bike, the researchers found that when the subjects’ surroundings were going by them more quickly, they felt like they were working harder and going faster (even if they weren’t). Conversely, they didn’t feel like they were working very hard when the scenery was going past them more slowly.

This same phenomenon can happen at night. Because we can only see objects when they’re close to us, it feels like our surroundings are passing us quickly, making us feel like we’re running faster. When you get home from a run that you thought was blazing fast only to discover that it was your normal (if not slower than normal) pace, know that it’s not your fitness failing you, it’s the optic flow influence.

Another 2014 study, which had runners complete three 5K time trials using different optic flow rates, came to the same conclusion regarding the rate of perceived exertion, but took things one step further. These researchers also looked at how optic flow changes the runners’ perception of the distance they’d run. When things were coming at them quickly, as they do at nighttime, they would stop short of 5K, guessing that their run was over. On average, when the optic flow was sped up, runners assumed they’d reached 5K of running about 400m before they had. When optic flow was slowed down, runners guessed their run was over about 1K after it actually was.

Both of these studies help explain many runners’ feeling that workouts in the dark can feel faster and go by more slowly than those runs in the light. While this doesn’t necessarily change your training, it’s something you can anticipate during the first week of November, after the return from daylight time to standard time.