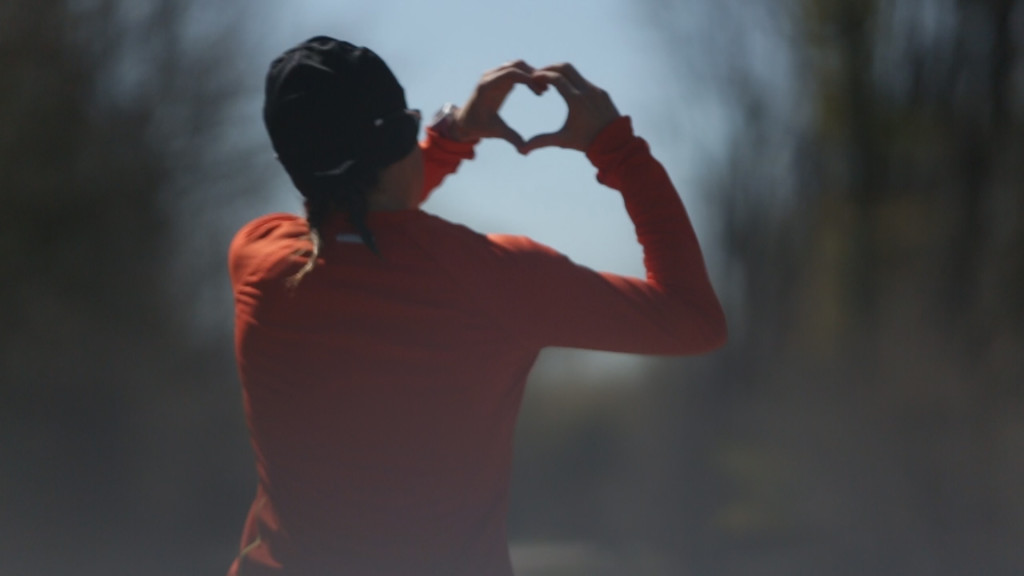 What’s the best way to motivate yourself to do better during a competition?

Uttering words of encouragement to yourself (“I can do this!”) and specifically visualizing your own success– like picturing yourself crossing the finish line– are two of the most effective methods.

RELATED: Five mental tricks for running and racing your best

More than 44,000 individuals took part in the research led by scientists in the U.K. Participants completed multiple rounds of an online task, both before and after a psychological skill intervention. It should be noted that that sample group is large for any type of study and therefore more likely to produce useful results.

Researchers tested three interventions including positive self-talk, imagery/visualization and “if-then planning”. All interventions were delivered via an instructional video given by Olympic gold medalist Michael Johnson.

As the name implies, self-talk refers to repeating, either internally or out loud, a positive message, word or phrase. This is commonly called a mantra. Examples could include: “You trained for this. You are ready. You can do this.”

Imagery or visualization is the act of imagining a particular scene in your mind. Visualizing yourself crossing the finish line of a race or passing an opponent are good examples of this.

Finally, “if-then planning” is a strategic tactic that involves coming up with an effective solution in response to a hypothetical scenario. E.g. “If I start to tire and slow down, then I will increase my leg turnover to get back on pace.” Another example: “If I get passed by an opponent late in a race, then I will stick with him/her and not lose any additional ground.”

Each of these techniques was also applied to one of four aspects of any competitive behaviour: the process, the outcome, arousal control and instruction. The study also used a control group making for a total of 13 distinct groups to compare.

Once all the results were calculated and all comparisons done, both self-talk and imagery were found to be the most effective interventions. The most best of all, were the groups that focused on the process or the outcome of a task.

Self-talk/process: “I will stay strong and steady going up and speed up going down every hill” and “I will run the second half of the race faster than my first.”

Self-talk/outcome: “I will run my fastest time ever” and “I will finish top in my age-group.”

Imagery/process: Picture yourself running strong up the hills and flying fast down the hills. Visualize yourself passing other people in the second half of the race.

Imagery/outcome: Picture yourself crossing the finish line with the clock displaying the fastest time you’ve ever run. Visualize yourself being awarded a medal for finishing top in your age group.