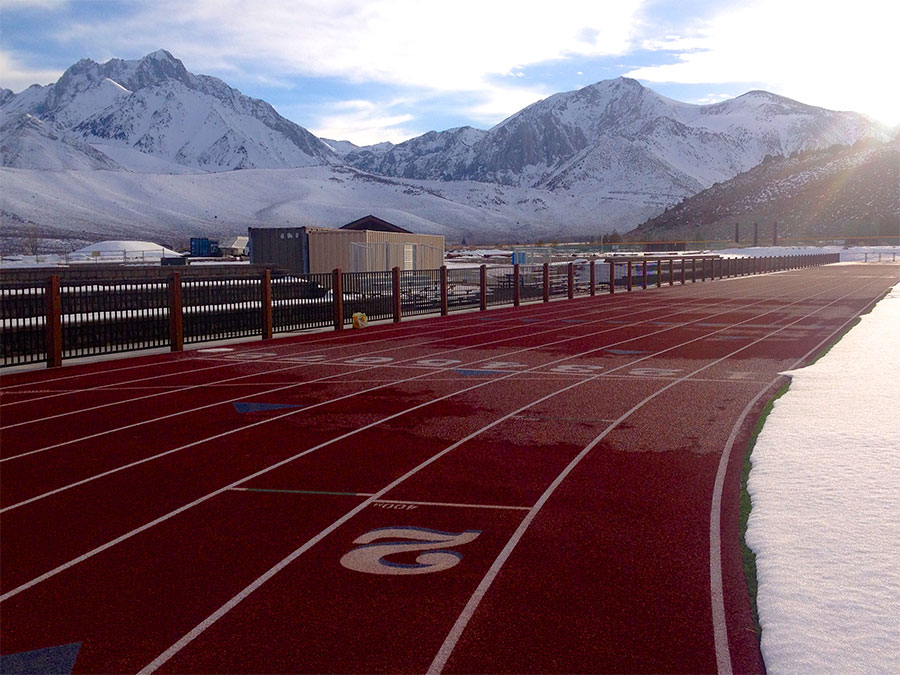 Now that many runners are beginning to think about upcoming spring races–including marathons which are abundant at this time of year–we introduce a workout that has become a staple in many training plans.

Yasso 800s–so named after Bart Yasso of Runner’s World fame–refer to a workout in which a runner completes multiple 800m repeats, usually on a track. The idea is to run them–between six and ten–all in the same amount of time/at the same pace with an equal amount of rest in between. Some argue that if done right, this workout is an accurate predictor of marathon performance wherein the (average) time it takes to complete the ten 800s (in minutes and seconds) will roughly correspond to the time you could run a marathon (in hours and seconds).

E.g. If you average the 800s in 3 minutes and 15 seconds, you should theoretically be able to run an upcoming marathon in 3 hours and 15 minutes*

A good way to approach this is to do the workout early in the season (i.e. now) and aim to complete 6 x 800m. Then do it again in a month or so completing 8 x 800m to assess your progress. Finally, about two-to-three weeks before your goal (marathon) race, do the workout once more aiming to complete the full 10 x 800m.

The workout is best done on a standard 400m track. Be sure to warm up before you begin and also consider adding some dynamic running stretches and a few strides/accelerations before you begin.

Once you’re ready to go, run 800m (two laps of the track) at the fastest pace you think you can maintain for the entire session. You don’t want to run the first ones too fast or you’ll fade later on. As a general rule, start around 10KP and pick it up or slow down slightly depending on how you feel. For rest, you should recover for approximately the same amount of time it took to run the last 800m interval. Running one (400m) or two (800m) easy laps between intervals is a much more convenient option but may provide too little or too much rest to get the desired effect.

Once you complete the 800s, cool down with a final 5-20 minutes of very easy running. Regardless of your pace, this is a tough but very effective workout. Take a day or two to recover by running very easy, taking a day off or cross-training.

*A few notes about this workout. Firstly, if your goal race is a marathon, you’ll still need to do the necessary training including logging the necessary mileage and completing multiple longs runs between 25 and 35K. Just being able to run 800m repeats fast is not a predictor of a fast marathon time. Also note that the times predicted by the workout tend to be a bit generous and may overestimate one’s fitness. Don’t get too caught up in the numbers but instead focus on putting in a hard effort and being consistent with your paces.