Eight years ago, former triathlete Chris Hinshaw sat in his car peering through the window of a CrossFit gym trying to muster the courage to walk inside. Having suffered physical damage from his years as an elite, his triathlon career was done. During his peak, he competed on team USA at the Kona Championships twice, placing second one year. He also won gold at Ironman Brazil and took second place at the Ironman World Championships on home soil. Now, with that behind him, he was looking to try something new. He had driven an hour to the gym but instead of heading through the doors, he sat frozen in his car. “I had never picked up a barbell. I had never done a pull up. I was so intimidated, I drove away,” says Hinshaw.

Today, he’s a well-known name in the CrossFit community. As a trainer, he specializes in “cardio respiratory endurance and muscular stamina.” In other words, he knows how to get the gym buffs to run long and the runners to better approach strength training. The fact that his athletes regularly sweep the podium positions at the Reebok CrossFit Games can attest to his skill as a coach. 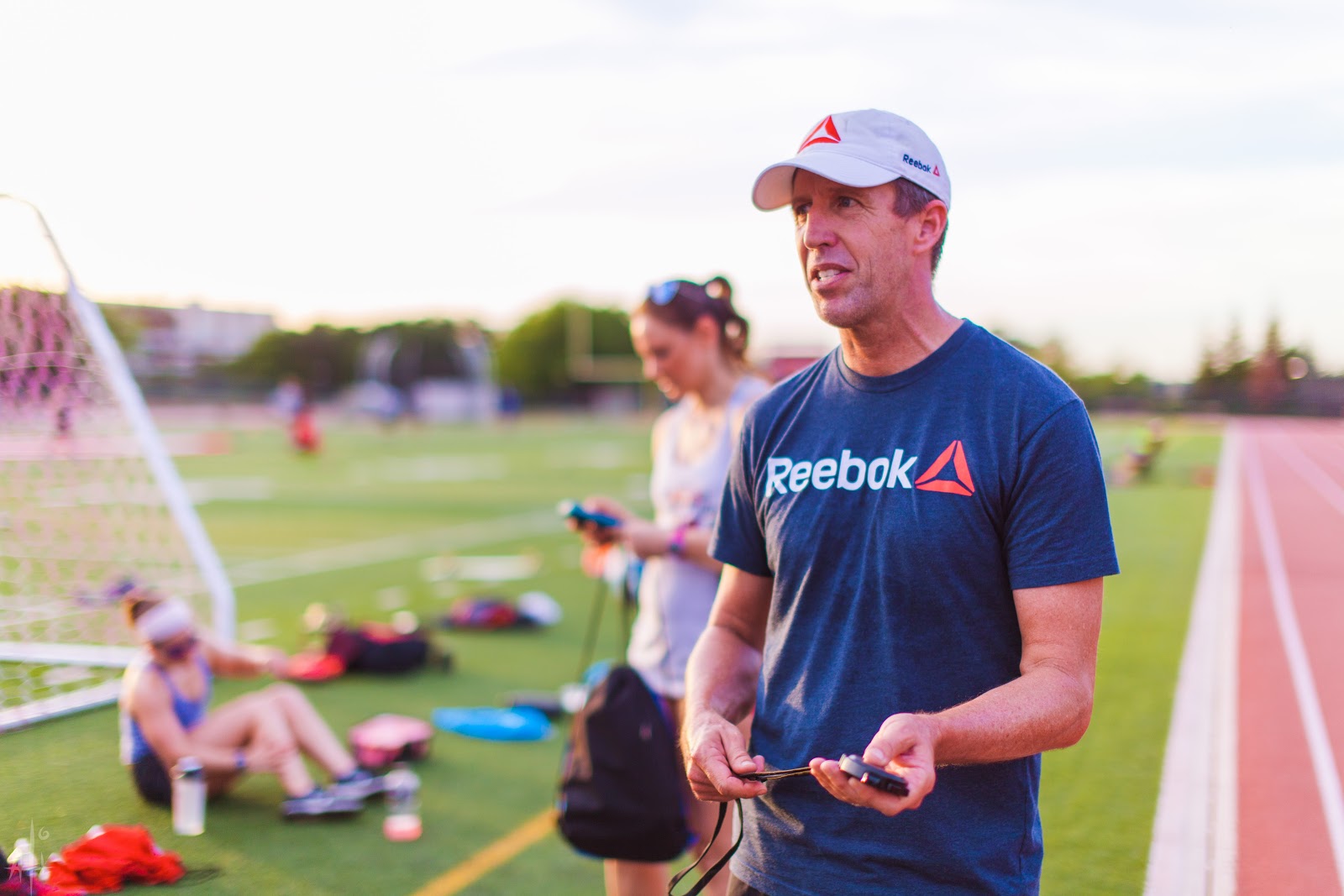 “The thing that people don’t want to do is their weakness.”

As a former endurance athlete who has now turned to CrossFit, Hinshaw knows both worlds and sees the value runners gain from doing full-body work. There are many bonuses— rehabilitating the body from overuse, maintaining speed for aging runners, and having a stronger vessel to prevent lactic acid buildup— just to name a few.

For most of us runners, strength work is an activity that is often guiltily ignored. “The thing that people don’t want to do is their weakness,” says Hinshaw. But once a runner understands why they need to do it, they’re more likely to be motivated to actually schedule it in. Hinshaw breaks down some of the key perks from getting the strength work done.

“I left [triathlon] because of the damage my body took doing that—the volume and the training,” says Hinshaw. “My physical condition continued to get worse until I was introduced to CrossFit eight years ago.” Like many other endurance athletes, Hinshaw relied on using the same muscle groups, over and over again. Strengthening the weak spots, he says, is what restored his health.

So what are those ignored spots for runners? It’s probably easy to guess. “One thing they don’t do, which they should, is looking at strengthening their upper body. They have done a great job of maximizing the efficiency of their legs—the biggest muscle group in the body,” says Hinshaw. 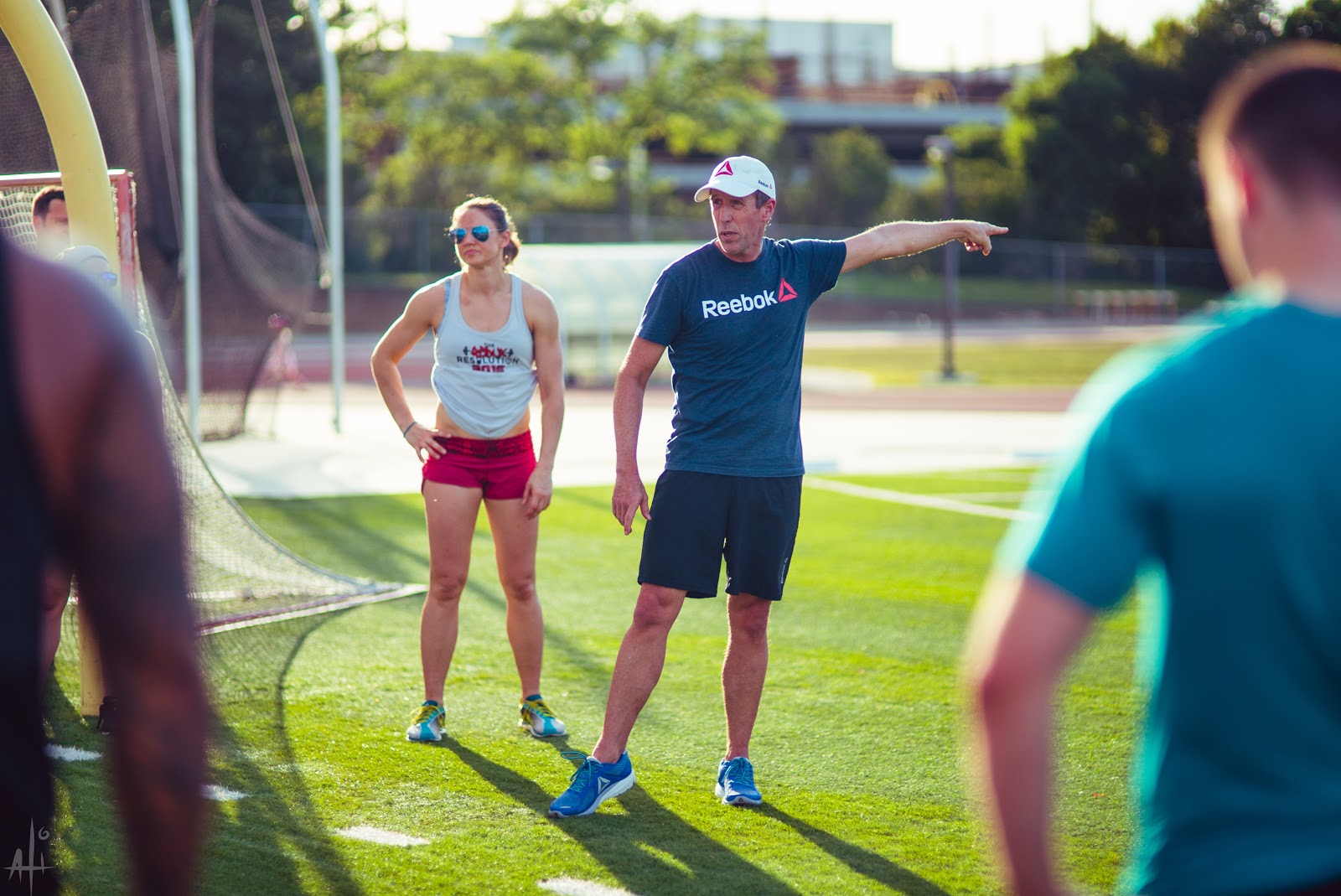 When you think of lactic acid buildup during the race, you imagine that heavy feeling in the legs. But your legs don’t have to feel that way. As Hinshaw explains, the more efficient a muscle is, the better it is at removing lactic acid. Lazy muscles will allow it to accumulate much quicker which means that a runner is functioning at less than they would be had they spent a little extra time spent in the gym.

As runners age, they often move up in distance focusing more on endurance activities—the marathon or half—and less on, say, running a really fast mile. “One of the reasons why athletes, as they age, go into longer distances is because they lose speed,” says Hinshaw. Getting that speed back isn’t so difficult with a little work though. Giving more effort to range of motion and fast twitch function is the way to go. For that, Hinshaw suggests CrossFit workouts that emphasize speed, strength and power.

“It’s a culture of non-judgement.”

Making strength a part of the workout schedule 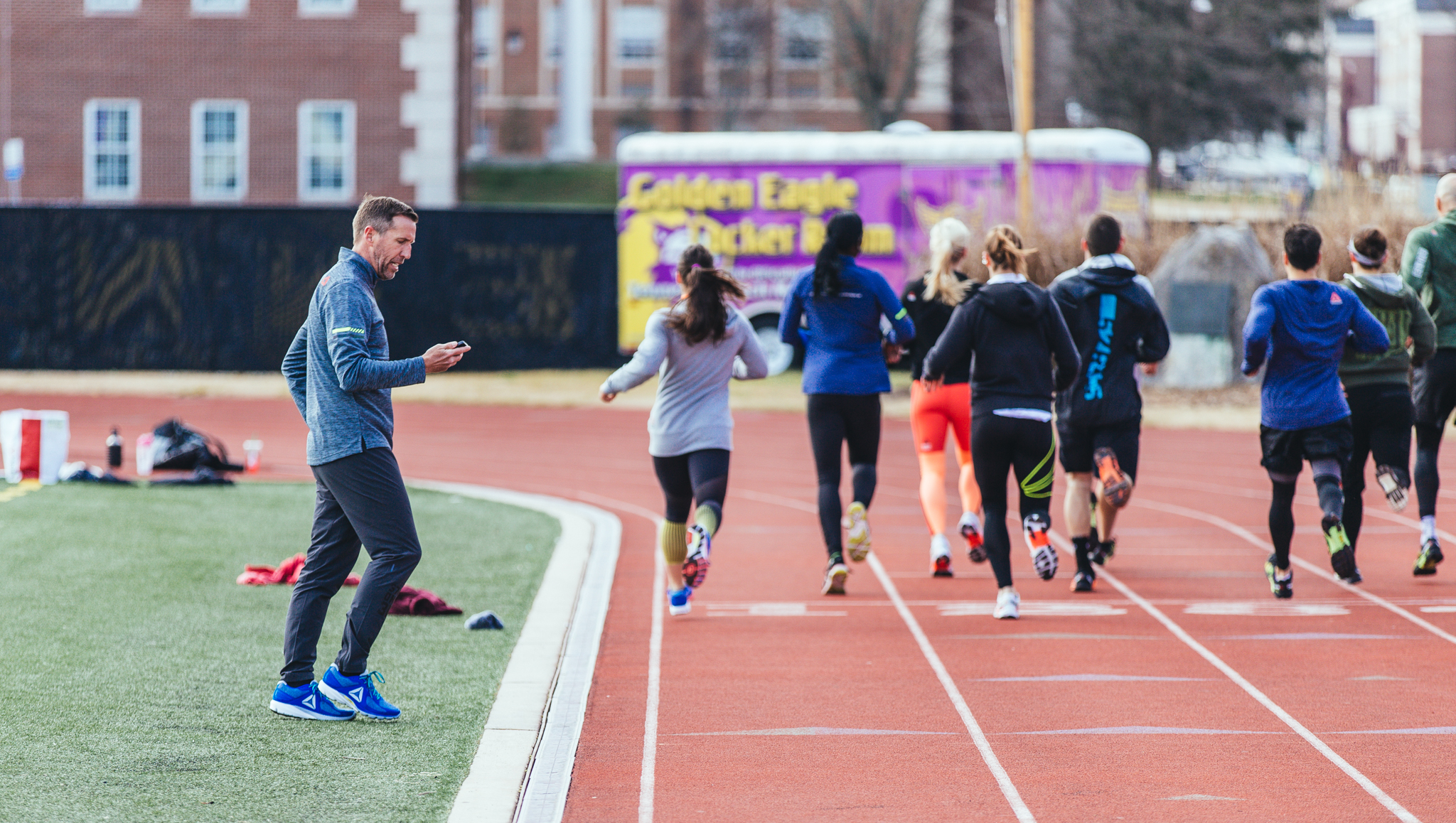 It’s not hard to understand the benefits. For many in the running community though, the problem is figuring out what types of workouts to do and knowing when to do them. With running training, many will start with three base workouts – a long run, a tempo run and a speed run. Those three workouts form the skeleton. “Why not apply that to upper body strength in the same way? That’s what CrossFit does,” says Hinshaw. Runners aiming for a five or 10K race, in his opinion, will address a lot of their issues if participating in three sessions per week in addition to their runs. For races like the marathon that require higher mileage training, going down to two weekly sessions in the CrossFit gym is probably wise.

And for the athlete who fears the gym the same way Hinshaw did on his first attempt all those years ago, he has encouraging words to offer. “It’s more like a family, a community. It’s almost a safe haven or for people who loved health and fitness when they were younger,” he says. “It’s a culture of non-judgement.”