Ever wondered what exactly goes on behind the scenes of designing your favourite pair of running shoes?

This spring, Reebok has made a lot of noise with their latest and greatest pair of kicks: the Reebok Floatride Run. If you’re an avid runner, chances are you’ve seen these out on the roads or at the start line of your favourite races. (Fellow Ragnarians, we’re talking to you especially!) A lot of thought went into the technical details and design, as the Floatride was over six years in the making.

We started talking about credible cushioning and then we had specific imagination session where we’d meet with runners and say: what are your problems now? What are you compromising with? What do you want to feel like? And that’s where that feeling of floating came from.

We chatted with Dan Hobson, the head of design for the Floatride’s creation. He revealed that the heels are made of bra technology, some details are a nod to proud Reebok moments of the past, and the brand created over 50 looks before coming up with the final result.

Oh, and fun fact: Canadian Running editor-in-chief recently revealed that these shoes are his favourite this spring. Listen to that conversation here.

I feel like we lost our way a little bit. We sat down and talked about how we were going to reconnect with running.

Canadian Running: This shoe was over six years in the making. Tell me about how this idea started out and its evolution.

Dan Hobson: The company was founded back 1895 back in England by J.W. Foster, who literally built his own running spikes to run faster and built the company based on that. So we are a running company. I feel like we lost our way a little bit. We sat down and talked about how we were going to reconnect with running. We started from the belief that we love running, we’re a running company, and we wanted to connect with our runners again. That led to meeting with runners of all types, talking with them and starting clubs. It was a whole push.

We started talking about credible cushioning and then we had specific imagination session where we’d meet with runners and say: what are your problems now? What are you compromising with? What do you want to feel like? And that’s where that feeling of floating came from. The floating sensation is something that several different people talked about along with that mindset of letting go with no distractions. Those were all instrumental in the formation of this project. That’s where it started from the conceptual standpoint. We were imagining the future and what could be versus what we have now.

There are no seams that are touching the foot at all.

CR: This shoe has a different look, it stands out. Why does it stand out against others on the running shop shoe wall?

DH: That goes back to those insights on being distraction-free, comfort and floating. Distraction-free is why we chose the knit upper. There are no seams on that forefoot piece. It’s consistently comfortable, it hugs your foot, it feels like a sock. We’re solving some existing problems in non-traditional ways. Shoes have basically been made the same way for 40 years and with this there are a lot of things that are different. We look at the heel. There’s this instant comfort with the way that it’s built with the material that folds over and the 3D construction. Again there are zero seams on that piece. There are no seams that are touching the foot at all. 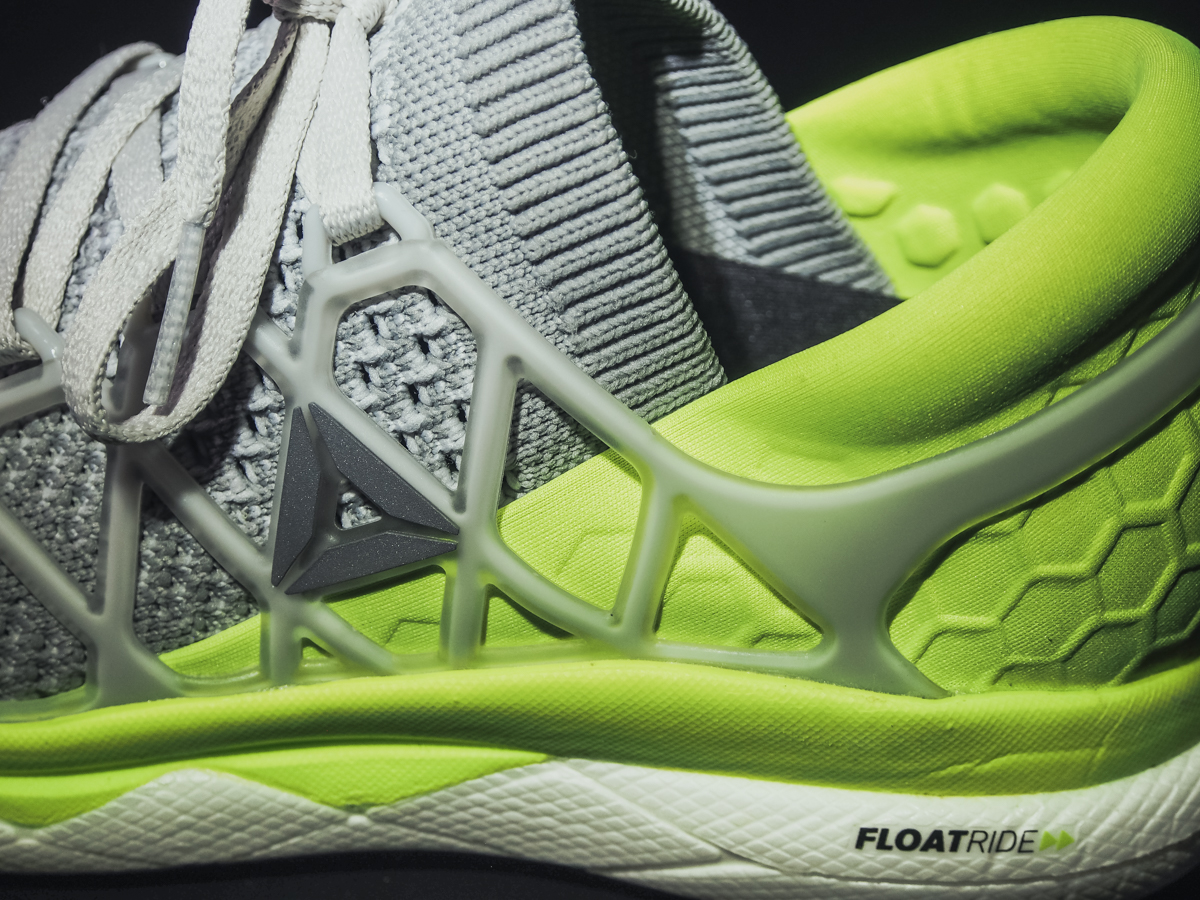 CR: You partnered with a bra manufacturer to make that heel. How did you come up with that idea?

DH: We have been working with that manufacturer for five years and we’ve been working with them with mostly lifestyle shoes. The amazing thing about this tech is that it goes through this transition from hard to soft. Its stable at the bottom and them seamlessly contours into the foam at the top which is soft. Traditional shoes have a plastic heel counter inside them. This is molded and contoured in three dimensions rather than a flat thing that’s just wraps around your foot. 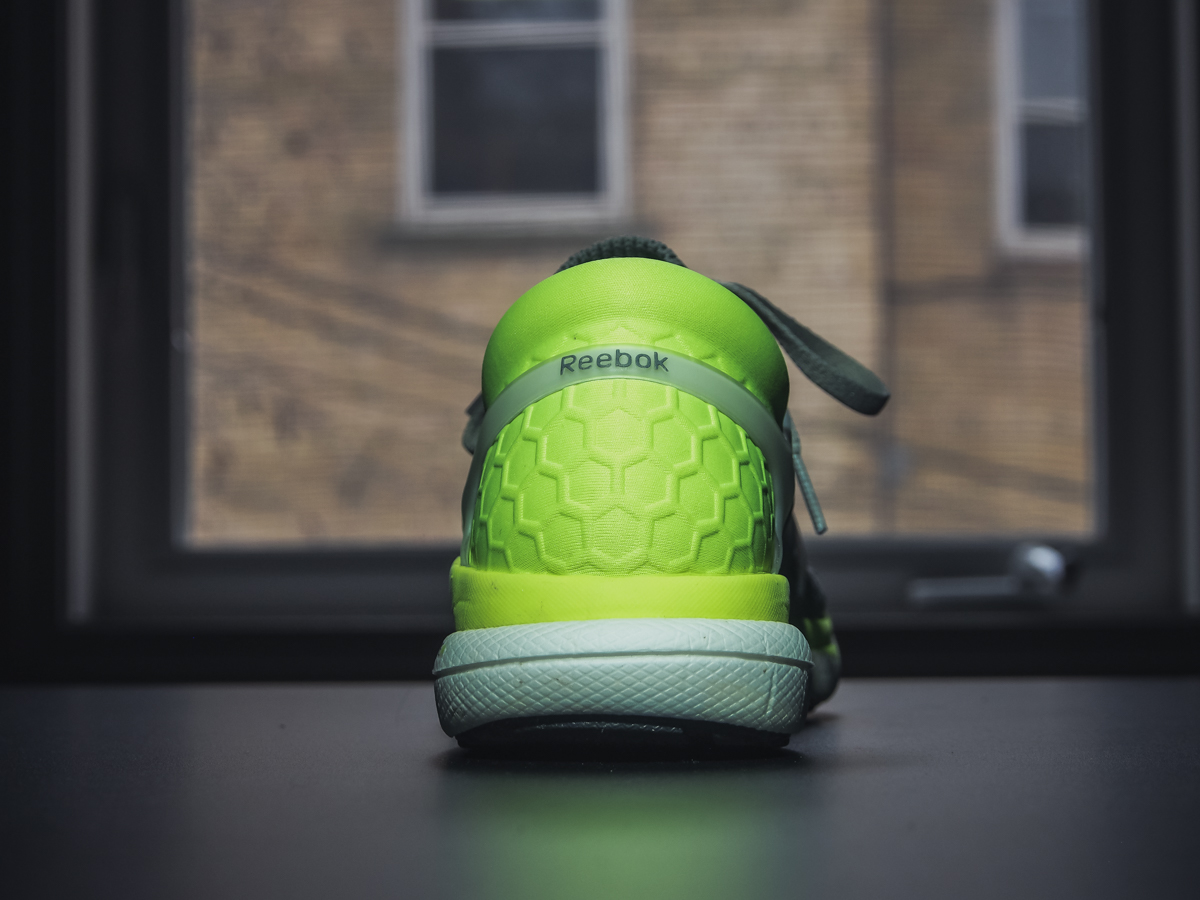 CR: Let’s talk about the cushioning. What kind of sensation were you going for?

DH: Honestly, we wanted it to feel like you were floating. We wouldn’t put the name “Float Ride” on there if it didn’t deliver. It’s responsive, it’s highly cushioned but it’s lightweight. You feel like you’re floating but it’s not floppy. It’s this contradiction of these things that shouldn’t be possible but they are because of the properties of the foam. 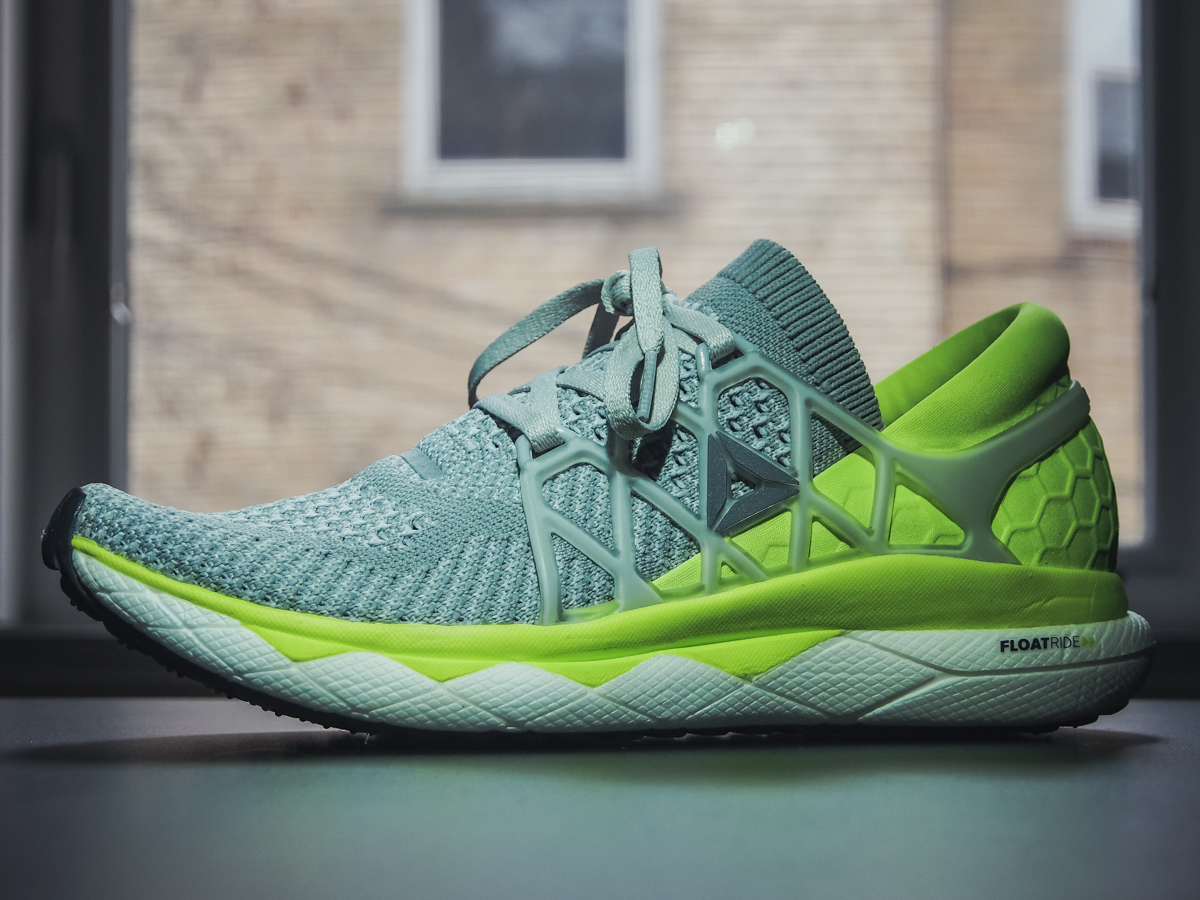 CR: There are a few things that catch your eye. One of them is the cage. What’s the functionality of this feature?

DH: The cage works in conjunction with the top of the EVA midsole. Float foam is the white foam, then you’ve got a coloured foam on top which is actually a sort of horseshoe bonded to the cage. That’s your stabilizer that holds your foot. The cage itself has three eyelets but you can actually lace through the cage in the next level down if you want a wide fit. We wanted to create variability with the lacing while keeping a clean aesthetic.

CR: In recent years, shoes have begun to look a lot different. Runners want functionality, but the shoe has to be on trend. Looking at this, esthetics were obviously considered. How many designs did Reebok go through before you were happy with it?

DH: We had a lot of different designs. I don’t know a specific number, but definitely over 50. When we started out, we met with a lot of different runners for a lot of different reasons. We had our esthetic validators who were people who we thought were cool who were runners and dressed well. We took the shoes to them and said, “Hey what do you guys think?” The way you feel helps you psychologically, too. On a general level, we wanted something that was pretty simplified and almost timeless so that 10 years ago, you’d recognize these elements. If you use these simple elements, they have to be executed in a flawless fashion. 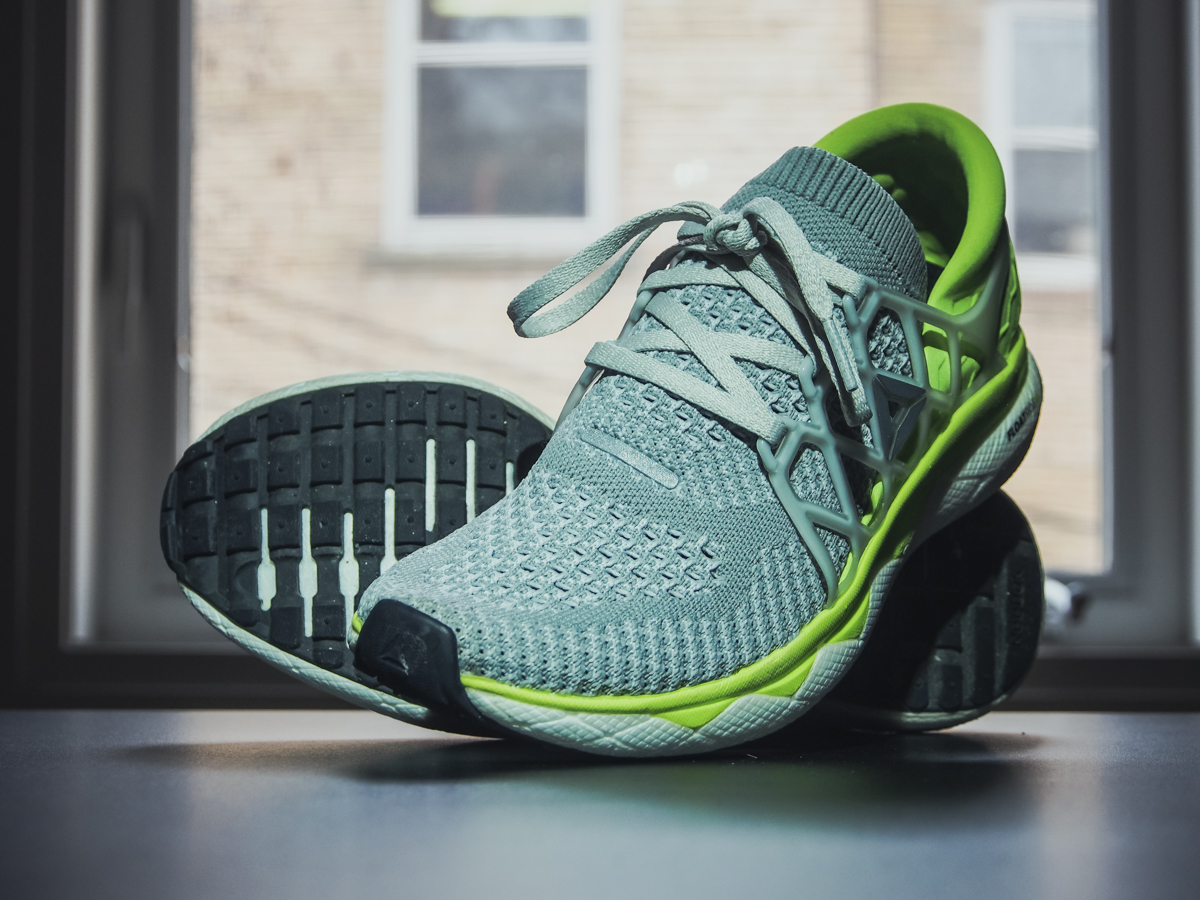 CR: Have you run in them a lot?

DH: I personally have run in them. The thing I’ve loved most about this: I had lost my love of running. We built it and I thought it feels so different. It makes me feel like I want to go out and run. That’s what I personally like the most about it.

CR: What are other details people might not know?

DH: There are definitely some Reebok elements in the shoe that reference back to past performance shoes. These are Easter eggs for people to find. If you look back at some of our athletes from the past who have broken world records, you’ll find some Easter eggs relating back to the design of the shoes he wore… There are even things like the way the knit pattern is—it references back to some of our heritage racing models, too.