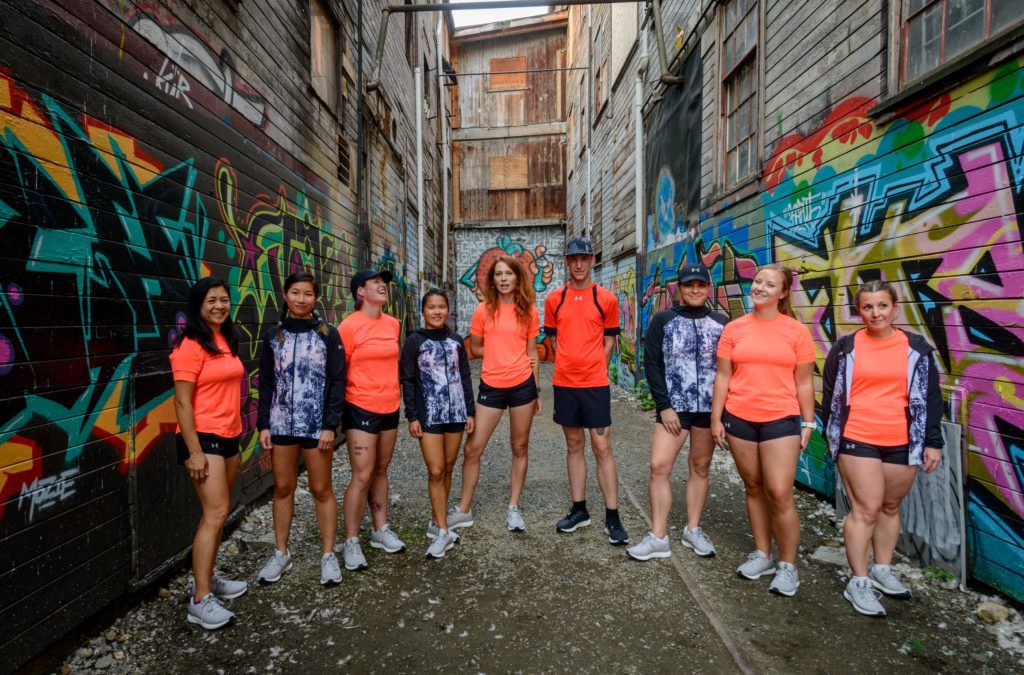 The Under Armour Eastside 10K, just a couple of weeks away, brings huge crowds to a beautiful and fast Vancouver course. Showing up to the start line of any race requires a lot of preparation, and once you arrive at race day, pacers can be a huge part of a runner’s success. Canadian Running and Under Armour are working together to bring you the people behind the pace. We spoke with a few of the pacers for the upcoming Eastside 10K to get a new perspective on race day.

RELATED: Win a Trip to the Under Armour Eastside 10K in Vancouver

Sharon Miki Yoshida got into running in high school where she ran cross-country. “Through college I did a lot of 10Ks and half-marathons. I had an injury, so I took five years off in my twenties and then I got back into it. I did two marathons last year.” She laughs and mentions that she just started a part-time job at a local running store to get more into the sport. Miki Yoshida is pacing the 70-minute finish time, or 7 minutes per kilometre pace group. 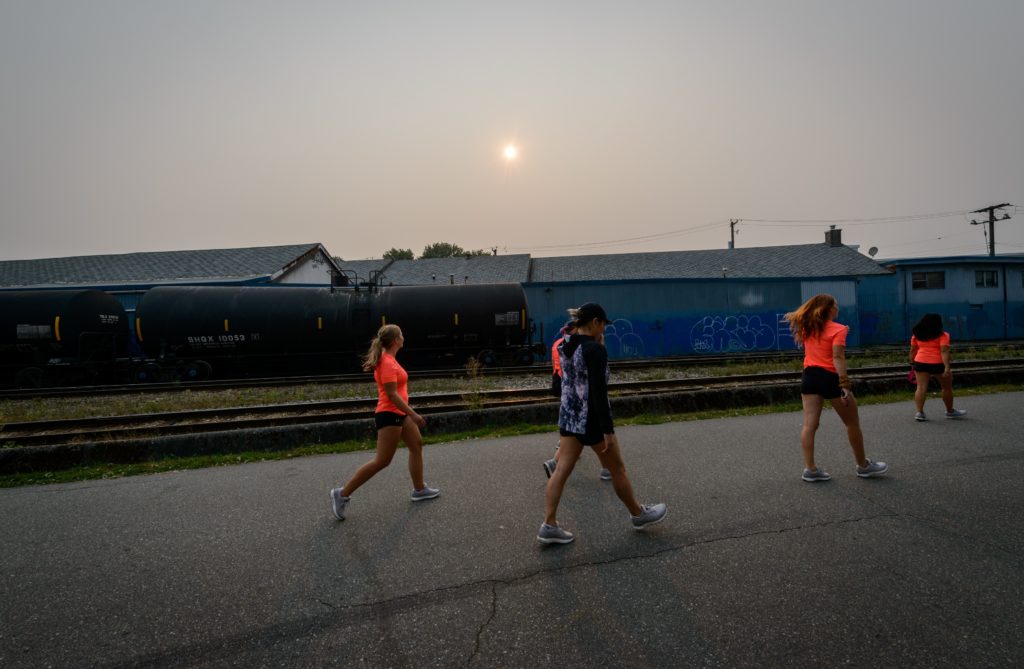 Post-injury, Miki Yoshida had a different pace than she had before. She said that pacers were able to help her find that new pace. “Going from being a pretty independent runner, to getting back into it post-injury, I found that I had a greater appreciation of the pacers in running events. Pacing this race is a personal challenge for me. I’m hoping to inspire people, and encourage those who need a little help to get through the race.”

Melissa Offner is relatively new to Vancouver. “I’ve been here for just over a year now. I haven’t had the chance to run the Eastside 10K, so when I heard that they were looking for pacers I figured I would apply. I thought it would be a really fun opportunity to give back to the community.”

Offner got into running to help her cope with the anxiety she was experiencing in her job. “I needed to find an activity that would allow me to blow off some steam,” she explains. “One day I bought a pair of running shoes and started running. It’s become a full-blown love affair and addiction. Running has become a really important part of my life.” 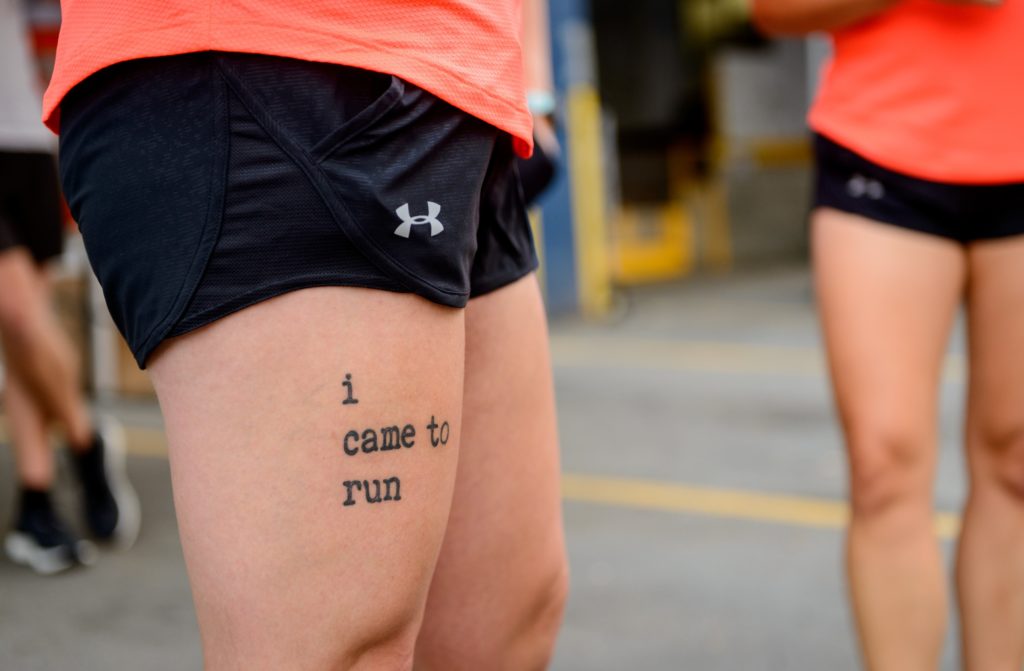 Pacer Kat Davidson is excited to give back to a community that has given so much to her. As a kid she describes being discouraged from running, because “I was told I was too fat, and that kids like me didn’t run.” She decided to prove people wrong. At first, Davidson began running in secret, but over time gained the courage to run among other people. She jokes that running helped her work through good portions of her graduate school thesis.

She’s excited to pace and motivate those around her, “One of the best things is when you finish a race, and someone comes up to you and says you helped them. It feels great.” Davidson is about to be one of those people being thanked. 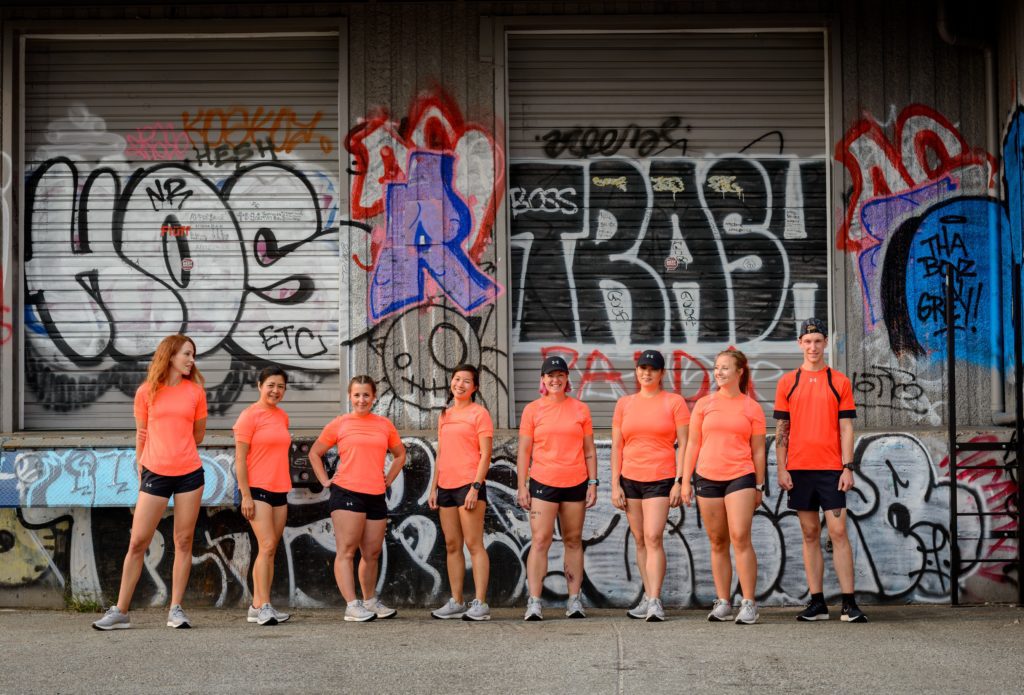 For the Eastside 10K, all pacers are outfitted in Under Armour’s top running gear. Each pacer was given the Speedpocket 2-in-1 Shorts, the Crossback Clutch Bra, and the HOVR Sonic running shoes. All the gear got a glowing review from the pacers.

Every woman loved the HOVR Sonics they were given, and Davidson notes that they just keep getting more comfortable. Offner mentioned their super-responsive cushioning and wider toe box, which she loves.

Each woman also mentioned the sports bra, the Crossback Clutch Bra. Miki Yoshida said, “The sports bra is long-line. It’s awesome and so comfortable. I’m obsessed with it.”