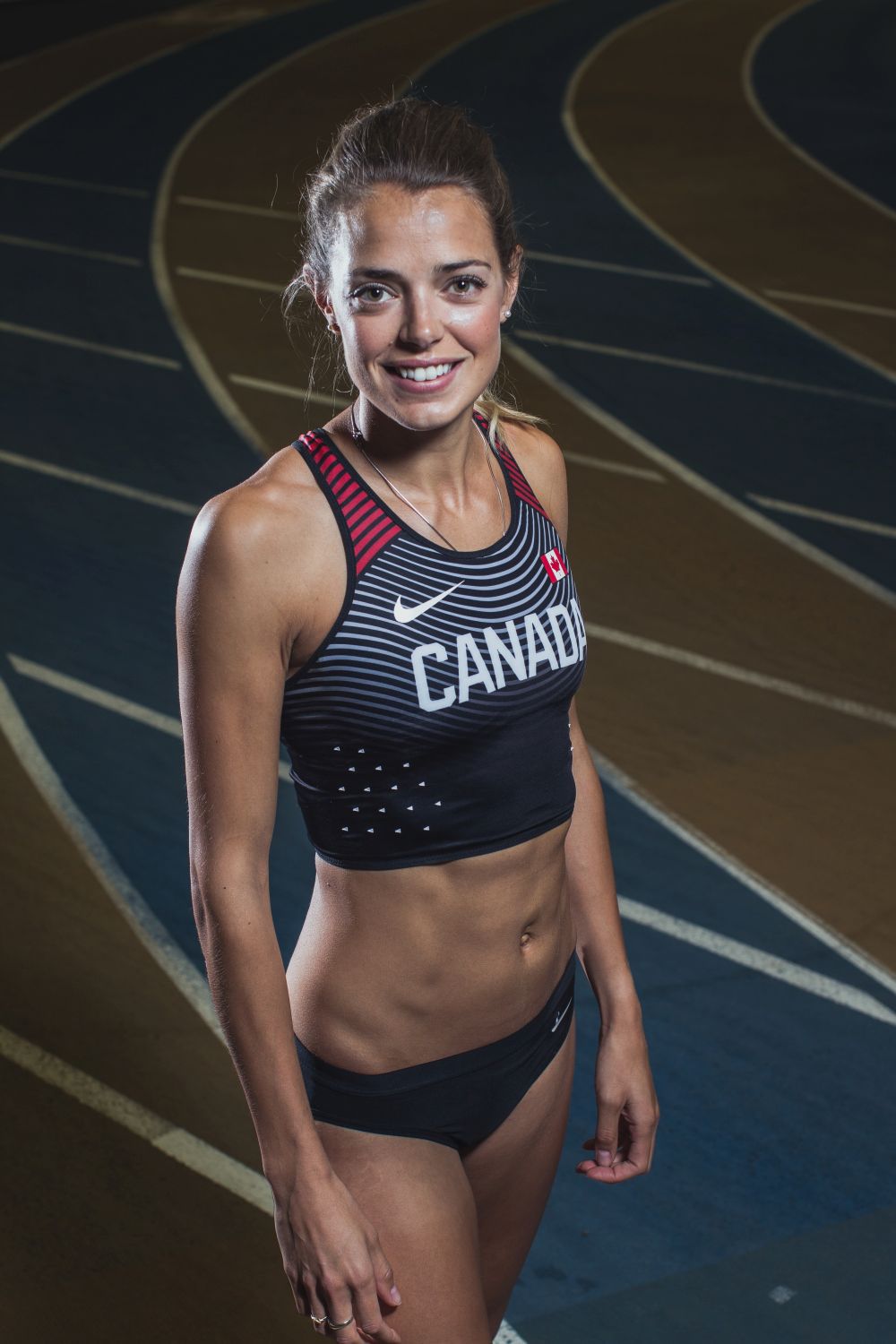 One of the greatest runners in Canadian history on her love of coffee, Switzerland and racing in a packed stadium. Here are 10 questions with your favourite 800m runner:

1. What would you say are your defining characteristics as a runner?

My tactics: being able to read the race scenario and where I am in the pack the majority of the time.

2. What do you admire most in another runner?

Braveness – probably not a word, but I admire so much when athletes take smart chances or risks in a race even though it might not work in their favour in the end.

3. What is your idea of happiness?

My soon-to-be-husband [now spouse] Osi, my family, a cup of coffee, running and a hot sunny day.

4. Who are your athletic heroes?

Anyone with enough guts to take risks in a professional sport career that is often short and dictated by age. And any beginners at running who are trying something new (mainly halfs and marathons): you’re my hero. It’s scary as heck to me to be facing a distance so far. Go you!

Switzerland. I’ve spent some time there recently with Diamond League races and training. To me it is such a peaceful country. Lake Geneva, the mountains, the people – it’s so easy to get around. I love that country, it also reminds me of home.

6. What is your greatest running-related regret?

I have very few regrets in my running career; all of them are races (maybe four-ish). Most of the regret is wishing I would’ve been more brave and took a chance in the moment. It’s hard to determine that in a race scenario; but when I look back on it, most of the time, I wish I would’ve had the guts to just try and see what would happen.

7. What is your greatest fear?

I fear that my next goals/careers after track and field won’t be comparable to the feeling of excitement and adrenaline of racing in a packed stadium. That’s unlike most feelings I’ve ever known or experienced – such a great high.

8. If you could change one thing about yourself, what would it be?

My love of clothes and shoes… I love them, but I don’t need that many.

9. What’s one thing you can’t live without?

Have fun and smile. It’s not always fun, but the majority of the time if it is, then it’s worth putting the effort in for.