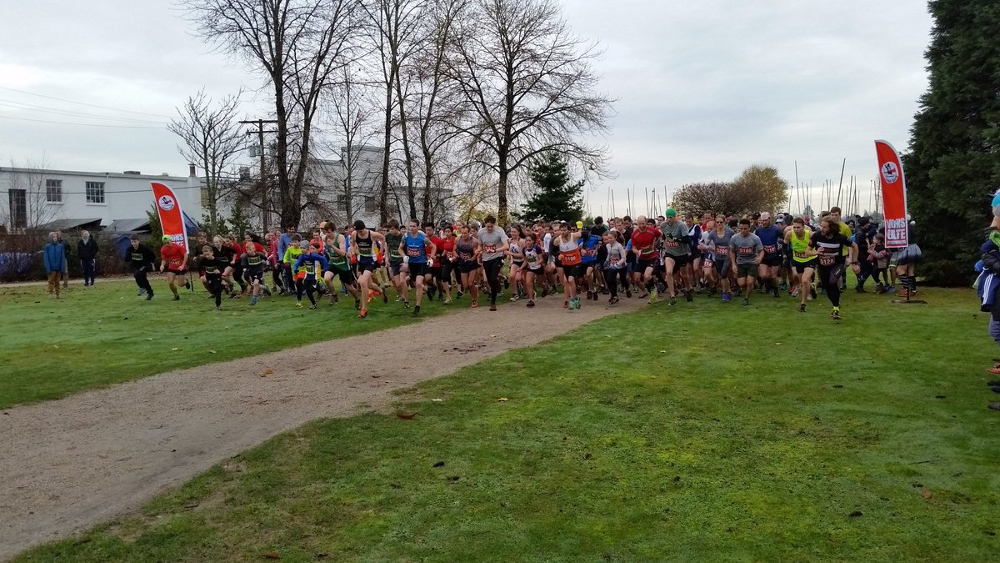 The Gunner Shaw Cross-Country Race in Vancouver required some last-minute race adjustments because of a local police investigation. According to race officials and participants, a deceased person was discovered nearby requiring the race to be rerouted to accommodate for police and and medical personnel.

“Perhaps a first for a running event,” says Lions Gate Road Runners Vice-President Margaret Buttner. “[The race] experienced a big challenge yesterday as a corpse was found adjacent to a section on the course two hours before start time.” The race began at 11 a.m. local time.

“We moved everything, registration, package pickup, food out to the parking lot on five minutes notice, many hands helping out,” Buttner says. “The whole Jericho Sailing Club was in lock down. We usually run along the beach but that was a no-go zone so [we] rerouted along the pedestrian path. The trail part including epic puddles was fine. So we heated the soup using propane, still had 31 pizzas delivered (devoured immediately) and still gave out awards.”

A spokesperson for the Vancouver Police says that an elderly person was deceased and that the area was sealed off to preserve evidence. There were no concerns to public safety and the VPD says that its not uncommon for senior citizens to be in the area because of the nearby “residential circumstances.” No further details were provided.

Map of the area

The event, held at Jericho Beach, the former site of the Canadian Cross-Country Championships, went off as scheduled though the course and post-race festivities changed. A total of 179 runners finished the 5K and 10K distances, according to Start Line Timing, in the final event of the BC Athletics Lower Mainland Cross Country Series.

“When I arrived, there were a number of police vehicles, including one that had a sign on it: Coroner on duty,” writes local runner Debra Kato. “Because of this police incident, we were not allowed to be in the clubhouse. There were some logistics that had to be figured out and the Lions Gate Road Runners did a superb job getting it all to work. Everything had to be outside.”

The annual event is named after Bruce (Gunner) Shaw, a well-known B.C. runner who passed away in a car accident in 1984.

“This speaks to the resilience and experience of our club in many ways,” Buttner says. “We’ve been around for 46 years and have put this race on 33 times, in snow, gale force winds, rain and icy cold. This was a new twist for sure.”