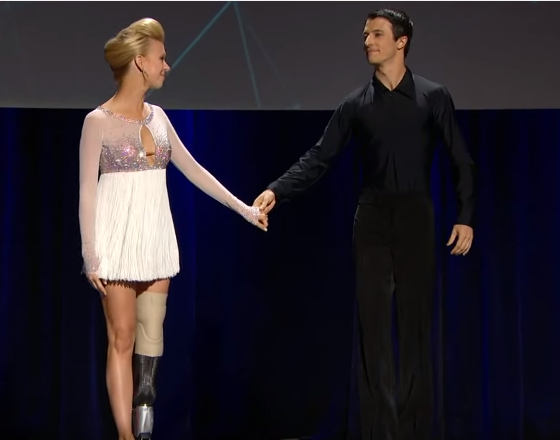 Adrianne Haslet-Davis, a survivor of the Boston Marathon bombings in 2013, had her luggage, which included her prosthetic leg, lost by American Airlines late last week.

Haslet-Davis, a professional dancer who lost her leg running the marathon in 2013, tweeted at the airline stating that $250,000 worth of dance parts and her prosthetic had been lost.

The prosthetic, manufactured at the Massachusetts Institute of Technology in Cambridge, was designed for Haslet-Davis to continue her dance career. Haslet-Davis was able to finish the Boston Marathon just one year after being injured.

Hi @AmericanAir u lost my luggage w over $250k of leg & dance parts. I have an entire team on u. Pls respond, been days can’t dance #retweet

Fortunately, American Airlines was able to locate Haslet-Davis’ belongings but not before the luggage had traveled to another country.

Haslet-Davis made her first public dance appearance with the prosthetic at the TED Conference in March 2014 in Vancouver.