Carbon-plated shoes have swept the market, with most runners owning at least one pair of plated footwear. When any new technology become popular, consumers look for their drawbacks. Thus far, the major downfall of the carbon-shoe revolution has come from more ethical issues, like accessibility and mechanical advantage. In recent months, World Athletics has imposed rules on both stack height and availability in an effort to resolve these problems.

RELATED: What the carbon-plated arms race has done to running

Another potential drawback that’s been raised by runners is a physiological one: is there such thing as a shoe that’s too protective, and is all of this new technology making runners weaker?

Shalaya Kipp is a 2012 Olympian in the steeplechase who’s now a PhD candidate at UBC in exercise physiology. Kipp has worked on several studies of the Nike carbon-plated shoes, including the original 4%. Kipp says this argument about weakness goes back decades. “This isn’t a new concept, that shoes [in general] make our feet weaker. We know when we wear shoes our feet are working less, and this can contribute to the weakening of those foot muscles.”

Kipp raises an important point – that any kind of protection technically makes the foot weaker. She also says the carbon-plate-causes-weakness idea isn’t new. “People get stuck on the carbon plate because it’s a buzzword, but we’re still not sure if the foam or the plate is contributing more to improved economy and recovery in runners [which some critics equate with weakening].” 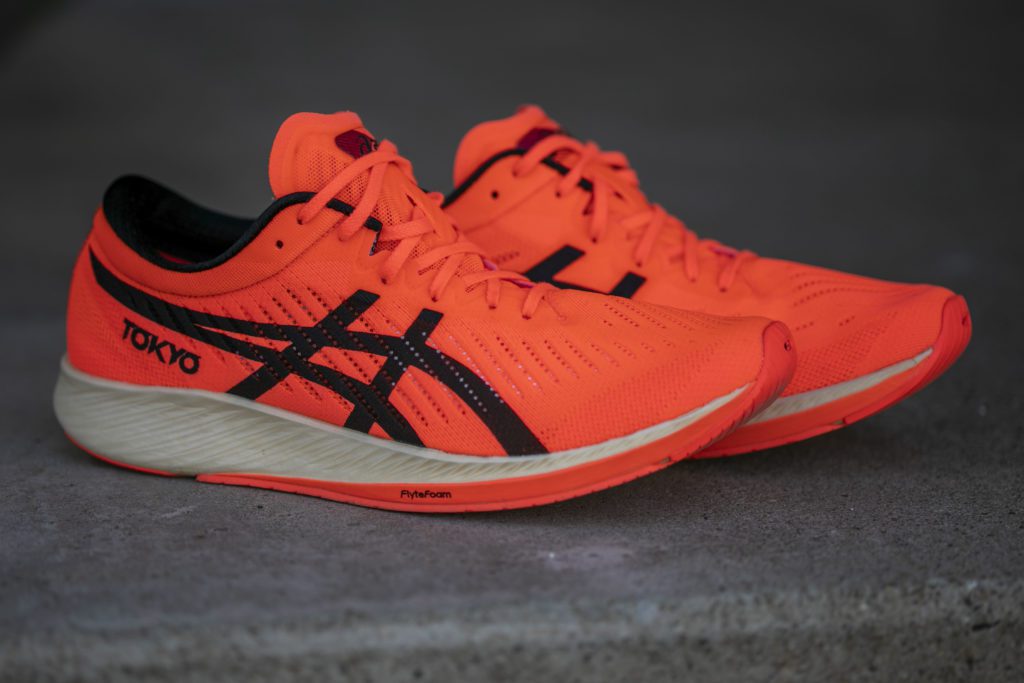 Kipp goes on the say that the idea of a stiffening plate has been around as long as orthotics, which conceptually work in a similar way – they provide stability for the foot. And further to her point, a February 2020 pre-release study found that adding carbon plates to shoe soles didn’t improve running economy at all. This suggests once again that the secret sauce is the cushioning combined with the the plate, and not just one or the other.

The point that Kipp wants to drive home is that the new shoe technology is undeniably lessening the workload for the foot, but that we don’t know the longterm effects yet. “The shoe is so new. We know that in the Nike Vaporfly 4%, we saw that runner’s MTP [metatarsophalangeal] joints did less work. If the foot isn’t working as hard, then logically, it’s not getting as much stimulus, so the muscles would get smaller. We know this from short bouts of running in a lab. However, longterm, after someone wears the shoe for months, nobody knows that outcome yet.”

While running shoes are undeniably changing, researchers, Kipp included, are unsure if the dramatic race results are coming from the plate or the foam. And beyond the fast times, more work needs to be done to know what the longterm effects are. For now, we know that the shoes improve economy and that world records are falling at an unprecedented rate. As for the negative side effects (if there are any) we’ll have to wait a little longer to discover those.