Athletics Canada has announced the names of 54 athletes who will make up the Canadian team at the World Athletics Championships (WAC) in Eugene, Ore., from July 15-24. 30 women and 24 men will head to Eugene, with a total of 15 Olympic medals between them. An additional five track and field athletes were announced on July 7.

Notable track athletes include Aaron Brown, Andre De Grasse, Lucia Stafford, Damian Warner, and Maddy Kelly.The last World Championships were held in Doha, Qatar, in 2019, and Canada returned with one silver and four bronze medals. De Grasse won silver in the 200m and brought home a bronze in the 100m, while Warner took bronze in the decathlon, Mohammed Ahmed in the 5000m, and Evan Dunfee in the 50K race walk. All of the 2019 medallists will be returning to this year’s event.

Team Canada’s head coach Glenroy Gilbert has high hopes for this group, as reported on the Athletics Canada website: “With the World Championships as our benchmark event, we’re expecting the athletes to perform at their very best and this is our strongest team,” he says. “We have had some great performances at National Championships last week in a variety of events. We were also missing some athletes who will be at Worlds, so we are anticipating some great results overall in Eugene.” 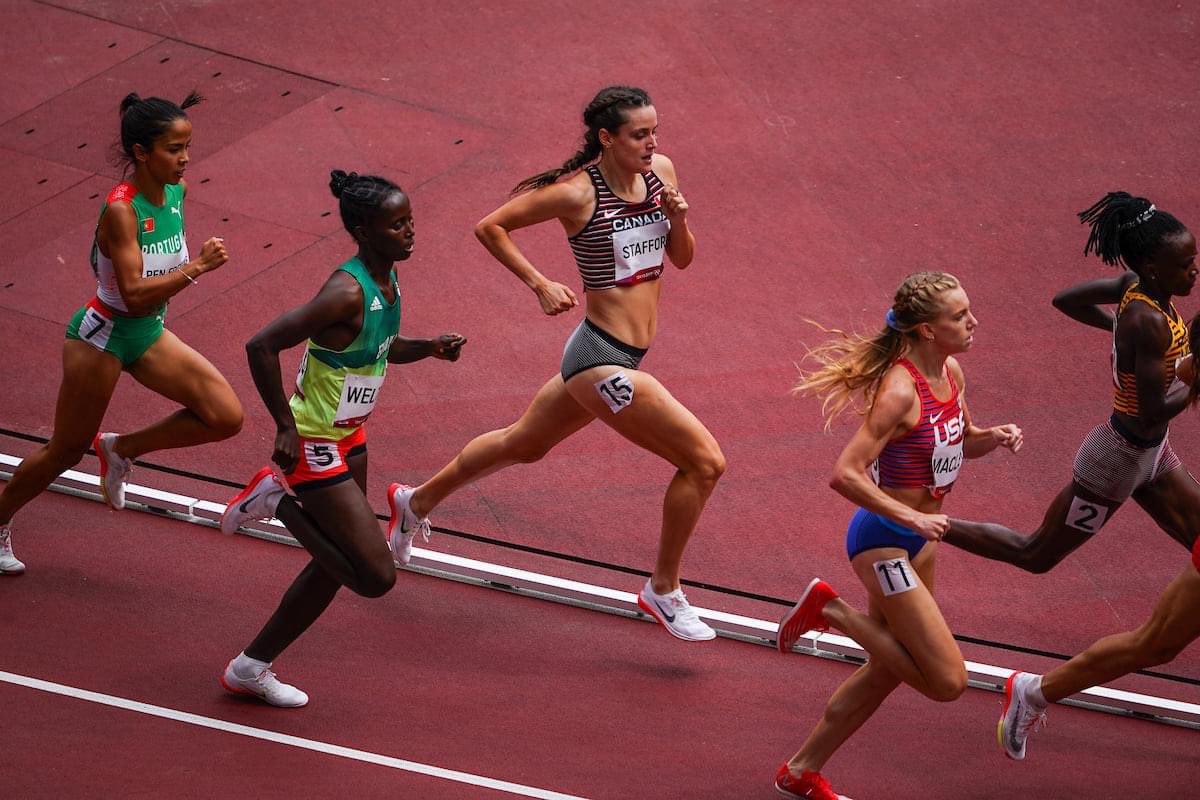 Brown, who won his tenth national title last weekend at the Canadian National Championships, told Athletics Canada that he is looking forward to competing in North America. Brown put on a season’s best performance to win the men’s 200m in 20.03 seconds last Sunday afternoon in Langley, B.C.  “This world championship is special because it’s in the U.S. for the first time,” said Brown. “Hayward is always a special place to run and I’m hoping this opportunity to grow the sport on this side of the world is seized.”

The 2022 World Athletics Championships will take place at Hayward Field in Eugene, Ore., from July 15-24.