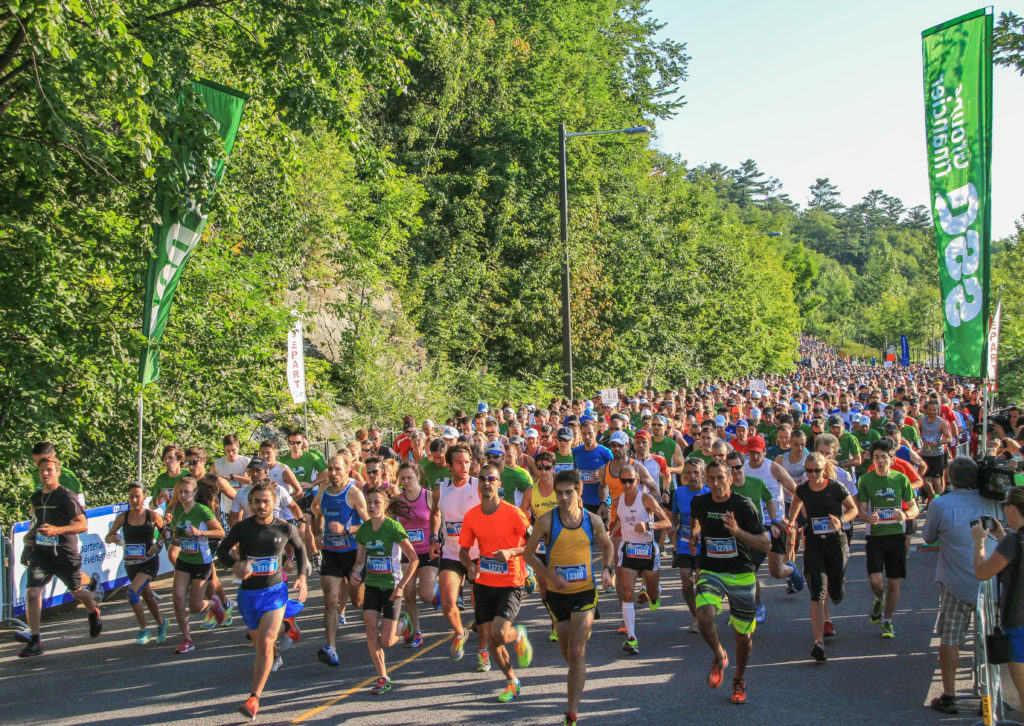 A recently published report from the website RunRepeat.com found that American road race results are slower than ever before. The report looked at more than 34 million U.S. road race results between 1996 and 2016, the largest analysis of its kind.

What are the average American marathon times?

One of the report’s most interesting findings was based on 5.7 million marathon results from over 3,800 races (Note: only races with 2,000 or more finishers were included in the analysis). It found that over the past 20 years, the average marathon finish time has slowed by 25 minutes from 4:15 in 1996 to 4:40 in 2016. Going back even further, the average male finish time in 1980 was 3:32 and in 2016 it was 4:22. Female-specific data was not available in 1980 when only about 10 per cent of marathon finishers were female, which is why no parallel analysis exists.

Why are marathon times slowing down?

The report then presents and explores several popular opinions as to why the times are slowing. One possible explanation is because the proportion of female participants is increasing and, generally speaking, female times are slower than male. Another suggestion is that oftentimes, people new to the distance simply walk the race. Another belief is that the slowest runners are getting even slower which is responsible for the overall trend.

In the second case, analysis found that the proportion of runners finishing at a slow run or walking pace was inconsistent. There’s no evidence that the number of finishers who simply walk the entire distance account for the slowing of average times.

Finally, the authors looked at the average finish of the 100th, 1000th, 2000th and 5000th finisher and independently looked at the rate of slow down for different “types” of finisher (fast vs. slow). It turns out that all runners have been slowing down. The rate at which this is happening wasn’t different between faster and slower runners. That means that slow runners aren’t solely responsible for the slowdown.

So that leaves the question: Then what is?

The authors present the rise in obesity as a likely, but unconfirmed, cause. Just as rates of obesity in the U.S. have increased– from roughly 20 to 30 per cent– so too have marathon times slowed. The correlation between the two is strong. This, however, cannot infer causation.

Perhaps more relevant to the question, the report also looked at the 100th, 1000th and 10,000th slowest finisher. With this information, they compared the rate at which that changed over time. It was found that the slowest runners were indeed slowing down at a much faster rate than the faster marathoners.  The difference was significant enough that the faster finishing times cannot compensate. That’s what is bringing down the average.

This could be a result of many newcomers getting into the marathon. This group could be clocking slower times due to a lack in fitness and experience. The authors then speculate that the increase in overall participation may have a detrimental effect on the faster, more experienced runners who may then seek other types of endurance sports (ultrarunning, trail running, triathlon, etc.).

Race times are only a small component of the sport. Ultimately, it’s important to celebrate and encourage increased physical activity and sport participation. Distance many health and wellness benefits. Nevertheless, it’s also curious that in the past two decades, finish times have slowed drastically and some seemingly obvious reasons for this do not tell the whole story. It also goes to show that completing the 42.2K has become a key goal for a large portion of the marathon crowd.