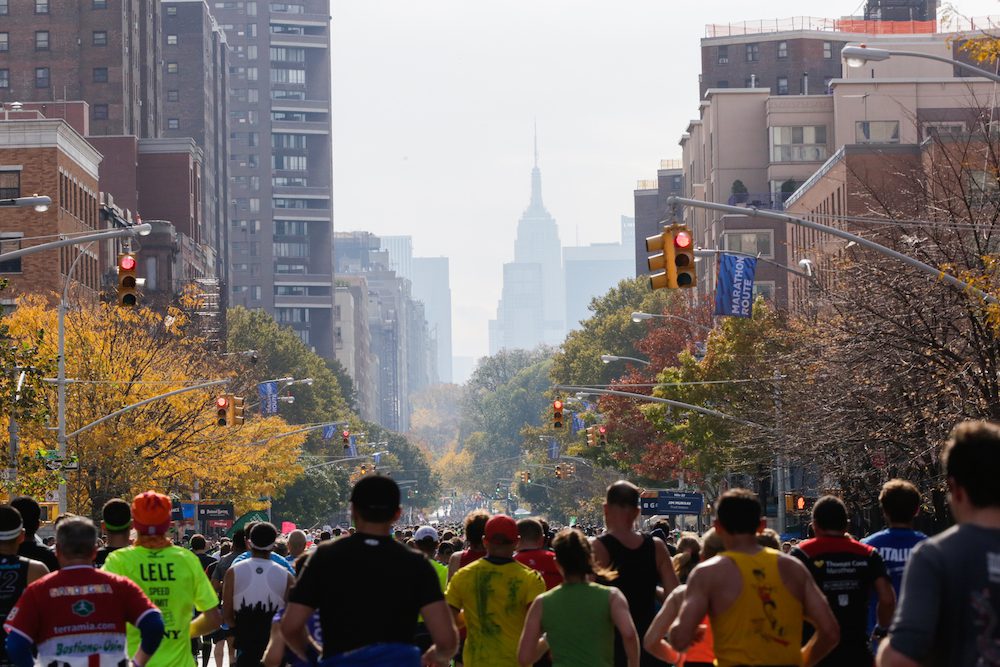 Watching major marathons like Boston or New York, it’s easy to focus just on those top runners who cross the line.

Yes, we’re all holding our breath to see who will take the top podium position at these huge events. And of course, if there’s a record on the line, that usually wins the attention of the crowd. Sometimes though, it’s the runners farther back in the pack who have the most interesting backstories. One example: the 17th place runner at this year’s New York City Marathon: John Metui of Kenya. He travelled to the U.S. to compete and knocked out a 2:23:40 marathon – quite a reduced time from his initial 42.2K which he ran in 2:55. That was just last year, also at the New York City Marathon where he made his debut.

As one recent story points out though, Metui comes from quite an interesting background. Back home, he works as a server at a safari camp. That’s not a story you hear about high-level runners everyday.

He’s from a part of Kenya right near the border of Tanzania that is the home of people from the Maasai tribe. Traditionally, this group wandered plains of Kenya and into Tanzania. They also used to hold competitions where they’d go on a lion hunt to prove their strength. Today though, they hold running competitions instead in a bi-annual event where winners are selected to compete at the New York City Marathon.

“On Sunday morning John took his place with the other runners, his registration number 19568, meaning he started well back in the crowd of runners….. as the miles went by, thousands of other runners saw the soles of John’s running shoes as he passed them, seemingly effortlessly…” Check out our very own John Metui in the local paper 🇰🇪🙌🏾! Everyone at MWCT are so so proud of you 👏🏽✨ A wonderful story – click the link in our bio to read the full article! @nycmarathon 🏅✨🗽🇰🇪#newyorkcity #NYC #marathon #nycmarathon2017 #maasai #wilderness #conservation #MWCT #running #runwild

One particular spot plays a significant role in all of this is a safari camp in the region called Campi ya Kanzi. It’s a 16-bed lodge where tourists flock to observe all the animals who live nearby, the wilderness and the local culture. The lodge uses its tourism draw to raise funds for the Maasai Wildnerness Conservation Trust (MWCT). That’s a charity that sends its dollars to protect wildlife but it also supports people who live in the region by contributing to healthcare and education costs.

During the competition, those winners selected to go to New York run the prestigious American race as a way to raise money for the charity.

As mentioned, Metui was one of the runners who boarded the flight to New York last year. When he returned home from his marathon debut, he was jobless. As such, he was offered the chance to work as a server in the lodge. Since then, he has continued his running, training when possible and going for runs when it suits his schedule. He trains along this gorgeous part of Kenya that other seek out to spend their travel time.

It’s fortunate he got the job when he did too because in the lead-up to this year’s New York Marathon, one major donor of the MWCT decided to sponsor him so that he could travel back the U.S. to run again. In doing so, the sponsor helped the Kenyan athlete take a half-hour off of his time.