Mark Daly is the BBC journalist who has been following the Alberto Salazar story for more than four years. In a story on the BBC Sport site published earlier today, Daly encapsulates the events leading up to yesterday’s shocking announcement, from Salazar’s early days as a highly successful Nike athlete (he won the New York City Marathon in 1980, 1981 and 1982) right up to his being barred from Doha’s Khalifa Stadium during the World Championships races currently taking place inside its walls.

Salazar started the Nike Oregon Project in 2001 and became a huge asset to the running arm of the corporation, with his detailed attention to the emerging science around training methods. Mo Farah joined him in 2011, and at the 2012 Olympics Farah took gold in the 10,000m, while Galen Rupp took silver.

Salazar was first publicly exposed as likely engaging in illegal doping practices in Daly’s 2015 BBC Panorama documentary entitled “Catch Me If You Can.” In the documentary, Daly interviews Kara Goucher and Steve Magness, the whistleblowers who told the truth about what was going on inside the NOP.

Daly goes on to describe the role of Magness, the young American coach who was recruited by Salazar and who had departed just before the NOP’s 2012 success. Magness described to USADA the experiments Salazar performed to determine exactly how much testosterone cream could be applied to an athlete’s skin without triggering a positive test. Magness also went along with an experiment to test a rapid-acting (and illegal, under WADA rules) infusion of a supplement known to boost the body’s L-carnitine levels, which in turn helps the body convert fat to energy. At the time, Salazar assured Magness the process was legal. It was not.

Here are two quotes that don’t appear to have aged, particularly well, from the @BBCMarkDaly article explaining the background to the #salazar doping ban…I don’t know how anyone who is actually *in* that world could ever be so confident with their predictions of innocence pic.twitter.com/nJVBZOt14x

After the documentary aired in 2015, Salazar issued an indignant response, denouncing Magness. Rupp and his parents defended Salazar, as did IAAF president Sebastian Coe. UK Athletics performed an “investigation” that found no reason why Farah should not continue to train with Salazar. Farah went on to earn double gold medals at the 2016 Olympics in Rio, where Rupp won bronze in the marathon and Matt Centrowitz won gold in the 1,500m.

At this point it appeared the allegations had gone nowhere, but then the Fancy Bears Russian hacking scandal emerges, implicating Farah and Rupp once again. But they never fail any drug tests, and it appeared Salazar has defeated efforts to expose his methods. But in 2017, USADA produced charges against Salazar and Brown, and the investigation deepened. Salazar, with help from Nike’s lawyers, challenged the charges, which went to the American Arbitators’ Association (AAA). Meanwhile, Farah put distance between himself and Salazar, returning to England while denying his leaving had anything to do with the doping charges. Centrowitz left also. During closed-door hearings beginning in 2018, Magness and Goucher, who claimed she’d been repeatedly pressured to take thyroid medication she didn’t need in order to help her lose weight and thus boost her performance, were repeatedly interviewed by both sides.

Tell the truth. Own your mistakes. Choose the difficult path.

In the short term, it might feel horrible, but over the long haul it's the only path to take.

Speak up, stay true to your convictions. None of us are perfect. But we can all aspire to be better.#CleanSport

Daly now says this is “surely the end of Salazar’s coaching career, and possibly even NOP.” He also comments on the role of UK Athletics, which “stands accused of whitewashing its review and turning a blind eye to the concerns about the man who turned Farah into the world’s best, blinded by the promise of more gold medals.”

One of the biggest questions concerns the impact on Farah and how his accomplishments on the track now bear the taint of his association with Salazar. “What this decision means is all of (Farah’s) greatest achievements on the track were delivered under the tutelage of a coach who has been exposed as a cheater and a doper,” says Daly. “That doesn’t mean Farah cheated; there is no evidence he did. His judgment, though, will come under intense scrutiny.” Daly quotes Magness implying that if Farah was clean, he should have left Salazar two years before he finally did. 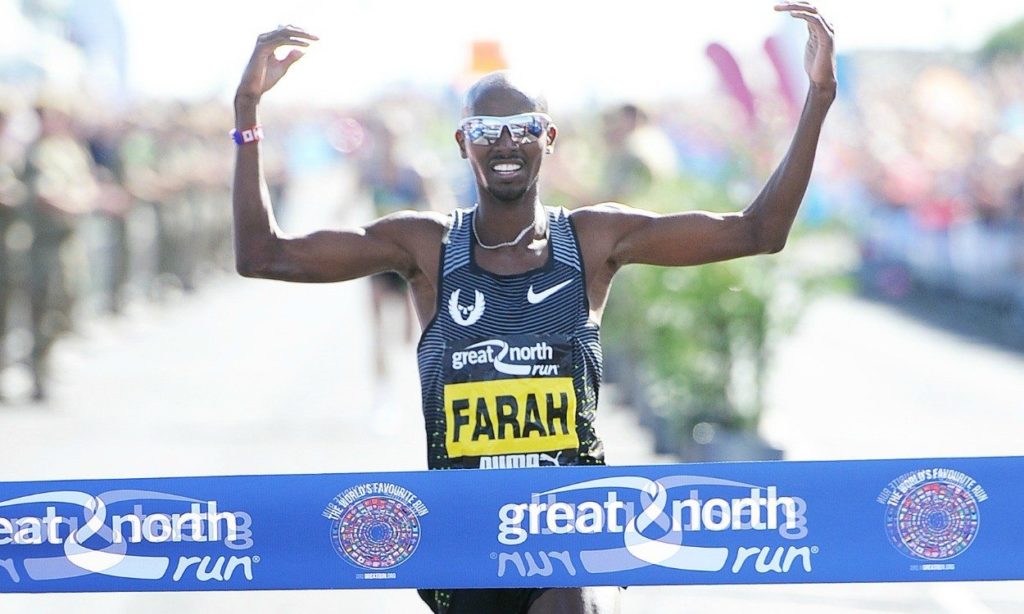 Earlier today, Farah issued a statement condemning Salazar. “I left the Nike Oregon Project in 2017 but as I’ve always said, I have no tolerance for anyone who breaks the rules or crosses a line,” Farah says. “A ruling has been made and I’m glad there has finally been a conclusion.”

Farah is slated to defend his Chicago Marathon title on October 13.