More than 260 people were injured in the 2013 bombings, and three people died: 8-year-old Martin Richard, 23-year-old Lingzi Lu, and 29-year-old Krystle Campbell. What many people may not remember, however, is that two policemen were also killed later, as a result of confrontations with the bombers: 27-year-old Sean Collier and 28-year-old Dennis Simmonds. 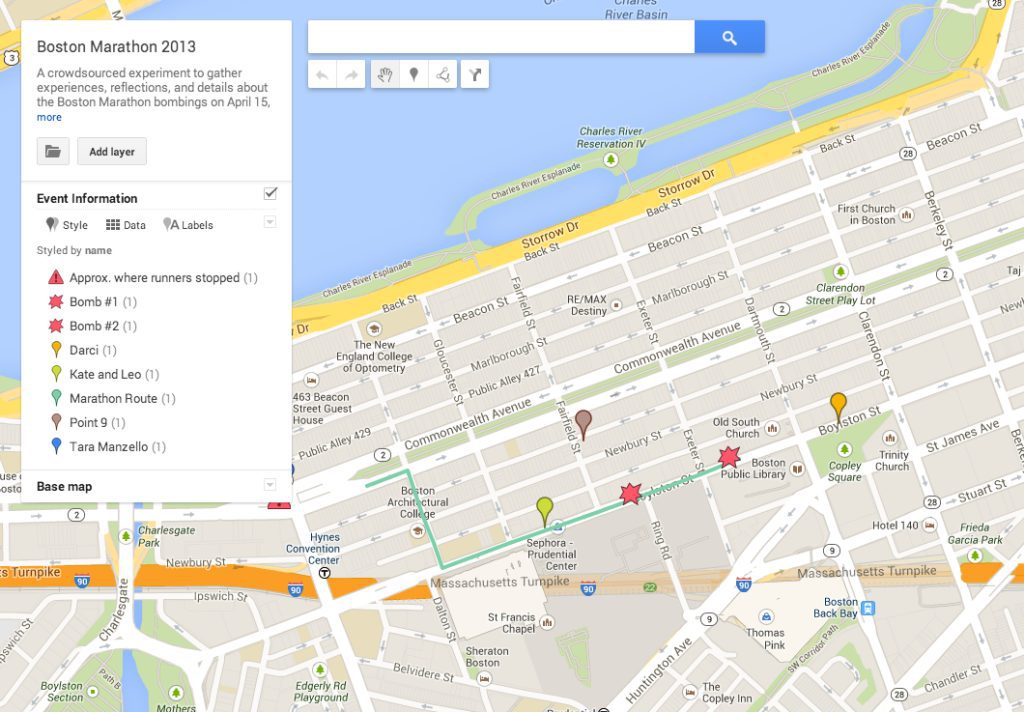 The permanent memorial, which has been in the works for more than a year, is being created by the Bolivian sculptor Pablo Eduardo in his foundry just northeast of the city. Eduardo is also known for the 10-foot-high sculpture of the city’s longtime former mayor, Kevin White, at Boston’s Faneuil Hall, and he has many installations in his home country of Bolivia.

The memorial, which more than 50 people have worked on, is described in the Globe story as “an abstract fusion of granite, bronze, and glass,” will cost the city $2 million, and will feature a circle of dark granite at the centre, and a small stone pillar of rough-hewn granite for each of the first three victims, sourced from areas that held meaning for each. Each pillar will be surrounded by a narrow bronze ring with a short inscription. The two fallen officers will be memorialized with two bronze bricks inscribed with their names and badge numbers.

Currently the site is being built inside two white temporary structures at the sites of the two explosions on Boylston Street. These will be removed before marathon day and the area protected with barriers. Four cherry trees have also been planted at the site of the memorials.