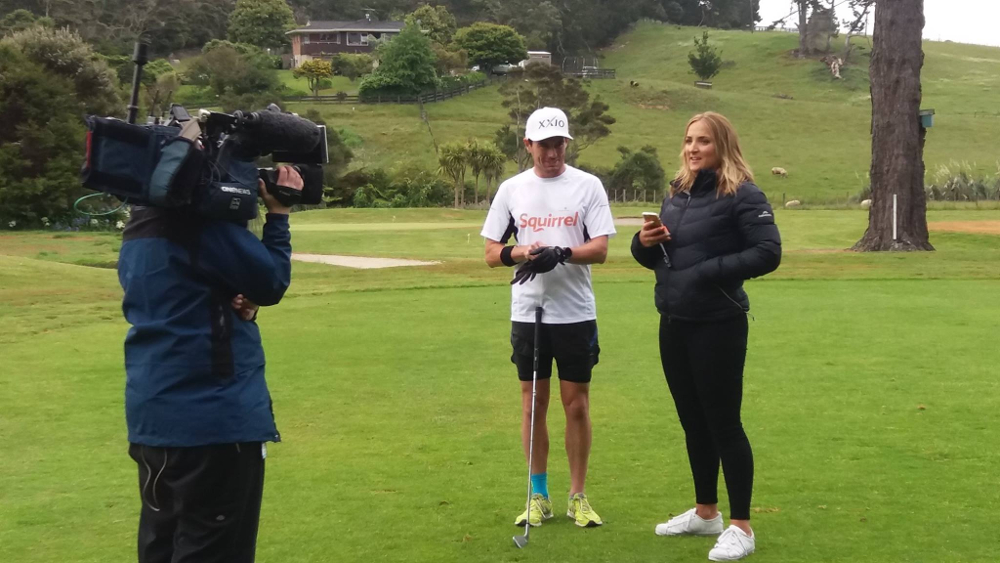 Brad Luiten averaged 6:58 per kilometre for almost 100K, all while playing golf.

Beginning at 7:40 a.m. local time on Dec. 12, Luiten attempted to break the world record for most golf holes played in a 12-hour period. The official mark to beat was 221, according to Guinness World Records, set by Canadian Scott Holland on May 5, 2005 in Banff, Alta. Earlier this year, ultrarunner Karl Meltzer completed 230 holes of golf in 12 hours in Napa, Calif. though that mark does not appear on the Guinness World Records page. An Irish golfer covered 234 holes of golf in 12 hours in July.

Footage of the record must be submitted in order for the attempt to be ratified by Guinness and the golf course must be at least 6,000 yards (5,486m).

On the 18-hole course, Luiten would run to his ball after each stroke. Ideally, the less strokes, the less time Luiten would be running to chase his ball. He had friends scattered around the course to help him locate the ball to quicken the attempt. He chose a single club since it meant carrying less weight and not needing a traditional golf bag.

237 holes of golf in 12 hours – Kiwi speed freak #BradLuiten just did that with a 6-iron and a pair of fast legs! pic.twitter.com/SZuquTrHUR

Luiten, carrying only a six-iron, completed 237 holes (just over 13 rounds) in 11 hours and 20 minutes. He did not continue for the extra 40 minutes as he had already surpassed the necessary mark. He recorded the entire achievement on Strava, a social media platform where people share their training, and captioned the run “237 golf holes in 12 hours although it was smashed at 11:20 so [I] pulled the pin.”

The combination of running and golfing even has multiple global events including the annual Speedgolf World Championships, which this year was held in Chicago Oct. 17-18, and the Ultra Speed Golf Challenge.

The north Auckland, New Zealand resident broke the mark, unofficially, at the Helensville District Golf Club in Kaukapakapa, New Zealand. If his name is added to the Guinness record books, it won’t be the first time. As of Dec. 18, Luiten holds the world record for fastest 10K on crutches, set in 2015.

The 35-year-old speed golfer has lifetime bests of 1:11 in the half-marathon and 2:39 in the marathon. On Dec. 12, his best fastest split was approximately 4:21, according to his Strava.