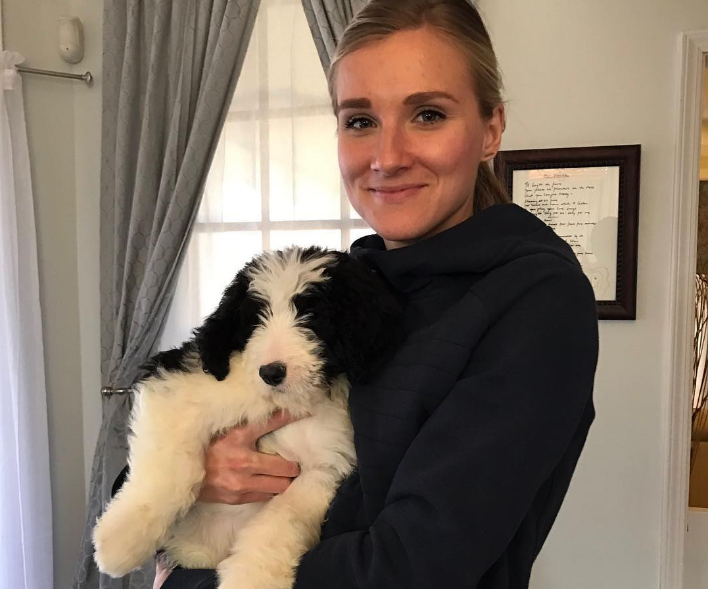 Everyone’s favourite track power couple is no longer a family of two. Olympic heptathlete and decathlete Brianne Theisen-Eaton and Ashton Eaton have just welcomed an adorable, fuzzy third member to their clan.

Named Zora, the Bernese mountain dog, poodle mixed breed is once again making us jealous of the track duo.

When both athletes competed at the Rio Olympics last summer, all eyes were on them as they demonstrated some serious relationship goals. We couldn’t help but swoon as Ashton Eaton wore a Canada hat to cheer on his Canadian wife as she competed in the seven-event feat on the track and in the field. His support did a lot of good– Brianne took home a bronze medal for Canada. And of course, she showed her support too as Ashton battled it out to eventually win the gold medal.

Recently, both athletes announced that they are retiring from the sport. Ashton said he has done all that he has hoped to accomplish and Brianne wrote about feeling burned out after Rio.

While that was sad news, both Canadian and American track fans wished them well on future endeavors. It seems now that one of their current life events is parenting the new puppy. Jealous…

Celebrating our last morning together as a family of two! ? #zora