It took over 10 years, but Usain Bolt‘s 100m record of 9.58 has finally been broken, and by someone you probably wouldn’t expect: Britney Spears. Spears posted on Instagram yesterday to tell the world that she had just run a 100m dash in a time of 5.97, a full three and a half seconds faster than Bolt’s best time. Sprinting records are usually lowered by fractions of a second, which makes Spears’ run all the more impressive. 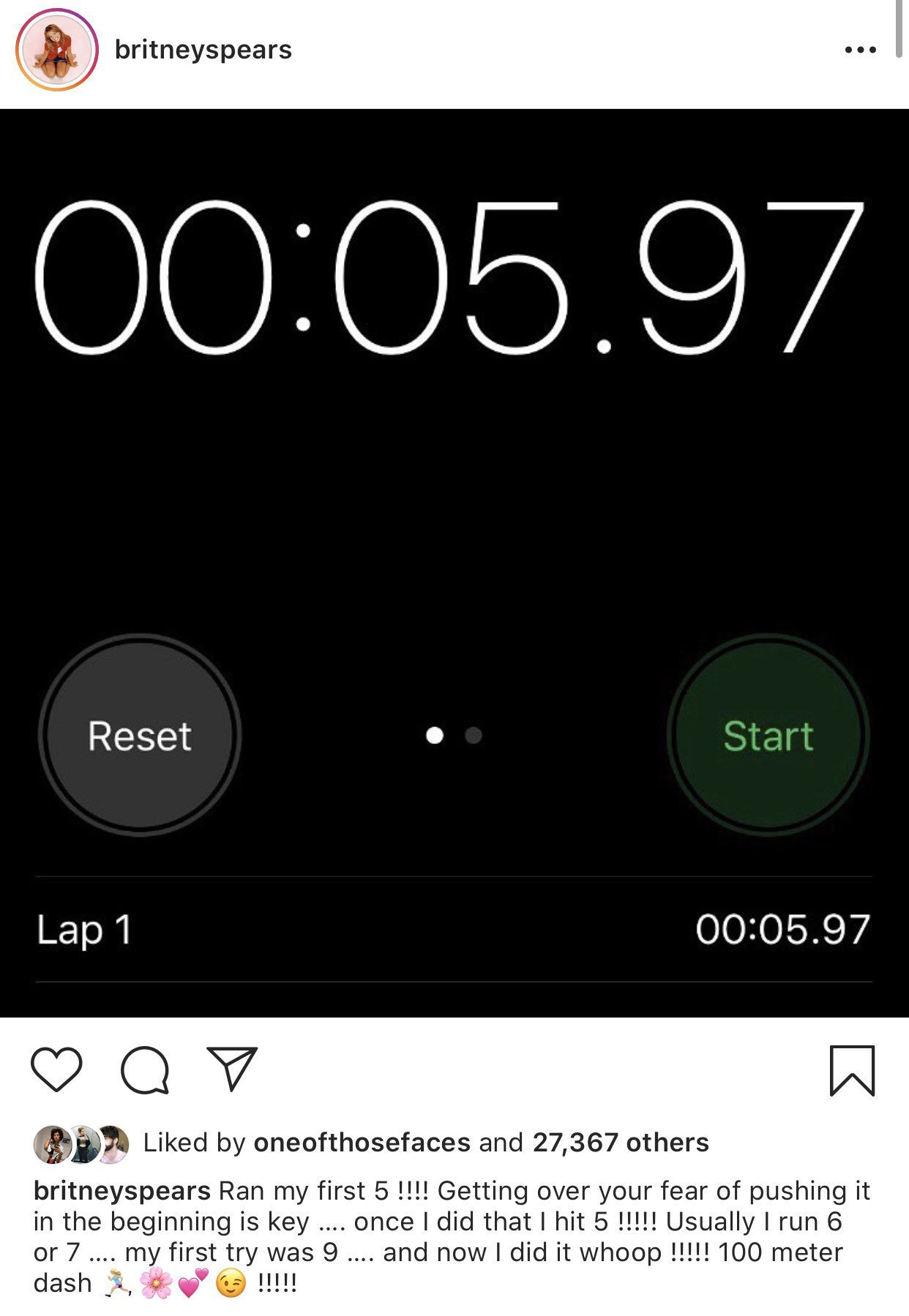 While her time of 5.97 is by far the best in history, Spears wrote, “Usually I run 6 or 7,” and that her “first try was 9.” Imagine that—the track world has been chasing Bolt’s record for a decade and coming up short every race, but this American pop sensation has been running sub-10-second 100m dashes ever since she started.

Until Spears, no woman had ever run sub-10 for the 100m (the official women’s world record is 10.49 by Florence Griffith Joyner). What’s even more astounding is that Spears says she routinely runs six or seven seconds, and now she has dipped under a six-second barrier that, until now, wasn’t on anyone’s radar.

The REAL reason they shelved the Olympics. Scared of true greatness. https://t.co/zkTExG7E59

In 2012, National Geographic recorded a cheetah named Sarah at the Cincinnati Zoo as she clocked a 5.95 100m dash. This was (and still is) the fastest time run by any animal on the planet, although Spears got incredibly close. Spears has shaved so much time off previous records, it seems inevitable she will try to overtake Sarah the cheetah’s record. After hitting such high speeds, it can be tough for sprinters to improve by even just 0.02 seconds, but Spears has shown that anything is possible.

Spears will turn 39 this December, but since she’s posting times like these now (without a coach and presumably lacking a proper training regime), it seems like for her, age is just a number. If she ran for Team USA, she would be the oldest sprinter by far, but even on a bad day, she would likely still take home the gold medal. Even an eight-second dash would get her the win. She’s definitely one to watch as we work toward Tokyo 2021.