Surin was appointed to the role by the Canadian Olympic Committee (COC) in Montreal. He was chosen for the position based on his accomplishments as an athlete, philanthropist, motivational speaker and role model for younger athletes.

Find out what Bruny Surin had to say about his role as Chef de Mission 👉 https://t.co/p8WzENJrPT pic.twitter.com/QzXY92A6JA

Being Canada’s chef de mission has been a longtime goal for Surin since retiring from competition 20 years ago. “When I received the call from the COC and the board, I jumped into the air–it’s a dream come true,” Surin said in a press release.

Every national team at the Olympic Games has a chef de mission, whose role is to take responsibility for the welfare of the team, with the most important component being the performance of the athletes. 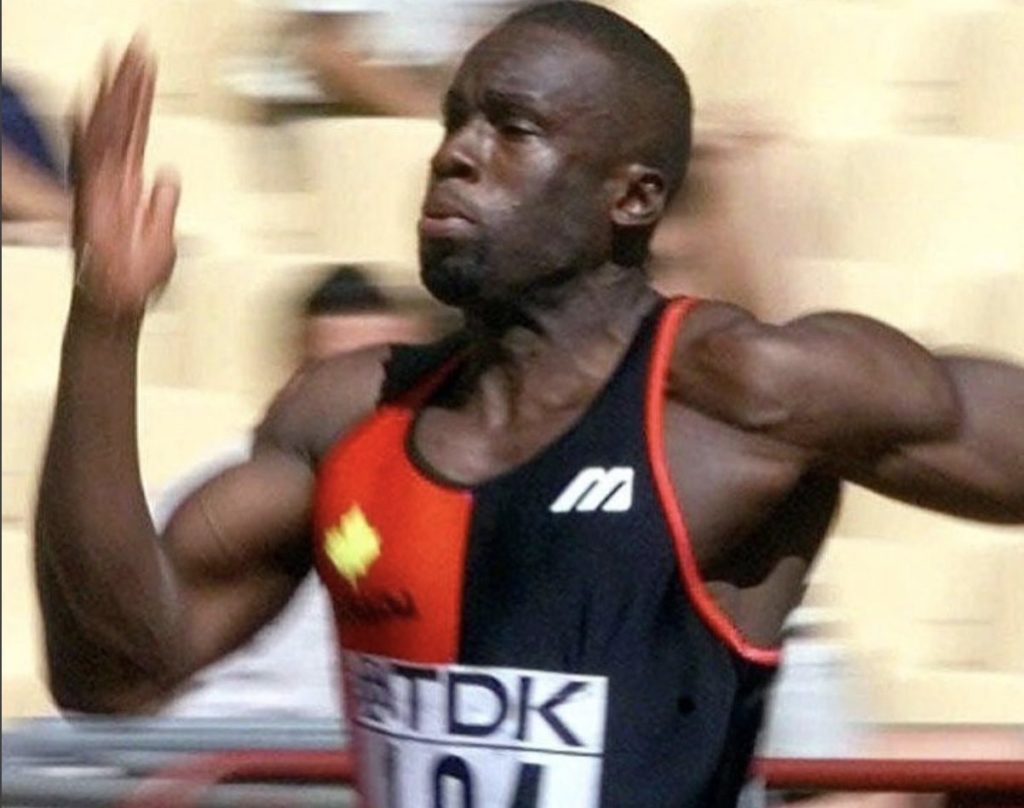 In 1996, Surin ran the third leg in Canada’s 4x100m team that won gold in Atlanta. Over his decades-long career, he reached the podium at several world championships as a member of Canada’s relay teams and was twice crowned world indoor champion in the 60m (in 1993 and 1995). He still shares the Canadian 100m record of 9.84 seconds with his 4x100m relay teammate Donovan Bailey.

After retiring from track and field, Surin was inspired to give back to his community, creating the Bruny Surin Foundation, which raises money annually to support athletes in Quebec, and conducts awareness and education campaigns to promote active and healthy lifestyles for young students.

Surin was previously the chef de mission with Team Canada for the 2018 Youth Olympic Games in Buenos Aires, Argentina. In 2021, he was named to the Order of Canada, which recognizes those who have made special contributions to our nation.

Surin succeeds rower Marnie McBean, who was Canada’s chef de mission at the Tokyo Games in 2021.