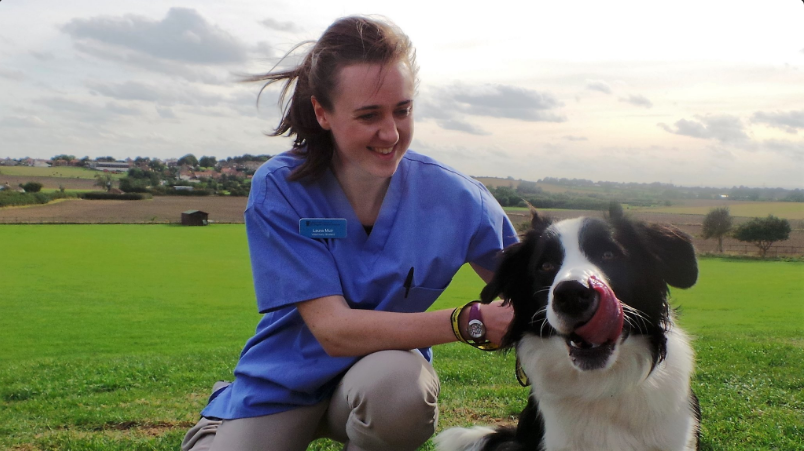 If you’ve used the “I’m too busy” excuse in the past day, week or couple of months, British athlete Laura Muir is about to put you to shame.

If anyone could be given the green light to go ahead and play the busy card, it’s her. Like many 24-year-old women, she’s on the path towards completing her educational degree. Unlike most women her age, she’s a Nike-sponsored athlete and represents her country in international competition on the track and wins titles against her nation’s best runners.

Busy work week? Slammed at school? Got a jammed schedule of holiday events? Most of us are guilty of letting things slide a little during times when we’re pushed to fit everything in. Next time that happens, consider this: Muir works more than 70 hours a week at an animal hospital in Glasgow while also training to be top of the pack of elite-level runners. Yes, that’s right, she spends her days saving other people’s pets and still keeps her body in ship-shape to toe the line at world and European championships and Olympic competitions. Oh, and of course, that’s on top of doing regular 24-year-old woman stuff.

Great to be back!
First race since London WC and retained my @scotathletics 4k #LindsaysXC title 😊
Thanks for all the support out there ❤
Photo cred: @Bobby_ThatOneMo pic.twitter.com/ae1RSyGRlp

That’s certainly admirable by any standards. How does she make it all work?

Recently, after defending her title at the Scottish Cross-Country championships (her first race since London World Championships) she told The Guardian that she’s actually not even feeling too much pressure. She foresaw how hectic her schedule was going to get so two months ago, she batch-cooked all of her meals. Knowing that she she wouldn’t have extra time for grocery shopping, meal prep and the clean-up that goes with it, she packed her entire freezer full of lunches and dinners to see her through.

RELATED: Busy schedule? You have time to run… with these simple hacks

To add to that, she’s not expecting any less of herself goal-wise. She thinks she’s well capable of going to the 2018 European Athletics Championships in Berlin and her goal is to come back from that competition with a medal in hand. Same goes for world indoors in 2018.

Early morning after the night before.
Night shift done at the equine hospital, now time for some zzzzz 😴 #vetlife pic.twitter.com/9lzEiyFgAe

Muir missed only one training session in the fall when dealing with an emergency situation at work. That makes her confident that she’ll continue to be able working on her degree while competing on the world’s stage.

Most would probably buckle under the pressure her lifestyle brings but rather than get stressed, Muir said that she trains and races well when she has enough going on in her life to distract her. To add to that, she loves both her studying and her running and told The Guardian that she wouldn’t have it any other way.

Who wouldn’t want someone this awesome to succeed?