On a cool Saturday morning in West Orange, New Jersey, Canadian ultrarunning legend, Trishul Cherns, completed his 300th ultramarathon at the Squatchy Leftovers Maple Leaf 50K. At 64, Cherns’s ultrarunning career has stretched over 43 years and he has no intentions of stopping anytime soon. We sat down with him to talk about his 300th run, his storied career and his plans for the future.

The Squatchy Leftovers Maple Leaf 50K consisted of 10 five-kilometre loops through the trails, and was named both for the group that organized the event (the Sassquad Trail Runners) and for Cherns himself (the maple leaf is a nod to his Canadian roots). While you would expect someone to feel sore and tired after the day after running 50 kilometres, Cherns spoke as though he’d merely jogged around the block. “I recover very fast, and so that’s the blessing,” he says. “I could go and do it again today.”

Of course, anyone who knows Cherns’s history in the sport would not be surprised to hear that. He is best known as a multi-day racer, and throughout his career, he has represented Canada in many international competitions. He has broken more than 110 Canadian ultrarunning records and has accumulated more than 73,000 kilometres in ultras, which have included events as short as 50K and as long as 1,000 miles (1,600 km) on the roads, trails and track. “That’s just ultramarathon racing kilometres — that doesn’t mean training or marathons,” he says. 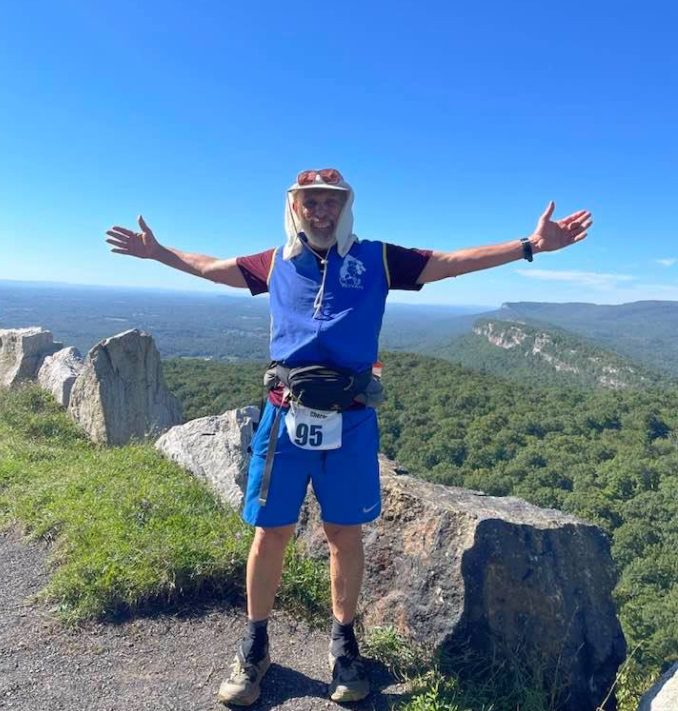 Cherns has been on the podium at dozens of races over the years. “I’ve been first, second and third, and have even placed last in some races, so I’ve done it all,” he says. Out of all of the races he’s done, his most memorable was a 24-hour race in Burlington, Ont. He won, but that wasn’t the reason it holds such a special place in his memory. It’s because his parents were on the sidelines. “There’s something special about winning a race and having your parents there to watch,” he says.

Throughout his career, Cherns has watched the world of ultras change dramatically. Manual timing has been replaced with timing chips, cotton T-shirts have been ditched for technical materials and runners can listen to music now from their phones, rather than carrying around a cassette player. “The technology has been fantastic,” he says. “It’s made the progress of ultrarunning much better and made it more visible.” 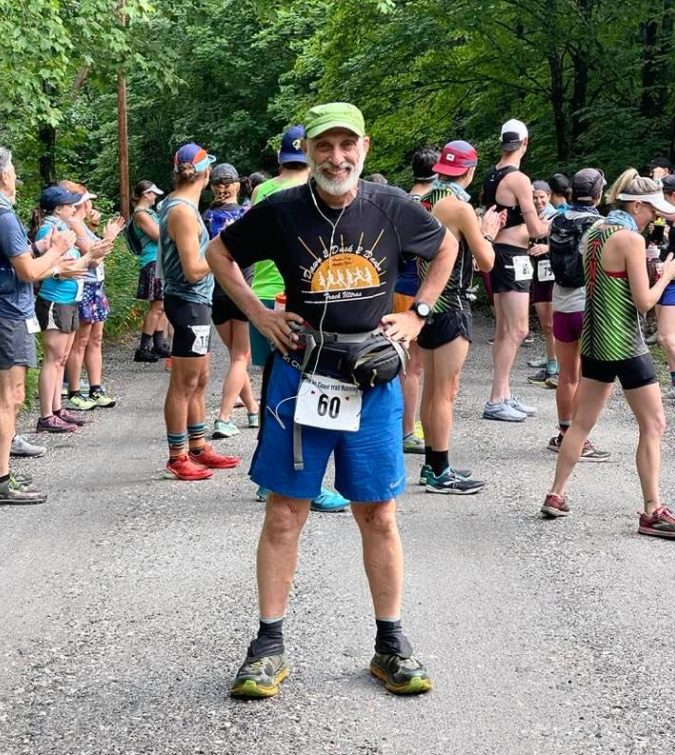 Cherns is excited about the growing popularity of ultra events, particularly in the women’s field. “There are more and more women doing the sport, and that’s fantastic,” he says. That growth has fuelled a rapid improvement in performances as well, and over the past several years, records have fallen time and time again. “Before at an ultra race you’d have maybe 20 people coming out,” says Cherns. “Now you have 150 people coming out.”

Cherns attributes a lot of this growth to the spiritual side of ultrarunning that you don’t get with any other sport or running distance. “When you go these great distances, whether it’s 100K, 200K — more than the marathon — it becomes much more of a spiritual journey,” he says. “You feel more alive when you do an ultra, you feel more vibrant.” He explains that because you’re left with yourself during an ultra, you have more of an opportunity to connect with yourself on a mental, emotional and spiritual level.

“When you run a 5K or 10K, it’s a physical effort,” he says. “When you run 50K or 100K, 10 times the distance, it becomes much more than just physical. It becomes an emotional test, a mental test, it becomes a journey.” 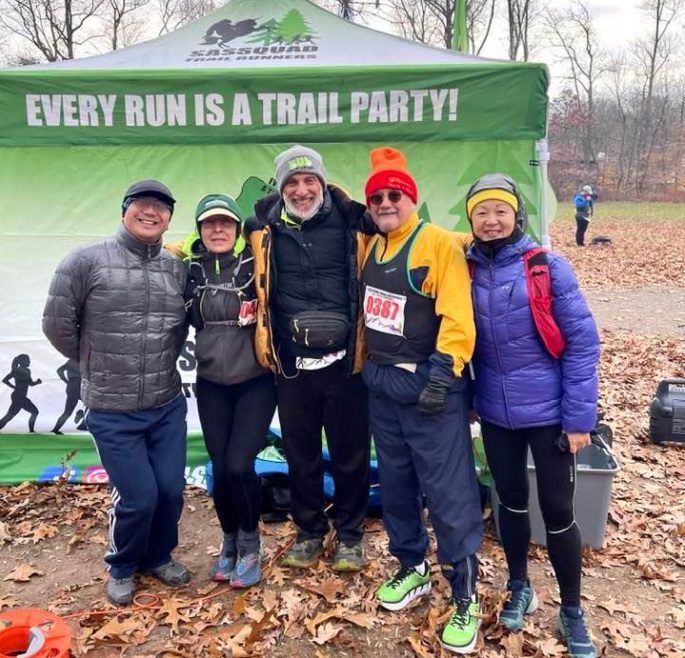 He also credits the ultra community for fuelling the growth of the sport, noting that unlike a marathon or other road races, ultras are less about the competition and more about the camaraderie between yourself and other runners. You’re no longer running against people, you’re running with them.

As he nears his 65th birthday, Cherns notes that he no longer has a 30-year-old body (even if his mind thinks he does). His goals have shifted as he’s gotten older, from performance and placing to getting across as many finish lines as he can. “I no longer run to compete, I run to complete,” he says. “But if I can compete, then great.” 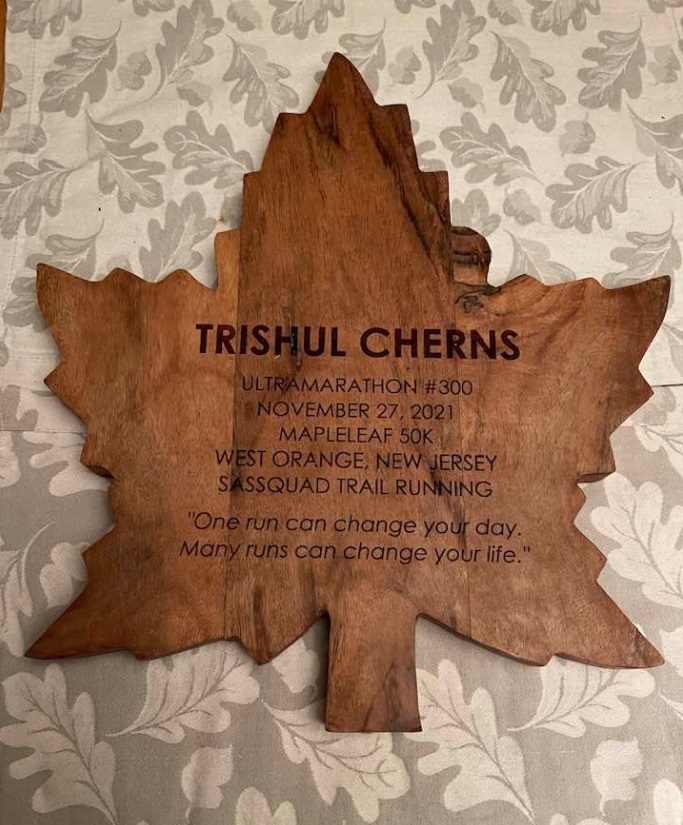 “I enjoy each and every journey. Each race is different and presents a different challenge,” he says. “But to me, from the goal point of view, that’s what I’m after.”