Aurora Rynda of Toronto is in her first year at the University of Michigan, and the 800m runner isn’t wasting time making her presence known in the NCAA.

The 18-year-old has already put herself up on the big boards, running the second fastest freshman time in the NCAA of 2:06.80, which places her 17th in the 800m overall. Top 16 individuals in each event make the NCAA indoor championships in early March. Rynda had a very impressive high school career, making multiple national teams and winning several OFSAA medals.

RELATED: NCAA champion Jaimie Phelan on her mental health journey and the power of a team

Rynda said the biggest lesson she’s learned since starting at Michigan is the importance of communication with her coaches. “I was on my old team and with my old coach for seven years. Before I left for school, Terry [her high school coach], sat me down and explained that I had to be 100% honest with my new coach and communicate how my body was feeling. That’s the only way to stay healthy.”

RELATED: Allie Kieffer and Brad Hudson on the coach-athlete relationship

Rynda has listened to that advice and training is going very well. “Workouts have been really challenging but rewarding at the same time. I’m surrounded by coaches and runners who are great people with big goals. The team dynamic honestly feels really similar to my old team at the University of Toronto Track Club, which is really great.” 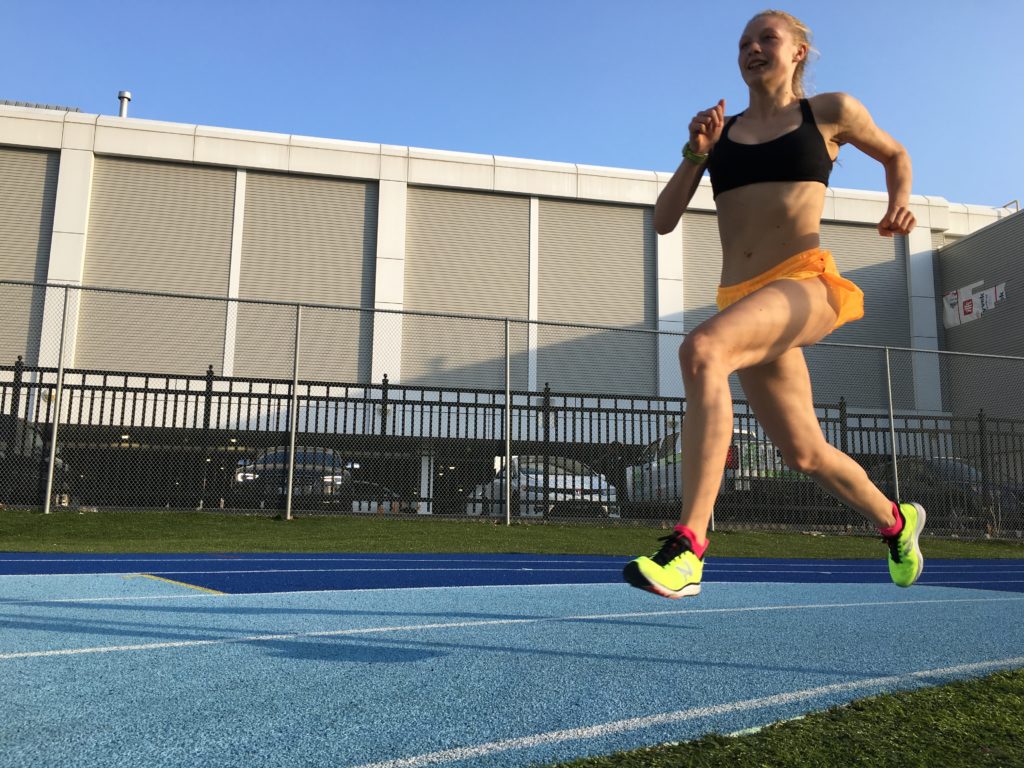 Rynda is headed to Nashville this weekend to race an 800m and 4x400m. She’s hoping to qualify for the NCAA Indoor Championships there. “Top 16 get to go and right now I’m number 17. Historically you have to run around a 2:05 to be safe, so I’m trying for that.” After Nashville, Rynda will head into her championship season at the Big 10 Championships. In terms of longer-term goals, Rynda’s hoping to make the NCAA Outdoor Championships in the 800m and the Pan Am Junior final.

There is a commonly held understanding that NCAA programs can train runners into the ground, seeing them as a certain number of points for a team as opposed to a student-athlete. Rynda says this hasn’t been her experience at all. “My coaches want to make sure I’ve got big goals, but also that I’m not overdoing it. This program works really well for me, and I think ultimately it’s all about finding what’s right for you.”