The December issue of Forbes Woman Africa magazine, on newsstands throughout the region today, features an exclusive interview with Caster Semenya, who appears on the cover with the caption “I am just priceless: Caster Semenya on being herself and winning against all odds.”

[NEW EDITION] In the new #ForbesWomanAfrica magazine, we sit down with South African Olympic gold medalist, #CasterSemenya @caster800m. She discusses being herself, and winning, against all odds. Grab your copy! pic.twitter.com/8LWwKhfjYC

Semenya is in the process of challenging the IAAF ruling that she must reduce her naturally-elevated tesosterone levels in order to continue to compete as a woman at distances under one mile, and many people support the IAAF’s position.

Semenya appeared on the cover of Elle South Africa in December 2016.

Methil Renuka, the editor of Forbes Woman Africa, told a reporter at a media unveiling, “There was absolutely no debate. We all agreed from day one that she would be a great choice for the cover… Despite all the odds, despite everything that she’s faced, she’s stayed the course… What actually captured me about her, it’s just her humility. How do you stay so humble?… She’s just everything that the magazine stands for: power, inspiration and influence.” 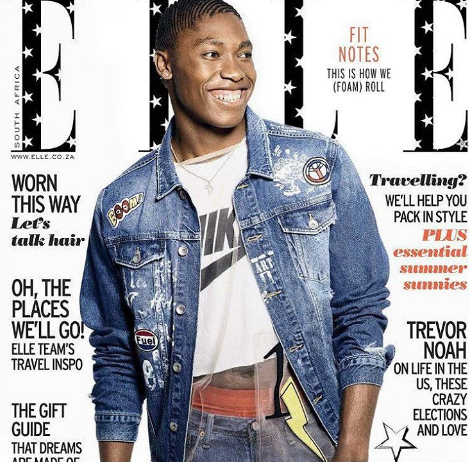