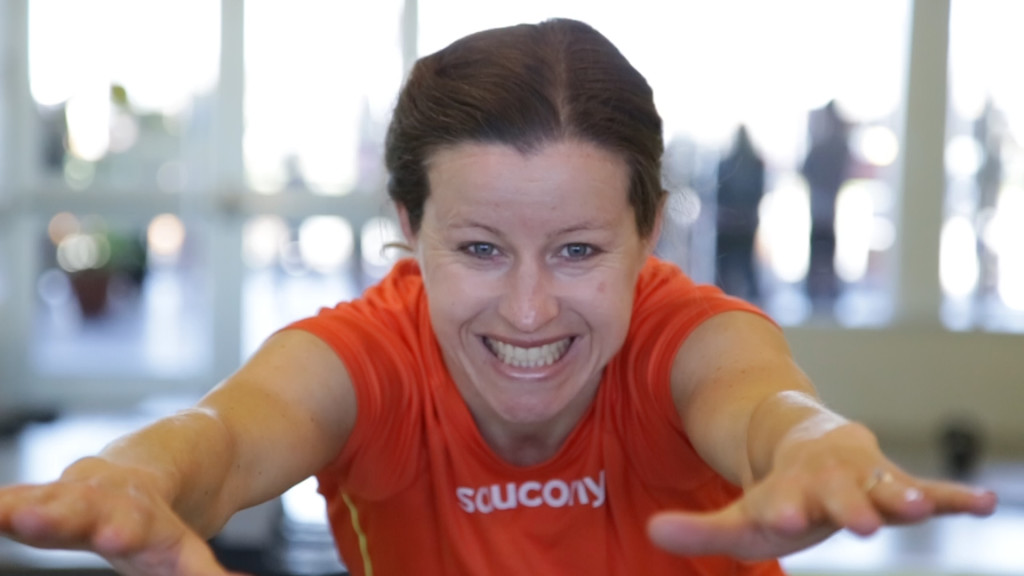 Brantford’s Krista DuChene is about to have a big year. In January, she turned 40 which means that she’ll now be competing as a master’s athlete. A veteran of 13 marathons, she’ll be lining up to run the Virgin London Marathon on April 23rd and (spoiler alert) is hoping to run faster than ever before. She is also currently among the top three Canadian women who have run the required standard necessary to compete at the 2017 IAAF World Championships, also in London. Soon she will depart for a high-altitude training camp in Kenya which will also be her first. We caught up with DuChene to ask her a few questions about the exciting prospects that 2017 has in store.
RELATED: Krista DuChene wins Re-Fridgee-Eighter 8-mile in the snow
Canadian Running: Congrats on your recent victory at the Re-Fridgee-Eighter 8 Miler. Tell us about racing in those tough conditions and how that will influence you going forward.
Krista DuChene: While driving to Waterloo for the Re-Fridgee-Eighter 8 miler in freezing rain and flurries, I was tempted to turn around and hit the treadmill at home. But, I was committed and I think it’s important to continue to support the smaller, more local races. It wasn’t a great weekend to race due to my womanly cycle, which brings weight gain. Additionally, the previous evening included a visit from doping control, which took an hour and 40 minutes. So, after starting the race in a few centimetres of snow, I concluded that the outcome wasn’t going to be great. Nearly half the race was in snowy or slushy footing with the last few kilometres on partially cleared sidewalks, dodging 8K finishers. Even with some post-race fartlek, I still felt I didn’t get much out of the day but I quickly let it go.
CR: You’re currently training for the London Marathon. How has your training gone so far and what are your goals?
KD: After racing the 2016 Olympic and Scotiabank Toronto Waterfront Marathons, I knew recovery was going to be very important. I took a few weeks off, started into some easy running, then safely transitioned to the beginning of my build for London. Now in mid-February, I have two more weeks until I race the Chilly Half Marathon [in Burlington, Ont. on March 5th] then leave for four weeks in Kenya for my first-ever stint of altitude training. I’ll return home and have two-and-a-half weeks until I race in England. My goal is to run a personal best [currently 2:28:32].
CR: You’re now training under Dave Scott-Thomas with Speed River. What changes have you made to your training as a result?

KD: Joining Dave Scott-Thomas and the Speed River group is one of the best career decisions I’ve ever made. Every aspect of my training has been examined and we’ve added to some areas while taking away from others. Specifically, my cross-training decreased and my mileage increased. My workouts have been more marathon-paced and fartlek focused, and my easy runs have been slower and more recovery-focused. I’m also doing some new strength and drill exercises. This year was a perfect time to transition to a new program. Every drive home after a workout has me smiling and reflecting on how much more I love this running thing.

CR: You’re also now a masters athlete. What, if any, changes has that made to your approach? Also, what did you do to celebrate your 40th?
KD: I think the only approach to my running career that I’ve changed is my mentality that it’s now or never. I only have a few more years to peak. Changing coaches and committing to a month of altitude training was my way of saying “I’m doing this” regardless of the outcome. This way, I’ll know I did everything possible within my control to succeed. I did not want to look back and have regrets. For my 40th birthday, my family made me a delicious chocolate cake with peanut butter frosting, gave me beautiful earrings and a trip to Kenya. I couldn’t have asked for more!
CR: Athletics Canada recently announced a change to the marathon standards for London/Worlds 2017 and you’re in one of the top three spots. Does this mean you’ll be running two marathons in London this year? If so, how will the shorter turn-around affect your training?
KD: Competing at the 2017 World Championships would be my fourth marathon in 13 months. The last time I did that was seven years ago when transitioning from recreational to elite marathoner, before taking my third and final baby break. A lot has changed since then and it would be risky. Having said that, I only have so many more opportunities left. Declining a well-earned spot to represent Canada would not be an easy decision to make. Ultimately, it’s going to depend on my discussion with Coach Dave and how I feel after racing the Virgin Money London Marathon.