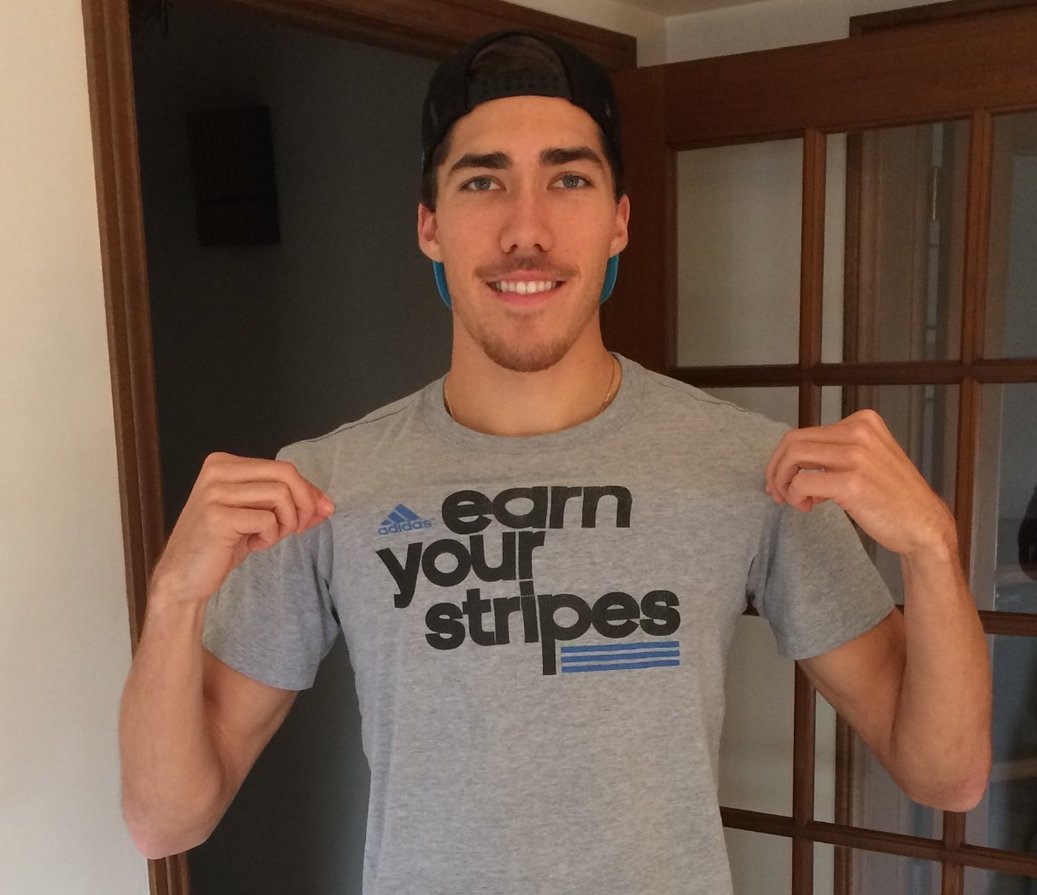 Adidas signed 22-year-old rising star Corey Bellemore on Thursday making the deal the second major endorsement of a beer miler. The University of Windsor student holds the beer mile world reord (4:34) and also has the ability to make national teams for Canada with 1:47 and 3:43 times to his name for the 800m and 1,500m.

“We were looking at a few different companies and then Adidas came up last second,” Bellemore says. “Heard good things about them from the coaches of Brandon McBride (fellow Windsor athlete). It came down to their reputability, the familiarity with the products and the ability to grow moving forward.”

The North American, Central American and Caribbean (NACAC) U23 bronze medallist in the 800m rose to beer mile fame in July and August 2016 following two races over the span of four days. First, he set a beer mile world record on a local track breaking the previous mark by eight seconds. Days later, he flew overseas to London and won the Beer Mile World Classic in another record-breaking run. His 4:34 is 13 seconds better than the second-best performance of all-time.

Because there are two global beer mile events, the World Classic in the summer and the FloTrack Beer Mile World Championships in December, Bellemore will focus specifically on track and cross-country for the other parts of the year. The endorsement means that Bellemore will represent both Adidas on the track circuit as well as the select times that he runs a beer mile.

“I’ll have to pick and choose,” he says. “I’ll continue to train for running specifically and focus on the beer mile when the time comes.”

Bellemore showed his range this fall running 30:37 for 10K on a cross-country course, winning the Ontario University Cross-Country Championships and finishing seventh among university athletes nationally. “This year, we really focused on mileage,” he says. “I was running as much as 145 kilometre per week and tried to see if my body would hold up. I’m a much stronger athlete now.”

A big focus for the summer will be the 2017 IAAF World Championships in London. He would need to improve his 800m time by more than two seconds to approach the necessary qualifying standard for the event. Also this summer are the Francophone Games and the World University Games depending on which championship he focuses on.

Despite having captured the media’s attention in the summer for his 4:34 running and drinking performance, he says that his phone was buzzing more so on Friday than it ever has. TMZ Sports picked up the story as did Darren Rovell, an ESPN correspondent with more than 1.5 million followers on Twitter. Bellemore occasionally gets recognized at Running Factory, the local southern Ontario running store where he works.

Lewis Kent made headlines in 2015 for signing a historic deal with Brooks Running, the first of its kind in the world of beer miling. The growing sport involves running one mile (1,609m) and consuming a 355 mL beer of five per cent or more alcohol at the start of each 400m lap. Kent, who formerly held the beer mile world record at 4:47, resigned with Brooks recently inking a deal until Dec. 31, 2018.

Bellemore’s decision to go with Adidas was also to be a “bit different” as Kent was already signed with Brooks. Overall, Adidas “was the best fit.” Bellemore and Kent share the same agent, Kris Mychasiw.

@LewisKentMiler thanks a lot Lew! You paved the way for things like this

Both Kent and Bellemore are among a strong field of athletes in the men’s race for the Dec. 17 FloTrack Beer Mile World Championships. The women’s world record holder is also in the field. See the full list of entries here.