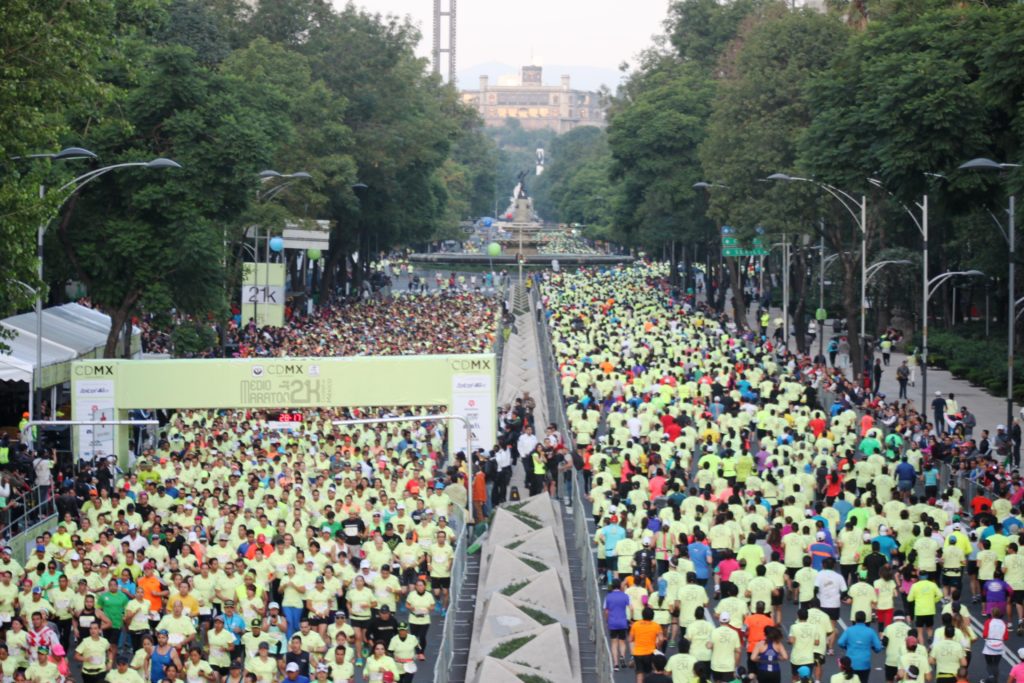 As we reported late last week, 5,806 participants in the 2017 Mexico City Marathon were officially disqualified after an analysis of the results showed that many had missed multiple timing mats. This suggested that they hadn’t run the entire course.

This sparked quite the discussion. Evidence from photos, first-hand accounts and even personal admissions of guilt soon began to mount and confirmed that many had cut the course. Some crossed the starting line and then made their way to the finish while others simply jumped on the course mid-race and ran only a few kilometres.

So what was the motive for this? Was it to qualify for the prestigious Boston Marathon? To win age group awards? In many cases, they did it just for the medal.

They just wanted to “C” the medal

We chatted with Jorge Rodriguez, a runner from Toronto with close ties to the Mexican running scene. He spoke with us candidly about what he feels was the primary motivation for all these runners to shorten the course.

“There’s no doubt many runners did not complete the whole course this year. Most of them have since been disqualified which is the correct decision,” he said. “But they did not do this to secure a spot in Boston or steal someone’s else’s place. They did it for the medal.” 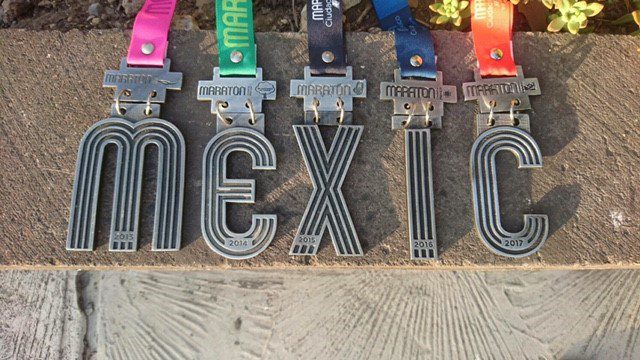 Since 2013, the official finisher’s medal has been in the shape of a letter. In 2013, it was “M” with the next year being “E” followed by “X” and then “I” last year. (Can you “C” where we’re going with this? “O,” we think you can…) The letters of the finishers medals eventually spell Mexico with next year’s being the final letter.

In a way, this was a smart move by organizers. Get people hooked on the idea and basically you’ve got six years’ worth of entry fees from loyal participants. However, on the other hand, it also creates a unique incentive to get the medal at any cost– even if that means cheating your way to the finish where the medal is awarded. This idea also created a hot market where runners sold them online in order to help someone complete their set.

As Rodriguez tells us, “many of the runners paid their entry fee and felt the medal was rightly theirs. Even if they could complete only half or maybe even 5K of the course, they wanted to get the medal at the finish line. They didn’t cheat anyone but themselves and did not intentionally harm or impede other competitors.”

So when is cheating not cheating?

Some will argue that those who didn’t complete the entire distance didn’t earn the medal. But does paying the entry fee not cover the medal as well? Interestingly, back in 2012 when the New York City Marathon was canceled due to Hurricane Sandy, runners could still contact the New York Road Runners (NYRR) and request that a medal be sent to them. Did they earn it? Many would argue not. But according to the NYRR, they paid for it.

Where do we draw the line? Is simply not completing the entire course a form of cheating? Few take issue when a runner starts a race but drops out. Surely, they paid to be on the course and are entitled to the aid and race services available. So why is it OK when a runner starts a race, completes a portion of the course, but doesn’t finish while not starting, running a portion of the course and then crossing the finish line is taboo?

Ultimately, those who didn’t complete the entire course were disqualified. There’s no word so far whether they’ll be permitted to run next year’s event (which provides the last medal to complete the set of letters). The B.A.A. was also notified meaning anyone who uses a result from this year’s Mexico City Marathon will be closely scrutinized.

In the end, a few thousand runners who paid to run a race but didn’t run the whole thing will have walked away with a finishers medal they didn’t exactly earn (Note: There were an additional 7,000 medals after the event so they also didn’t steal medals from others). They may have cheated themselves and the spirit of competition but didn’t directly or intentionally harm the other competitors. Ultimately their own reputations and the reputation of the event–which was aiming to achieve the IAAF gold-label staus–is what will suffer the most.