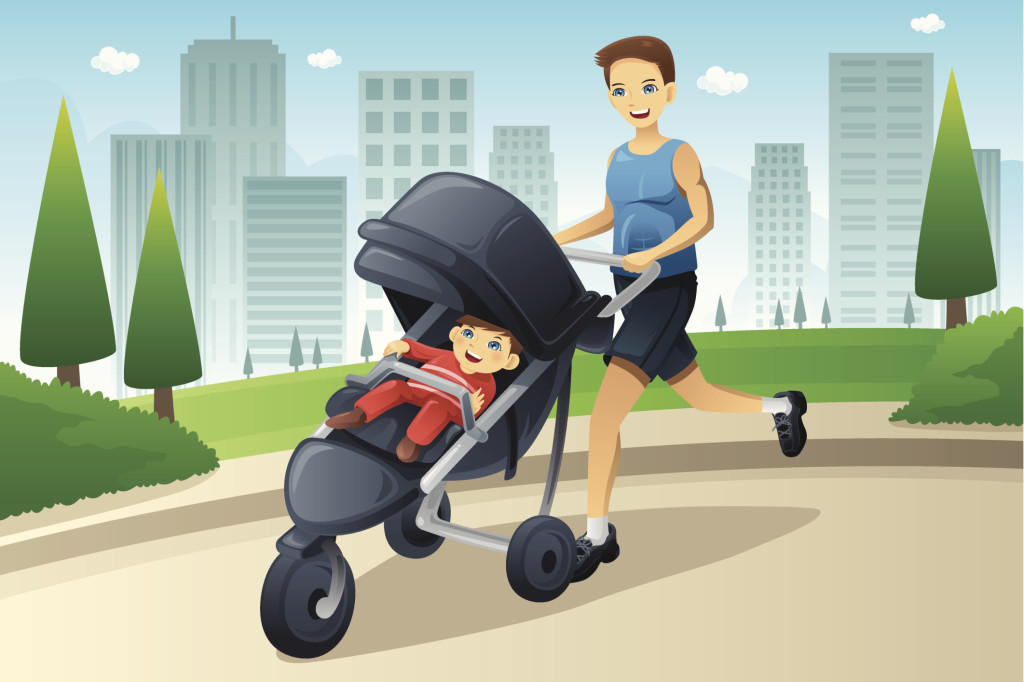 In celebration of Father’s Day, we’d like to bring attention to a possible correlation between fatherhood and running ability. It’s called dad strength.

Dad strength is defined by the urban dictionary as, “strength a dad possesses that will not allow him to lose in physical combat to his son.” It’s power that is accumulated over years of installing car seats, carrying other peoples’ belongings and packing the trunk of a vehicle.

While researchers have not found a direct link between dad strength and running, there’s a chance that a correlation could exist. For example, carrying children and diaper bags simultaneously can develop typically unused muscles, and fortify the mind, both of which are important aspects of running.

Another great example is cooking dinner while working on a child’s science project and answering emails. This scenario shows fantastic multi-tasking abilities, as well as a strong level of commitment, both of which are important tenets of running training.

If you’re a runner and a father, the weekend of June 16th and 17th is jam-packed with race opportunities to test your dad strength on the roads and trails.

Here’s a list of some great races to check out this Father’s Day weekend: