Dave Scott-Thomas, former coach with the University of Guelph and Athletics Canada, has apologized for “the pain and disappointment that my actions caused.” Scott-Thomas’s apology follows the story published in The Globe and Mail in December about Megan Brown, the former Guelph runner who alleged she endured sexual and emotional abuse by the coach in the early 2000s. 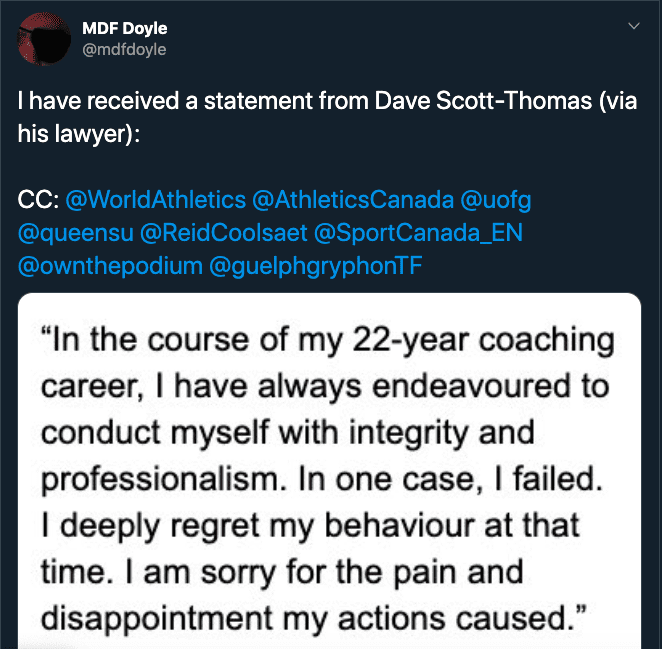 His full statement, provided by his lawyers, reads: “In the course of my 22-year coaching career, I have always endeavoured to conduct myself with integrity and professionalism. In one case, I failed. I deeply regret my behaviour at that time. I am sorry for the pain and disappointment my actions caused.”

While it can be assumed that Scott-Thomas’s apology is in reference to the story brought forward by Brown, The Globe reported a second complaint filed against the former coach in 2019. The former coach doesn’t specify which incident he is referring to in his apology.