Back-to-back Olympic marathon champion Eliud Kipchoge will race a 5K on the famous Champs-Elysées in Paris against the public. The event will take place on Saturday, Oct. 30 to mark 1,000 days until the 2024 Paris Olympic Games.

Those who finish the 5K race before the marathon world record holder will win spots in the mass-participation marathon scheduled to take place on the same day as the Olympic marathon at the Paris Games. Kipchoge will start the race with a time penalty and will chase in pursuit of the runners on the Champs Elysees. Interest has already been high for the event with there being only 2,000 spots, and it being open to everyone. 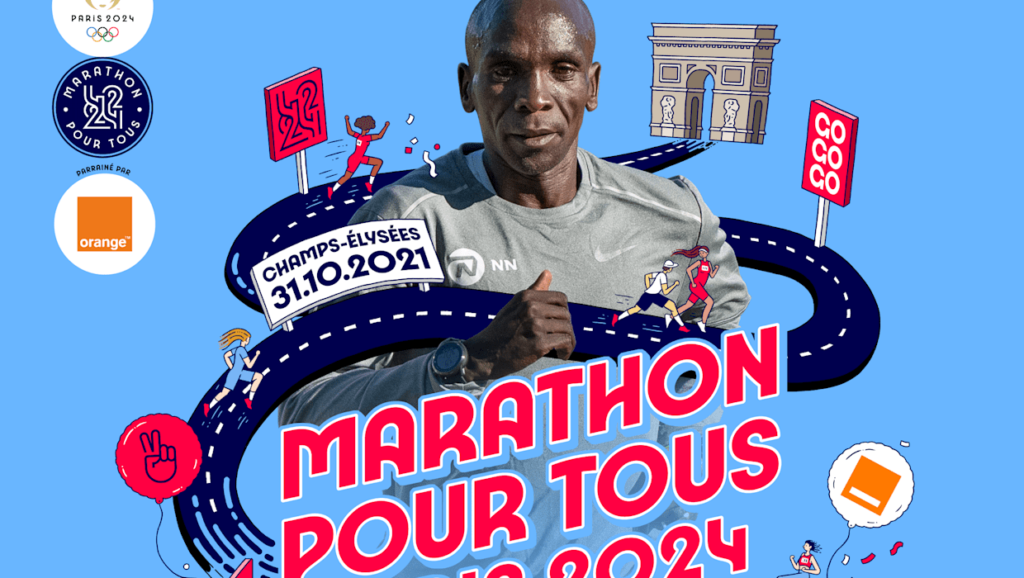 Participants will be divided up at the start line based on their running ability, with the slowest setting off first and fastest last. Kipchoge will then start last with an ‘unknown’ time penalty and attempt to catch whoever he can.

“I am delighted to be heading to Paris 1,000 days before the start of the Paris 2024 Olympic Games for an exceptional challenge,” Kipchoge said in a press release. His current personal best over 5K on the roads is 13:11, which he ran at the Carlsbad 5000 in 2010. Kipchoge promises that many members of the public have a chance at winning a starting bib.

This mass marathon in Paris will mark the first time that an Olympic host city plans to conduct a public marathon on the same day as the Olympic marathon, and the two races will be on the same course.